WASHINGTON—With austerity as the guiding mantra during this budget season, researcher Neal Elliott certainly grasps the concept of a parsimonious Congress nipping and tucking its way to deficit reduction.

But he doesn’t think representatives or senators were particularly surgically adept with their decision to slice away $15.2 million from an already-underfunded agency that generates a cornucopia of energy statistics, analysis and forecasting valued by policymakers, regulators, businesses, nonprofits, think tanks and everyday citizens.

And Elliott, associate director for research at the American Council for an Energy-Efficient Economy, is part of a vocal majority.

Hardly anybody anywhere can make a logical argument for paring the Energy Information Administration’s budget by 14 percent while the nation is stumbling along with what can best be described as a hit and miss energy policy.

“All pounds of flesh are not created equal,” Elliott told SolveClimate News in an interview. “As a think tank working at the state and local level, one of our biggest challenges is bridging data gaps. EIA is a key source of information we are dependent on, and budget cuts just are going to make things worse because operating in the dark is not a good place to be.”

What’s on the Chopping Block?

Though the trims evidently won’t require EIA staff reductions, they will mean stakeholders such as the American Council for an Energy-Efficient Economy won’t be able to count on certain databases.

“EIA had already taken a number of decisive steps in recent years to streamline operations and enhance overall efficiency,” EIA Administrator Richard Newell wrote in a news release last week outlining the initial round of agency adjustments. “We will continue to do so … to minimize the impact of these cuts at a time when both policymaker and public interest in energy issues is high.”

Sen. Jeff Bingaman, who chairs the Senate Energy and Natural Resources Committee, hailed EIA as a neutral and credible source of information.

The New Mexico Democrat, who is retiring when his term ends in 2012, criticized Congress’s decision to make EIA a casualty of the last-minute budget agreement in April. After weeks of acrimonious negotiations, the House and Senate avoided a government shutdown by signing off on a spending measure that slimmed down the government by $38 billion through the five-plus months remaining in this fiscal year.

Bingaman called on his colleagues to be more judicious during the next round of negotiations for the 2012 budget. That included a plea to spare crucial programs such as EIA that help policymakers sort out fact from fiction on energy supplies, demand and markets.

“How does it benefit us to force the EIA to stop collecting information on oil and gasoline proven reserves and prices; to curtail its analyses of the linkages between financial and physical energy markets; or to end its review and analysis of international energy trends?” Bingaman asked. “These cuts just make it that much more difficult to chart a national energy policy that addresses real challenges.”

Although a budget of $95.4 might still seem relatively high, Elliott emphasized that EIA information aids in guiding an energy market valued at about $1.2 trillion that reaches into every sector of the U.S. economy.

He pointed to three specific reductions at EIA that will take a severe toll on the nation’s energy future.

One example is how it will be harder to design and put into place programs that help commercial businesses save energy because work on the 2011 Commercial Building Energy Consumption Survey will be suspended. It’s the nation’s sole source of such data.

A second example is how policymakers, industry leaders and other decision-makers will be relying on dated methodologies because upgrades to the National Energy Modeling System will be suspended. The system is cited as the pre-eminent tool for projecting U.S. energy production, consumption, prices and technologies.

The third example is the impact of EIA reducing the reach of the electricity and coal surveys it usually conducts. Elliott wonders if state and federal regulators will have enough accurate data as they try to calculate the impact of impending Environmental Protection Agency regulations on power plants.

Garbage In, Garbage Out

Incomplete data usually leads to poor forecasting. Elliott cites the perfect storm that mixed the two back in the 1980s when this country over-invested in electricity generation. Power companies paid to site power plants and transmissions lines and ratepayers were socked with the cost of constructing excess capacity.

He fears that scenario could be repeated 30-plus years later as the nation faces the prospect of replacing $50 billion worth of power generation assets.

“Before we make the investments is the time that we need really good data,” Elliott said. “What is the risk of not having the best data available? We can never go back and collect the data we don’t collect today. We can’t see trends if we don’t have data.”

He fears that a dearth of energy information will be harmful to businesses and institutions trying to make strategic investment decisions.

For instance, he said, hospital administrators will have a hard time determining which energy-efficiency measures can free up more money for patient care and heat pump manufacturers might struggle to predict the market demand for their products.

Although many media outlets are claiming that budget cuts are requiring EIA to eliminate its annual published inventory of greenhouse gases, that isn’t exactly the full picture.

Back in 1992, Congress tasked EIA with tracking releases of heat-trapping gases nationwide. EIA continued doing so even after EPA took over those duties, and the two agencies signed a memorandum of understanding to allow cooperation on this effort.

For years, researchers at EIA consistently tracked amounts of carbon emitted by both mobile and stationary energy sources. Those numbers, what they loosely refer to as a “first draft” of a report, have been and will continue to be shared with EPA specialists who pluck details from it to use in the final emissions document that is submitted to the United Nations annually.

Even with the recent budget cuts, EIA will continue to make that information publicly available, EIA economist Perry Lindstrom explained in an interview with Solve Climate News.

However, the latest round of budget cuts means EIA will no longer calculate emissions of other greenhouse gases from energy sources, Lindstrom said. That’s basically eliminating a government redundancy, he added, because EPA already calculates those emissions.

That means EIA will no longer track, for instance, emissions of methane leaking from landfills and methane being emitted by agricultural practices and industrial processes. As well, EIA will no longer be collecting data about nitrous oxide emitted in the agricultural sector, mainly from nitrogen fertilizers, manure and crop residue; the industrial sector; and from sources such as wastewater treatment plants.

Private Sector to the Rescue?

Though it came into being under a different name, the EIA traces its creation roots to the mid-1970s when the nation struggled with multiple energy crises. While some observers maintain that the private sector can fill the data gap left open by EIA budget reductions, Elliott is convinced that isn’t the case.

For one, EIA has the ability to compel participants to report data because of its status as a government agency. Also, contributors know that EIA is required to keep private all details other than the information requested for publicly available databases.

While for-profit outlets such as Moody’s Analytics and Platts might compile similar sorts of databases, Elliott said, much of that commercially generated data is aggregated from public sources such as EIA.

Elliott has 30 years of experience in the energy efficiency field.

He carefully tracks funding available for energy efficiency. That keen interest prompted him to team up with co-worker Rachel Gold to write a February 2010 report titled “Where Have All the Data Gone? The Crisis of Missing Energy Efficiency Data.”

Not surprisingly, the report highlights Congress’s stinginess in funding EIA and other governmental data agencies during the last two decades. That has led to what the co-authors call spotty and uneven data quality that creates information gaps and impedes rigorous analysis.

Unfortunately, he doesn’t expect that trend to be reversed anytime soon.

“There’s such a thing as being penny-wise and pound-foolish,” Elliott concluded about the most-recent EIA budget trims. “In this business, we’re always operating in a world with a paucity of data. Whenever there are cuts, it makes our challenges even greater.” 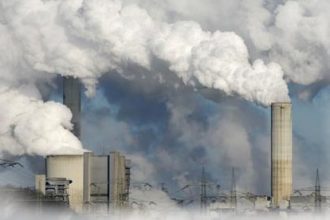 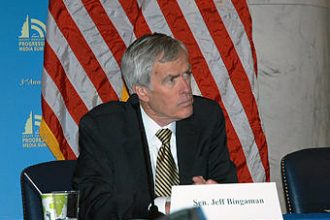 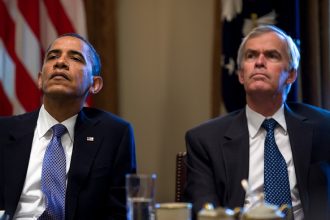