One of the big debates in the regulation of renewable energy is about how best to compensate owners of rooftop solar for electricity they sell back to the grid. This fight over “net metering” is playing out across the country, with utilities often trying to make rooftop solar less of a financial winner for customers.

In Arkansas, solar advocates are feeling a sense of relief after state regulators ruled on Monday that utilities must keep the current net metering system in place until at least the beginning of 2023 for systems that are less than 1 megawatt. That means no additional fees and no changes to rates that now pay rooftop solar owners the full retail price of electricity for any excess electricity they sell to the grid.

Arkansas is one of a band of states in the South that have an abundance of sun but have been slow to develop solar power. The state ranks 31st in the country in installed solar, with 220 megawatts. If the United States is going to move swiftly on the transition to clean energy, these sunny Southern states must play a part.

Gary Moody, the National Audubon Society’s national director of state and local climate strategy, told me that if the Arkansas decision had gone a different way, “it could have been the end” of rooftop solar in the state.

“I’m feeling really good,” said Moody, who is based in Arkansas. “The mood is really positive.”

The ruling says that utilities can propose changes to the net metering rates for solar systems larger than 1 megawatt, which are large commercial and industrial systems. But smaller systems would retain the current rates until 2023 at the earliest.

Utilities such as Entergy have said they need to impose new charges on owners of solar systems to cover a portion of the utilities’ costs to maintain the grid. This is a familiar argument by the utilities, which solar advocates say is part of an attempt to restrain solar’s growth.

The ruling in Arkansas follows the passage last year of a state law that allows new options for customers to finance solar projects, and says that regulators can consider whether the current methods of compensating rooftop solar owners are appropriate. The law was a compromise between utilities and businesses that want to expand solar.

Lawmakers gave regulators—in this case the Arkansas Public Service Commission—the leeway to settle some of the toughest disputes, and the commission responded by mostly maintaining the status quo.

Moody and other environmental advocates say the state may be primed for a solar boom, and they are pleased that regulators are not standing in the way.

For the world to stave off the most damaging effects of climate change, China—the world’s leading source of carbon emissions—is going to need to stop its expansion of fossil power and dramatically increase renewables.

While many forecasts have been pessimistic about the chances of China making the necessary changes, a new paper in the journal Nature Communications says the probable reality is much better than we previously thought, largely because of falling costs of wind, solar and battery storage.

The co-authors of the study developed a model that projects that by 2030, 62 percent of China’s electricity generation will come from sources other than fossil fuels. This is much more than the 45 percent by 2030 that is shown in a “business as usual” scenario similar to widely cited forecasts.

Gang He, a co-author of the report, told me the results of the research “are exciting and did offer me some optimism.” He teaches at Stony Brook University in New York and is a visiting faculty member at Lawrence Berkeley National Laboratory.

The key factor is that wind, solar and battery storage costs are plummeting to an extent that will reshape China’s energy economy more than other forecasts have shown, the paper says. China produces 28 percent of the world’s carbon emissions, more than any other country, and double the share in the United States.

The main problem with many of the other models, He said, is that they have been slow to account for how quickly costs are decreasing for renewables, and they do not account for how new technologies are making it easier to integrate wind and solar into a reliable grid.

Of course, any forecast is going to be wrong in some way because we don’t know all the factors, or how much each will matter. But when it comes to predicting changes to our energy system, some forecasts have missed the mark by miles.

“Climate change is such an enormous challenge that we need systematic change and integrated solutions,” He said. “Not just the supply side, but also the demand side—energy efficiency, behavior change and just transition.”

Memphis remains one of the last cities in Tennessee to resist renewing its contract with the Tennessee Valley Authority, and a new study says consumers can save money if the city ends its contract and invests in renewable energy.

The study, commissioned by Memphis’s city-owned utility and conducted by Siemens Management Consulting, found that the city could save at least $120 million per year on its current $1 billion annual power bill.

And, Memphis could achieve net savings of $1.9 billion between 2020 and 2039 by generating some of its own power and purchasing the rest from the Midcontinent Independent System Operator, according to the report.

Four previous studies found that leaving TVA and investing in renewables could foster economic development in Memphis and lower energy costs by hundreds of millions of dollars per year.

The Siemens report, which determined that the lowest-carbon energy sources would offer the highest savings, comes as other Tennessee cities are pushing  TVA to transition more quickly to renewable energy generation. The state lacks renewable energy portfolio standards and has plenty of room for solar growth.

My colleague James Bruggers has written about how TVA, the federally owned power producer, has seen nearly all the cities it serves sign new 20-year contracts, lengthened from the five- and 10-year contracts of the past under the assumption that a transition to using more renewables takes time. Many cities only accepted the longer contracts after TVA committed to investing in solar and other alternative energies, though some clean energy advocates say the transition is still too slow. Knoxville was reluctant to move to a 20-year commitment, but signed on in March after TVA agreed to help the city build a 212-megawatt solar farm.

Memphis’ utility is TVA’s biggest customer and comprises about 10 percent of its yearly revenue. Ahead of the Siemens report’s release, TVA’s top executive, Jeff Lyash, highlighted already-low electricity costs in Memphis and said that TVA expects to be able to save Memphis $37 million per year through a combination of reduced rates and expanded renewables.

Last Friday, Lyash questioned the clarity of risks and benefits outlined in the Siemens report. “I didn’t see anything in the Siemens study that shakes my belief that TVA still provides the best overall value proposition for Memphis,” he told the Chattanooga Times Free Press.

We Have Iron in the Water!

I wrote in March that the Coastal Virginia Offshore Wind project was on track to begin installation in May. The developers of this two-turbine project reported this week that they hit that mark, installing the base of the first turbine on May 25 and the base of the second one on May 30.

The 12-megawatt project will be the second offshore wind farm in the United States, following the Block Island Wind Farm off of Rhode Island, which went online in 2016.

This was supposed to be a big year for offshore wind in the United States, with many projects moving forward, but coronavirus and regulatory delays have meant that there is likely to be much less progress.

So if you’re looking for a tangible sign that offshore wind is on the rise, this photo from Coastal Virginia Offshore Wind may have to suffice for now, showing “iron in the water” as workers place the first turbine. 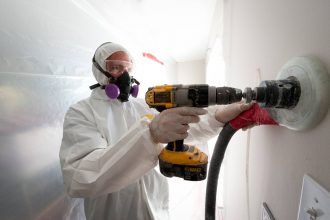 Inside Clean Energy: Here’s How Covid-19 Is Affecting The Biggest Source of Clean Energy Jobs 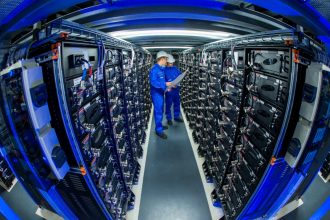 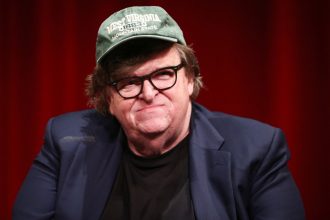 Inside Clean Energy: 6 Things Michael Moore’s ‘Planet of the Humans’ Gets Wrong