WASHINGTON, D.C. – On a hot day in early June, a group of nearly 100 young adults toiled together under the sun in Fort DuPont Park to remove wisteria—an invasive vine that crowds and shades out native trees and shrubs—and clear the trails of debris that had accumulated during the Covid-19 pandemic.

It was the first annual Outdoor Day of Service since the start of the pandemic. The workers, ages 16 to 25, were all from member organizations of the National Association of Service and Conservation Corps, also known as the Corps Network, a national association of 150 service and conservation groups that provide work for around 20,000 young people and veterans.

Despite the heat, spirits were high as the workers clad in cargo pants, work boots and reflective vests meticulously worked their way through the lush greenery, gathered for lunch and came together to sing “Happy Birthday” to a fellow Corps member.

And there was hope in the air of becoming something even bigger: a federally supported Civilian Climate Corps built in the model of the Depression-era Civilian Conservation Corps. The original CCC was established under the Roosevelt administration in 1933 as a part of the New Deal. Almost 90 years later, the Corps Network is what lives on. At its peak in the 1930s, the CCC had around 3 million corpsmembers.

Funding for the Civilian Climate Corps was originally included in the $1.7 trillion Build Back Better package, once considered one of the least controversial and easy to implement parts of President Joe Biden’s climate agenda. Build Back Better, which passed in the House in November 2021, provided up to $30 billion in funding to build a Civilian Climate Corps from both existing Corps Network-affiliated organizations and other corps organizations. But Build Back Better stalled soon after in the Senate amid resistance from West Virginia’s Sen. Joe Manchin, a coal state Democrat who argued that the bill was too costly and sought too rapid an energy transition.

Now, as Democrats work to craft a slimmed-down version of the bill that meets Manchin’s approval—his vote is required for the bill to have the 50 it needs to pass—hope for potential CCC funding hangs in the balance.

The Corps Network is currently funded by many different sources, ranging from partners like AmeriCorps, the National Park Foundation and the Department of Labor, said Corps Network CEO Mary Ellen Sprenkel.

More funding would also help spur corps expansion in rural areas, where transportation costs can be a hurdle for workers. Urban communities, where asphalt, concrete and metal surfaces and a lack of tree cover create heat islands, would also benefit.

In Philadelphia, for example, “they do projects that very directly mitigate climate change,” said Sprenkel, like building rain gardens, which divert and filter stormwater runoff that would otherwise transport pollutants from urban infrastructure into neighboring waterways.

The mandate of the Climate Corps would be broad. In his executive order on combating climate change, Biden tasked the Corps with conserving and restoring public lands and water, community resilience, reforestation, increasing carbon sequestration in the agricultural sector, protecting biodiversity, improving access to recreation and broadly addressing the changing climate.

For some in the Corps Network, the impacts of the program reach far beyond quantifiable environmental results.

Jaleel Willford was one of the Corps workers pulling out wisteria at Fort DuPont Park. Two years after graduating from high school, Willford’s father signed him up for the Philadelphia Power Corps, one of the local organizations in the Corps Network.

“To be honest, I was in the streets,” Willford said. “I had no path. I had no type of trajectory on what I wanted to do or where I wanted to go.”

Within three months, Willford had established meaningful relationships with the staff and his peers, he said, and the Philadelphia Power Corps community gave him a newfound purpose.

The Corps Network is intentionally structured to serve as a youth-development program. Some corps members were previously incarcerated or dropped out of high school, but have used corps service as a springboard back into the workforce.

Corps members who complete their service, which lasts anywhere from a few months to a year, receive certificates in everything from emergency response training to herbicide application to bolster their resumes, Sprenkel said. And many local corps offer scholarships to help members complete GEDs or college degrees.

As Ronald Bethea, who now works for a corps in Asheville, North Carolina, was preparing to graduate from North Carolina Agricultural and Technical State University, he had progressed far enough through the hiring process with an employer to be assigned an office space. But “three days before graduation they reneged on the decision, and rescinded the offer,” Bethea said.

He heard about the Corps Network through Snapchat and applied to join the corps in Asheville, where he was based for eight months while working on projects across the country. He later rejoined the corps as a crew leader, and says he enjoys traveling to new places and seeing the group’s hard work pay off.

Supporting a Generation of Environmental Stewards

Derrick Crandall, chair of the Corps Network board, sees the corps as a way to invest in not only environmental sustainability but also quality of life. In 1972, Crandall worked as youth programs chairman for the Environmental Protection Agency, which the Nixon administration created in 1970 to tackle problems with the nation’s water, air and wildlife.

The founding of the EPA was preceded by 20th-century river fires. The Cuyahoga River, running through Ohio and into Lake Erie, was used by various factories and mills as a dumpsite for waste and pollutants. The toxic water permeated the local drinking supply and devastated biodiversity. In 1969, when one of the oil slicks in the river caught fire, it was covered by media across the country and created a movement to clean up the nation’s waterways.

Pollution had left the nation with a grim view of the condition of its waterways, and “we as a nation decided we have to end this polluting of our waters,” said Crandall. That movement resulted in the creation of EPA and the passage of the Clean Water Act of 1972 and the Great Lakes Water Quality Agreement of 1973.

Crandall said a fully funded Civilian Climate Corps would similarly offer an opportunity for the nation to foster hope and progress in the face of climate change, as well as create a generation of environmental stewards.

Democrats hope to bring their scaled-back BBB bill to the floor in July, and some lawmakers have suggested trying to pass funding the CCC in a standalone bill. As hope for legislative progress and funding of a Civilian Climate Corps fluctuates, Crandall looks to the founding of the EPA and its subsequent work as proof that even amid resistance, progress can happen.

“It’s important for us as we are confronted with climate change to be able to understand that we have faced other kinds of problems in the past,” he said, “and we have overcome them.” 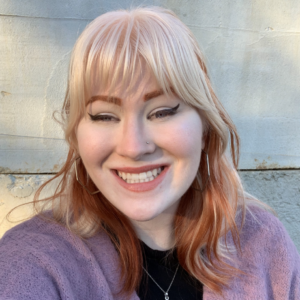 Samantha Hurley is a student at the University of Georgia, studying journalism with a minor in Spanish. Samantha is also obtaining two certificates in New Media and Public Affairs Communications. She is an emerging journalist with previous experience in environmental advocacy. Her work appears across various mediums, as during the Covid-19 lockdowns she collaborated with leaders across the world to find creative ways to spread awareness about environmental concerns. Her passions include the intersection of climate change with the disabled community.

Fifty Years After the UN’s Stockholm Environment Conference, Leaders Struggle to Realize its Vision of ‘a Healthy Planet’ 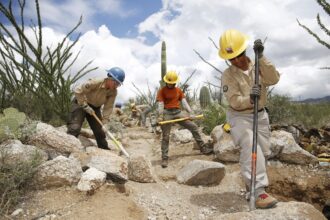