BAIYANGDIAN, China — Until a few years ago, business was good even if the air was bad in Dazhang village, a town deep in the Baiyangdian wetlands of northern China that has long prospered from one main industry: processing duck feathers for use in clothes and pillows.

Residents had access to water from the marshes and cheap coal to fuel rudimentary boilers. Luxury cars threaded through rutted streets.

But since 2013, as regulators have introduced measures to reduce air and water pollution, the area around the village has become a test ground for Beijing’s ambitious plans to make the economy greener amid popular discontent over environmental degradation.

Near Dazhang, President Xi Jinping has sought to turn hundreds of square kilometers of wetlands into an “eco-city” called Xiong’an, putting additional pressure on the area to clean up. This pet project is supposed to run on renewable energy and to eventually attract some $300 billion in high-tech investment.

For now, however, it is little more than a collection of hastily assembled offices in soggy wheat fields. Meanwhile, climate campaigners worry that the country’s economic slowdown is creating a renewed incentive for bureaucrats to look the other way on the environment.

“There’s an internal debate [within the government] about climate change, and the Chinese side is looking at their options,” said Li Shuo, climate change campaigner for Greenpeace in Beijing. “In that context, the slowdown is cited as a reason to not do more.”

Chinese regulators have come down hard on polluting industries in recent years. Around Hebei province, the impact of Beijing’s industrial reorganization is profound. Small towns like Dazhang village are now surrounded by shuttered and partially dismantled factories. Chained gates and idle yards line the streets.

The tension between China’s slowdown and its climate ambitions has global implications, as world leaders prepare for a 2020 deadline for new international targets to reduce emissions that contribute to global warming.

But after two decades of near double-digit expansion, gross domestic product has slowed to 6.2 percent growth in the second quarter — the weakest official pace since the early 1990s.

If China, the world’s second-largest economy, does not get tough on its emissions, other countries might not be willing to either.

Chinese negotiators did not offer to cut carbon emissions at the landmark international climate summit in Paris in 2015, but they pledged to rein in their growth. To do so, regulators set about tinkering with the industrial structure of the north China plain, where millions of chimneys belched smoke into the sky.

Suitcase manufacturers, a top local employer in the wetlands, were ordered to move hundreds of kilometres away. Brick kilns have been dismantled. In Dazhang village, the duck feather industry will be the next to go.

Migrant workers have left town, and even some locals have gone to look for work elsewhere despite a wave of subsidy spending designed to prop up household incomes. “The streets are cleaner,” says one cafeteria owner. “But I don’t get many customers any more.”

To meet air quality standards, factories paid tens of thousands of dollars to switch from coal-fired boilers to natural gas. Then came new regulations on water discharge. The equipment cost forced those that could not afford the upgrades to close.

The same process has been repeated across industries. Hebei province officials estimate that forcing smaller mills to upgrade or close has cut about 25 percent of steel capacity. The anti-pollution campaign claimed an estimated 170,000 small factories in Hebei over the past two years, with job losses partially offset by a rise in government subsidies.

Impact of the Economic Downturn

As Beijing’s air improved, so did China’s emissions. Between 2014 and 2016, global emissions flatlined. Environmentalists cheered, and urged China to do more.

But another factor contributing to the lower emissions was a cyclical downturn during those years, which wiped out private businesses across China. To keep growth figures up, panicking local governments approved infrastructure investments including $135 billion in coal-fired power plants and tens of thousands of apartment towers built far from any city.

When the economy reignited, China’s emissions crept back up, pitting businesses against regulators with a mandate to keep skies blue.

Environmental regulators showed up for inspections with armed escorts to back them up. In the winter of 2017, a campaign against coal burning in Hebei province left homes without heat and factories without power. Businesses cried foul.

“Some local governments and some companies argue that it’s already much better. Now we can see blue skies and white clouds, so isn’t it time to relax a bit?” said Yang Fuqiang, senior adviser at the Natural Resources Defense Council in Beijing.

“If there aren’t new models or new policies, China could backslide,” he added.

By many metrics, the economy was worse around 2015, but official GDP figures stayed strong inflated by loans for new projects. These numbers created political space for regulators to push through radical policies. Now the trade war with the U.S. makes bureaucrats more jittery about making further commitments.

“If you imagine yourself in an interministerial meeting discussing China’s climate change ambition, perceptions [about economic growth] will make a big difference,” says Li Shuo, a climate campaigner for Greenpeace.

China earmarked $492 billion toward reducing air and water emissions between 2010-2015 and will require hundreds of billions of dollars more. Regulators “are showing no let up on pollution [reduction], even when that has significant economic effects. What they are doing is developing smarter policy” to avoid the shutdowns that have caused so much havoc, said Deborah Seligsohn, assistant professor of political science at Villanova University.

Subsidies for industrial upgrades have turned into stimulus, she noted, because equipment to minimize pollution is all domestically produced.

In Hebei province, the subsidies have materialized as bright-yellow pipes snaking their way along grey village walls. This new gas distribution network will replace coal in millions of homes.

Later this year, Dazhang village’s remaining feather processors are supposed to move to larger facilities at an industrial park near the city of Xingtai, some 300 kilometers to the south. This is officially to allow the eco-city to expand. But China has a history of shifting factories from one district to another in order to meet growth or emissions targets.

An Zhen, the owner of a feather factory, plans to invest more in his new facility than many of his competitors could.

The crackdown on polluters is only going to intensify, he said. “The regulations will only be stricter than this year, not the other way around. The government will fix the flaws if there are any. But they won’t stop.” 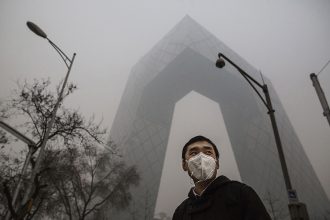 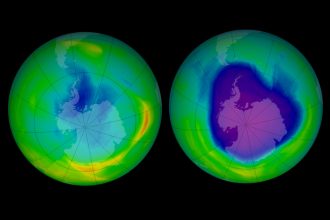 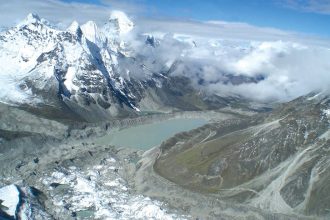