Scientists are zeroing in on the source of a powerful climate pollutant that was banned years ago but has mysteriously been increasing, with potentially damaging consequences for climate change.

Months of tracking the pollutant’s rise in the atmosphere had pointed investigators to Asia and then to eastern China. They announced on Wednesday that they had found at least 40 to 60 percent of the global increase in trichlorofluoromethane (CFC-11), a chlorofluorocarbon, was originating in and around the Chinese provinces of Shandong and Hebei.

The emissions appear to be from new production of the chemical—in violation of the 1987 Montreal Protocol, a treaty under which countries had agreed to phase out ozone-damaging pollutants, including CFCs—the scientists write in a new study published in the journal Nature.

Exactly where those chemicals are being illicitly produced isn’t as easy to prove, though. CFC-11 was used in foam insulation and as a coolant. The emissions being measured may have occurred where the product was used rather than directly during production, the study says. And only about half the global emissions were tracked to that area, leaving other sources elsewhere.

The Chinese government recently identified and shut down two small-scale CFC-11 manufacturing facilities, but those couldn’t have accounted for the magnitude of the emissions increases in the study, the authors said. These new findings will likely now cause the Chinese government to take a closer look at the region, said Stephen Montzka, a co-author of the study and National Oceanic and Atmospheric Administration researcher.

“I think there is less wiggle room for them to say, ‘we’ve looked and we don’t see it,’ Montzka said. “It’s a matter now of maybe looking more carefully.”

If China fails to rein in its CFC-11 emissions, even greater damage could be done to international environmental agreements such as the Montreal Protocol.

It’s “the only successful protocol,” Andreas Stohl of the Norwegian Institute for Air Research said of the binding international agreement that has been ratified by more than 190  countries. “If you start violating it without consequences, if China can do it, why not India and why not other countries? I think we have to stop this immediately.”

The Effort to Phase Out CFCs

CFC-11 was the second most widely used chlorofluorocarbon until it was phased out beginning in the early 1990s under the Montreal Protocol.

The chemicals were targeted after scientists discovered they were destroying the ozone layer that protects Earth’s surface from harmful ultraviolet radiation. CFC-11 is also a short-lived climate pollutant, approximately 5,000 times more potent as a greenhouse gas than carbon dioxide while in the atmosphere.

After the use of CFC-11 was banned, emissions of the gas slowly declined but did not go away entirely as the chemical slowly leaked from buildings where it had been used as foam insulation and aging refrigeration systems where it had been used as a coolant. In the early 2000s, the decline in emissions began to level off. But by 2013, global emissions were back on the rise, suggesting new production and use of CFC-11.

How Much Impact Can Rogue CFCs Have?

The current uptick in emissions is not enough to undo the recent recovery of ozone in the upper atmosphere, but if the recent increase in emissions persists, it could delay a full recovery, which is currently anticipated around mid-century, lead author Matthew Rigby said.

From a climate perspective, the current increase in CFC-11 emissions from eastern China is equivalent to roughly 35 million tons of carbon dioxide emissions each year, or roughly 10 percent of the annual greenhouse gas emissions of the United Kingdom, Rigby said.

The new study follows research published in 2018 that first identified the global increase in CFC-11 emissions. That study suggested the emissions were coming from eastern Asia but could not quantify the increase in emissions or narrow down countries as the source.

The discovery led to a number of on-the-ground investigations in China, including by the environmental group Environmental Investigation Agency and by the Chinese government.

After CFCs were phased out, replacement coolants that didn’t harm the ozone layer gained wider use—including hydrofluorocarbons, or HFCs, which turned out to be another short-lived climate pollutant. A recent amendment to the Montreal Protocol, known as the Kigali Amendment, now aims to phase out HFCs. 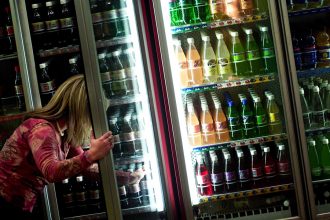 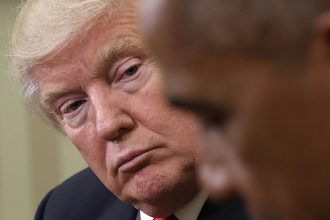 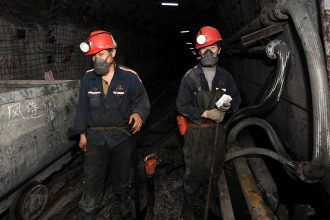