Thenjiwe McHarris of the Movement for Black Lives leaned into the microphone and, with a finger pointed firmly at her audience, delivered a powerful message to the 200,000 people gathered in Washington, D.C., for the People’s Climate March.

For a movement historically led by white males who have rallied around images of endangered polar bears and been more inclined to talk about parts per million than racial discrimination, McHarris’s message was a wake-up call.

“We must respect the leadership of black people, of indigenous people, of people of color and front line communities who are most impacted by climate change,” she said. “This must be a deliberate, strategic choice made as a means to not only end the legacy of injustice in this country, but an effort to protect the Earth.”

From the Native American standoff against a crude oil pipeline at Standing Rock to leadership at this year’s United Nations climate conference by Fiji, a small island nation whose very existence is threatened by sea level rise, 2017 was the year the needs of the dispossessed washed like a wave to the forefront of the environmental movement.

“We are at a point where we have crossed the threshold beyond which we can not return to a period where environmental justice is not a part of the conversation,” Patrice Simms, vice president of litigation for the environmental law organization Earthjustice, said.

Driven by pollution concerns, advocates from low-income and minority communities across the country are providing a powerful, new voice on environmental issues.

For Native Americans, the need to address environmental justice and threats to tribal sovereignty, are long overdue.

“If this country continues to encroach and continues to threaten our land rights and human rights, something is going to give,” said Dave Archambault, former chairman of the Standing Rock tribe, who led his people in opposition to the Dakota Access pipeline. “I can’t tell you what the next fight is going to be, but I know that if this country continues to treat a population the way it has, not just recently but the past 200 years, something has to happen.” 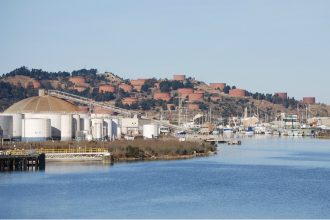