A bipartisan bill introduced in the U.S. House on Thursday would create a commission to look for economically viable solutions to climate change. Amid the pro-fossil-fuels push by the Trump administration, the effort reflects how a small but increasingly vocal group of Republicans is embracing the reality of climate change and pressing the issue in Congress through modest steps.

This is the second time the bill, called the Climate Solutions Commission Act, has been introduced, after failing to pass in 2016.

It would establish a bipartisan National Climate Solutions Commission, which would conduct a comprehensive review of what can be done in both the private and public sectors to reduce greenhouse gas emissions while growing the economy and protecting jobs. If passed, it also would direct the Government Accountability Office to report on the financial tools, policies and institutions that can help reduce emissions while protecting economic growth.

The effort comes at a time when the Trump administration is rapidly rolling back climate policy and environmental protections and pushing unrestricted fossil fuel development, under the premise of creating jobs. Earlier this year, a group of 17 House Republicans introduced a resoluton that called for the House to commit to working on climate change solutions that keep the health of the economy in mind.

Rep. John Delaney (D-MD), one of the new bill’s sponsors, said he can’t predict whether it will pass this year, but he notes that there are nearly twice as many cosponsors this time—six representatives from each side of the aisle.

“We’ve largely been presented, historically, with a false choice: if we want to deal with climate we have to hurt our economy,” he said.

Recent studies have shown that while historically the economy rose along with emissions, that is no longer the case. In 21 countries—including the United States—the 21st century has seen declines in emissions as economies have grown. And a shift toward renewable energy is bringing hundreds of thousands of jobs.

Rep. John J. Faso (R-NY), a co-sponsor of the bill, said in a press release: “Creating a bipartisan commission will help bring the public and private sectors together to provide smart solutions to the problems we face in the world today from the negative impacts of climate change.”

The bill has been endorsed by the Environmental Defense Fund, The Nature Conservancy, The Partnership for Responsible Growth, the National Wildlife Federation and the Friends Committee on National Legislation.

“This bill demonstrates bipartisan recognition that climate change is a serious issue, and one that requires innovative thinking from across the political spectrum,” Elizabeth Thompson, president of EDF Action, said in a press release. “It sends a strong signal that bipartisan cooperation on climate change is possible and necessary. These members of Congress deserve praise for their leadership.” 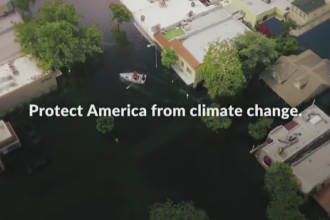 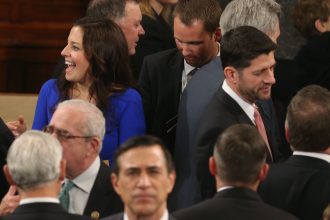