The U.S. has consistently underestimated the impact that logging has on accelerating climate change and the role that preserving its forests can play in sucking carbon out of the atmosphere. That’s the conclusion of a new report that also seeks to rebut the notion that burning wood is a “carbon neutral” alternative to burning coal and oil for electricity.

Published by the Dogwood Alliance, a North Carolina-based forest conservation group, the report argues that the U.S. has placed too much emphasis on protecting the world’s tropical forests, while ignoring the logging industry’s impact on greenhouse gases released from cutting its own natural woodlands, especially older forests.

“The U.S. has just failed to acknowledge the role that the logging industry has played in the climate crisis, and has failed to embrace the need to restore old growth, intact forests across the U.S. as a critical piece of the puzzle in solving the climate crisis,” said Danna Smith, a co-author of the report.

The report comes as the issue of burning wood for energy is getting fresh attention in Washington. This week, Congress, backed by the logging industry, included language in its budget deal that would declare the burning of woody biomass for electricity “carbon neutral,” sparking the latest controversy in a long-running debate.

“We can’t log our way out of climate change,” said Kirin Kennedy, associate legislative director for lands at wildlife at the Sierra Club. “Burning wood products actually contributes more toward the increase of emissions into the atmosphere.”

Smith calculated that annual carbon emissions from logging in the U.S. between 2006 and 2010 amounted to nearly 600 million metric tons, more than the emissions produced each year by all residential and commercial buildings.

Smith, agreeing with most climate scientists, said there’s little chance of meeting the ambitious target set under the Paris climate agreement of limiting global temperature increases to 1.5 degrees without negative emissions or removing CO2 from the air. “At this point, the best technology we have—the most highly evolved, tried and true—is forests,” she said.

As part of the Paris climate agreement in 2015, some countries said they would meet their targets in part by replacing coal-fired generation with biomass power plants that burn plants or trees for electricity and then capture and store the resulting carbon dioxide underground. The Dogwood Alliance report is critical of that approach, saying that this carbon-capture technology isn’t widely ready, and even it was, the process would require cutting and burning more trees.

According to the EPA’s recent estimates, the amount of carbon dioxide U.S. forests remove from the atmosphere is equivalent to between 11 and 13 percent of emissions from fossil-fuel burning. (At a global level, forests offset about 25 percent of total emissions.)

But the Dogwood Alliance report points out that the U.S. figure doesn’t account for the loss of old forests that have stored larger amounts of carbon over time. Only about 15 percent of the country’s forests are more than a century old, but some forest ecologists maintain that older forests pull more carbon out of the atmosphere and store more carbon than younger ones, making them especially valuable in restoring the global carbon balance.

The report says that logging is weakening the country’s overall carbon sink by 35 percent. (It adds that that figure is understated because it doesn’t factor in the loss of carbon in forest soils.)

The timber industry argues that is has protected forests and, in some places, expanded them. They point to commercial plantations where trees are re-planted every 20 or 30 years, and to managed forests where wood is harvested based on longer, natural growth cycles of 40 years or more.

“History shows that thriving markets for forest products is what’s keeping the landscape in forests,” said Ryan Rhodes, director of public relations and government affairs for the Forest Resources Association, which represents the timber industry. Rhodes noted that the U.S. has more timberland acres now than it did in 1950, despite the harvesting of millions of trees to build housing, furniture and other products for a growing population. “This is not a coincidence,” he wrote in an e-mail. “Markets keep working forests working.”

For its part, the Dogwood Alliance notes an inconsistency in how nations report their progress under the UN climate regime, which could be distorting the picture on forest-related emissions. The U.S. reports its land-use emissions by calculating the conversion of natural forests to timber plantations as “reforestation. Developing countries such as Indonesia, on the other hand, report their displacement of rainforests with palm oil plantations as “deforestation.” This, Smith says, allows the U.S. to escape accountability for past emissions when carbon-dense forests were logged a century ago.

“We’re not getting it yet that forests are a critical part of the solution,” Smith said. “We’re not looking in our own backyard, and yet we’re telling the rest of the world what to do.” 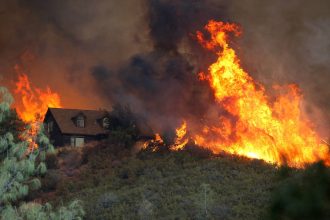 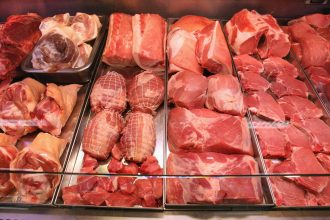 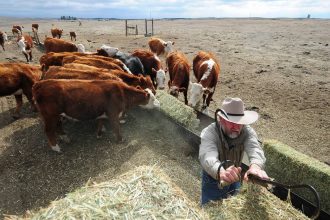