Paul Hetherington remembers having to stop to squeegee off the car windshield during long car rides with his parents in the United Kingdom 30 or 40 years ago. It was always coated with squashed bugs.

Now Hetherington doesn’t notice many bugs on the windshield, and he’s not the only one: Many Brits say they’ve noticed fewer bugs obstructing their view while driving. Hetherington, director of fundraising and communications at Buglife, and his colleagues at the British invertebrate conservation group, have started a new, app-based citizen science project to find out if these anecdotes reflect a true decline in insect populations.

Anyone in the United Kingdom can download the Bugs Matter app and print out a “splatometer” grid and attach it to a car’s license plate after a trip, then take a photograph and count how many squashed bugs appear inside the grid.

The app launched on June 1 and had 4,000 downloads on its first day, approximately the number of total data points that were collected in the 2004 study.

Hetherington said there is more comprehensive data for butterflies, moths and bees, but very little is known about the populations of more low-profile flying insects.

“It’s a shame, because they’re just as important,” Hetherington said. “[Insects] are such a key cog in the food chain, you take any of those out and you’re going to create a huge problem.”

A new media platform is changing the way meteorologists communicate about weather.

Tomorrow, an online weather service started by meteorologist Eric Holthaus, will send out free daily emails to readers in 16 cities—with more to come—describing what the next day’s weather will look like in a recipient’s city. The newsletters will also feature news stories, poems, memes and calls to action.

When severe weather strikes, Tomorrow will switch into storm mode and send out frequent updates throughout the day. The updates will continue after the storm is over to tell the story of the region’s recovery. What makes the service unique is the two-way communication between the meteorologists and the people affected by weather. For $10 a month, Tomorrow members can ask unlimited questions and the meteorologists will answer.

“My experience on Twitter during major weather events, there is a firehose of questions that come and I am not able to answer them all,” Holthaus said. “So this will give folks priority in the question line.”

Tomorrow will also partner with Twitter to use some of the social media platform’s new features, like Twitter Spaces—rooms for live audio conversations where Tomorrow will host interviews with experts during weather events.

“In a lot of ways that will kind of replace radio,” Holthaus said. “It’ll just be a conversation ongoing on the weather and periodic updates throughout the day.”

As for the day-to-day content, the focus will be on what kind of day tomorrow will be, with context on how climate change and environmental justice connect to the weather, Holthaus said, adding that the service will also tell, “the system change stories that need to happen in order to make communities more resilient.”

Propagation and transplantation of coral that is resistant to bleaching could help reefs resist the effects of climate change, a new study has found, though researchers warn that these diverse marine ecosystems still need global carbon emissions to be greatly reduced.

In a paper published June 1 in the journal Proceedings of the National Academy of Sciences, University of Pennsylvania and Hawaii Institute of Marine Biology researchers sought to find out if two species of coral in Hawaii would be able to survive in a different reef with different pH levels, oxygen levels and water flow patterns. During a 2015 heat wave, some individual members of the coral species were able to resist bleaching.

The researchers broke off pieces of the bleaching-resistant coral, creating genetically identical clones to grow in the new environment while the original coral continued in its native environment. They found that both the original coral and the propagated coral were able to survive when tested for heat stress six months later.

“So even though these corals had to get used to living in an environment with different flow rates and a whole bunch of different conditions, their temperature stress response did not change because of that,” said Katie Barott, lead author and assistant professor at the University of Pennsylvania.

Warming ocean temperatures are causing reef ecosystems around the world to collapse because of coral bleaching, a process in which corals lose the algae that they rely on for food. Repopulating reefs with coral resistant to bleaching can buy reefs some time, but does not solve the problem of climate change for the reefs.

“I think propagating these bleaching-resistant corals is still a short-term solution, because those corals are still stressed out,” Barott said.

In the Eye of the Storm

A company specializing in ocean data collection is partnering with government agencies this summer to send unmanned boats into hurricanes to gather real-time data from the eyes of Atlantic storms.

The boats, known as Saildrones and created by a company of the same name, will relay data on wind speed and direction, relative humidity, air temperature and barometric pressure back to agencies like the National Oceanic and Atmospheric Administration and the National Weather Service. Armed with those metrics, the agencies can better forecast hurricanes headed for population centers and, potentially, spare lives and reduce economic destruction, Andy Ziegwied, Saildrone’s vice president for ocean data said.

Five Saildrones will set out for a 30 day excursion from the U.S. Virgin Islands later this hurricane season on paths where the storms are likely to occur. The solar-powered vessels operate like sailboats and can withstand wind speeds of over 70 mph and wave heights of up to 10 feet.

“No one has to our knowledge sailed an autonomous or a manned vehicle into a hurricane before, it is a challenging engineering feat,” Ziegwied said. “So while first and foremost the mission is about science, it is a test of the vehicle’s size and abilities.”

Grasslands, savannahs and other non-forest ecosystems cover half of Earth’s land surface, yet they are not well-represented in climate action plans, according to a new report.

The Rangeland Atlas, published last week by the United Nations Environment Programme, the World Wildlife Fund and other organizations, documents for the first time the extent of rangeland biomes on Earth’s surface. These grassy ecosystems cover 54 percent of the planet’s land. And, although they may appear to be spaces devoid of biodiversity, Karina Berg, who leads the Global Grasslands and Savannahs Initiative at the World Wildlife Fund, said that couldn’t be further from the truth.

“I like to use the terminology of an upside down forest,” Berg said. “The part that holds the carbon store and is really important for climate mitigation is the root system.”

She explained that forests, which are often viewed as a key to a stable climate because they hold massive amounts of carbon in their thick trunks and expansive canopies, have short root systems and a proportionally small amount of biomass under the soil surface. If a fire burns through the system, all the carbon is released and the ecosystem must start from scratch. But with a grassland ecosystem, most of the biomass is in the root system, often stretching underground several times deeper than the height of the plant above. If a fire burns through, most of the carbon stays safely underground, and the plants can quickly regrow.

Similarly to forests, grasslands are often converted into agricultural land. But they also face a rising threat of becoming forested because of efforts to plant more trees to absorb carbon. Although these efforts are intended to mitigate climate change, Berg said restoration projects on degraded land should match the ecosystem that was there prior to the disturbance  to achieve the maximum benefits.

“A lot of grasslands are important for freshwater production, all of them provide habitat for endemic and threatened species, they ensure food security and they support so many livelihoods around the world,” Berg said. “All of that needs to come to the table in the recognition of what these landscapes are.” 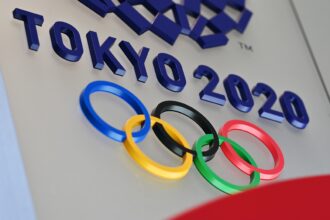 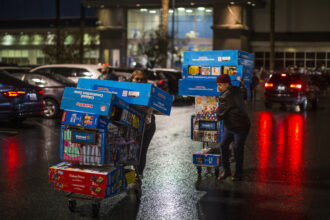 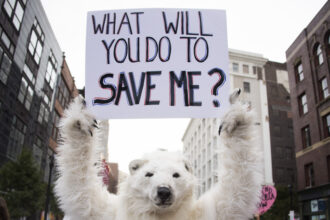