Southern California has some of the dirtiest air in the country, but it’s a lot more breathable than it used to be. Much of the credit goes to the powerful regional agency responsible for stricter rules and enforcing federal air quality standards over the last 19 years for the region’s 17 million people.

Now that agency, the South Coast Air Quality Management District, is at the center of a political power struggle. A new industry-friendly Republican majority has worked to roll back the district’s innovative policies that led to cleaner air. That prompted concern among clean-air advocates and the poor and minority communities disproportionately affected by the region’s dirty air that the board would continue to erode pollution controls. So they are fighting back.

They rallied behind a bill that awaits a decision this month by the state Assembly. It was passed by the state Senate and calls for adding three seats to the district’s 13-member board, to be filled by “a bona fide nonprofit environmental justice organization that advocates for clean air and pollution reductions.”

“The system is broken and the board does not reflect the voice of the people who are suffering in their communities because they cannot get out of the trap and there is no one pushing for better conditions,” said Lizette Hernandez, a Southern California community organizer for the Sierra Club, which advocates on behalf of environmental justice issues.

Board member Shawn Nelson,  a Republican who had been in the minority since taking his seat on the board four years ago, called the bill a power grab by state Democratic lawmakers. It is a “kangaroo effort all to perpetuate this idea that this board is out of control, doesn’t care about clean air, which is completely ridiculous,” he said.

The battle began in January, when Republican appointees gained a majority of the district. Traditionally, the board has operated in a non-partisan manner. Led since 1997 by executive director Barry Wallerstein, the district has been acclaimed for its innovative approaches to improving air quality.

It established policies credited with reducing harmful nitrogen oxide and sulfur oxide emissions from refineries. It supported the development of electric vehicles and established rules requiring manufacturers to slash the smog-forming ingredients in charcoal briquettes and starter fluid. It adopted a rideshare program that required employers with more than 100 employees to offer incentives to carpool and ride public transit to work.

Thanks to those and other measures, the number of unhealthy air quality days for 40 percent of the state’s population fell by two-thirds between 1976 and 2014, according to agency data.

Cleaner air reduces the risk of asthma, and heart and lung disease. It means less wheezing and coughing that affect people’s daily lives.

But the new Republican majority immediately changed direction. In a closed-door meeting in March, it finalized a controversial rule allowing oil refiners, power plants and other major polluters to release more smog-producing emissions for a longer period of time. It also ousted Wallerstein.

“This was an ‘aha’ moment when it became so clear that the oil industry had so much power and influence over this board,” said Adrian Martinez, a staff attorney for Earthjustice, a non-profit organization that represents many environmental justice groups in disputes with businesses and government agencies.

“The board wasn’t doing its job to protect the region and the people who were suffering,” he said. “That had to change.”

Sen. Kevin de León (D-Los Angeles) introduced the bill to expand the board and it passed the Democratic-controlled state Senate in May.

The state Assembly, where Democrats hold a 52-to-28 edge over Republicans, is expected to vote on the measure this month. Gov. Jerry Brown has not said whether he’d sign it, but it would give him and other powerful state Democratic officials more appointment power to shape the board and its policies.

California’s 35 regional air quality agencies have considerable discretion on how they enforce federal pollution standards, so a change in agency leadership can have enormous consequences. The districts are responsible for regulating stationary emissions sources ranging from large oil refineries to dry cleaners.

It is California’s largest air quality agency by population: More than 40 percent of the state’s 39 million people live within its boundaries, which include Orange County and large portions of Los Angeles, Riverside and San Bernardino counties.

Winning the majority allowed Republican board members to act on longtime criticisms of the district by GOP leaders. They, along with industry, complained the agency’s actions have cost businesses too much and hindered economic development.

Their strategy is to all but eliminate traditional regulatory enforcement. The district has proposed a voluntary compliance plan that would essentially pay companies to reduce emissions, via financial incentives that would reach $1 billion a year by 2031. Environmental groups have condemned the plan, noting that the board has not secured the funding it needs, and that voluntary compliance is an unproven method for reducing pollution.

Nelson defended the board’s change in direction, saying regulations put a burden on business that ultimately affects everyone. For instance, he said that tough regulatory enforcement on local refineries raises the cost of gasoline and other fuels. (California gasoline prices are among the highest in the nation, due in part to the state’s stringent environmental policies. But overall, they remain at historically low levels.)

“If our effort to help our local citizens and balance the interests of poor people suffering the effects of increased fuel costs and other things, along with our absolute desire to continue to clear the air—if we didn’t get that perfect, then so be it, but it wasn’t for lack of love, effort and appreciation for the people we represent,” Nelson said.

But when the board fired Wallerstein and loosened emissions rules in March, environmentalists took it as an unambiguous signal that the GOP majority was determined to weaken air pollution standards. The region’s most vulnerable communities were also alarmed.

Many lower-income and minority communities are located near power plants, refineries, oil and gas fields, and other facilities that pump out volatile organic compounds and greenhouse gases including ozone and carbon dioxide.

For instance, the Los Angeles community of Wilmington and the city of Santa Monica are only 25 miles apart. Eleven refineries and oil and gas extraction facilities are located in Wilmington; 90 percent of the 53,000 residents are people of color and the median household income is $40,000. In Santa Monica, where 78 percent of the 92,000 residents are white, there are no refineries or oil facilities and the median household income is $73,000 a year.

A 2014 national study of the demographics of air pollution exposures by researchers at the University of Minnesota included parts of the South Coast district. Researchers found that there, on average, people of color are exposed to levels of nitrogen dioxide in outdoor air pollution 38 percent higher than those of white people.

The data shows that some of the communities most adversely affected by pollution such as nitrogen dioxide and fine particulate matter are those with some of the highest percentages of nonwhite residents. They include Riverside, Pomona, Compton and Fontana.

“What we have seen for the South Coast is that disadvantaged communities of color tend to have higher exposures to pollutants,” said Julian Marshall, one of the researchers, and now a professor of civil and environmental engineering at the University of Washington. “It’s a pretty consistent pattern and trend.”

De Léon says the purpose of his bill is to balance these scales, at least a little, by giving community environmental groups power to counter that of industry lobbyists.

“The political power of the oil industry is unequivocally detrimental to the wellbeing of the Californians disproportionately burdened by toxic air pollution,” de León said in an email interview. “The end result is that California’s efforts to reduce air pollution and address climate change are hamstrung at every turn.”

Hernandez, the Sierra Club organizer who lives in a part of South Los Angeles surrounded by refineries and oil and gas production facilities, said the communities most in need of representation in environmental decision-making are those that have suffered for decades under the weight of racial bias and economic neglect. Putting environmental justice groups in charge of air quality would be a sea change.

Carol Hernandez, 32, a social worker in San Bernardino County, grew up in Fontana, where nearly 60 percent of the population is Hispanic. When she was a girl in the 1980s, the air was foul, and it’s still foul now, she said. Hernandez (who is not related to Lizette Hernandez) said her 5-year-old daughter, Alani, often gasps and wheezes in the grips of asthma attacks, which she says are aggravated by the air pollution.

“We can’t spend a lot of time outside playing because it gets so bad she can’t breathe,” Hernandez said. The air quality in San Bernardino County where the city of 203,000 is located has been graded F by the American Lung Association because of the health hazards posed by the bad air, though it has shown improvement in the last decade.

“I don’t think anybody cared what was happening when I was little,” she said, “and they don’t care now.” 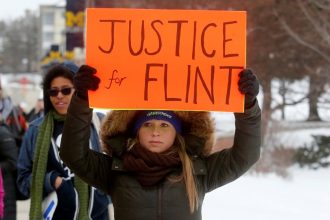 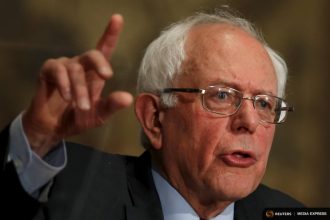 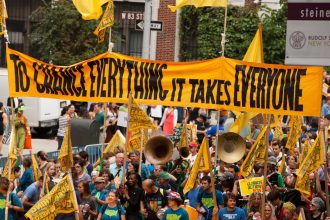 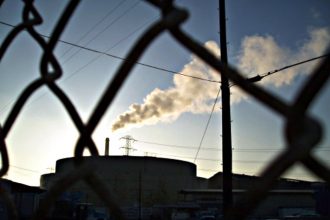