An analysis of newly-available federal data measuring emissions of the carcinogen benzene at the perimeter of oil refineries, found that 10 facilities far exceeded limits set by the Environmental Protection Agency for concentrations that could waft into neighboring communities.

The data are the result of a new rule which took effect in 2018, requiring oil refineries to measure average annual benzene levels at the perimeter, or fenceline, to gauge how much of the toxin could be polluting adjacent neighborhoods, many of which are low income and home to people of color. The high emissions levels do not violate the law, but refiners whose emissions exceed EPA limits are supposed to analyze and correct the causes of the pollution.

The analysis came as part of a report, “Monitoring for Benzene at Refinery Fencelines,” written by the Environmental Integrity Project (EIP), a Washington-based watchdog founded by former EPA staff. The report relies on publicly available EPA data and explains how to access them. According to the rule, benzene levels at any of the fenceline monitors should not exceed an average of 9 micrograms per cubic meter of air over a yearlong period. If refiners detect higher emissions, they are supposed to find and fix the problem.

The analysis examined the data for 114 refineries that are mandated to monitor benzene concentrations at the fenceline. The refinery with the highest emissions of benzene at its perimeter, Philadelphia Energy Solutions (PES), released five times the EPA limit for the toxin, or 49 micrograms per cubic meter. Located in South Philadelphia and once the largest refinery on the East Coast, PES closed in June, 2019 after an explosion and fire. But former employees, backed by unions and the Trump White House, are pushing for it to re-open as a refinery.

The second worst polluter, according to the EPA data, is the Holly Frontier Navajo Artesia refinery in New Mexico, whose fenceline benzene emissions were four times the EPA limit, or 36 micrograms. The analysis found that six of the ten refineries are located in Texas, including Pasadena Refining outside of Houston and Flint Hills Resources in Corpus Christi.

“Almost half of the refineries with the most cancer causing benzene emissions in the U.S. are right here in Houston’s backyard,” said Dr. Bakeyah Nelson, executive director of Air Alliance Houston. “[Texas Governor Greg] Abbott needs to get serious about this issue today and direct the Texas Commission on Environmental Quality to crack down on this dangerous pollution to protect the health of our families and neighbors, especially communities of color and low-income neighborhoods who are shouldering the burden of disproportionate exposures and impacts on their health.”

The benzene monitoring mandate is the result of a 2012 lawsuit filed by EIP and Earthjustice on behalf of seven community and environmental groups to pressure EPA to better safeguard communities located around the refineries against small leaks and accidents that spew pollutants into the air. Benzene is a chemical that is part of natural gas, crude oil and coal. It is used to make other industrial chemicals and can also be employed as a chemical solvent.

Beyond being a potent carcinogen, benzene serves as a “surrogate pollutant,” the report says. Benzene is so ubiquitous in refinery operations that if it is leaking, other hazardous substances such as toluene, xylene and formaldehyde could be leaking too, said Benjamin Kunstman, the report’s author. Any effort to reduce leaks of benzene, based on the fenceline monitoring, would reduce emissions of other pollutants as well.

“These results highlight refineries that need to do a better job of installing pollution controls and implementing safer workplace practices to reduce the leakage of this cancer-causing pollutant into local communities,” said Eric Schaeffer, executive director of EIP, who called on the EPA to enforce the rules.

Scott Lauermann, a spokesman for the American Petroleum Institute, said that the refining industry was “committed to protecting the health and safety of its employees, the communities in which it does business, and the environment.”

Lauermann added: “The fenceline monitoring program provides refiners with an additional tool to manage and control emission sources, but as the EPA notes, it is not intended to measure community benzene levels nor is the action level representative of any health-based standard. Because fenceline monitors capture benzene emissions from all nearby sources, the data may at times reflect emissions from external sources and events, such as wildfires and neighboring facilities.”

The EPA echoed API’s assertions, saying the monitoring is not based on a health standard and does not reflect the actual levels of benzene within the communities.

“The fenceline monitoring data, along with other values, are used as an indicator of benzene emissions from facilities,” said EPA Spokeswoman Corry Schiermeyer. The federal action level is intended as a benchmark to flag when emissions are higher than expected, so that facilities can look for the cause and take early action.”

Schiermeyer added, “Should exceedances be ongoing, this may be a flag for EPA to do further analyses regarding potential community risk.”

According to the EIP report, the monitors used by refineries calculate a net concentration of benzene that takes into account and excludes background concentrations of the pollutant already present in the area. The report pointed out that its analysis did not measure concentrations of benzene within neighborhoods adjacent to refineries, which could come from other sources, but focused instead on how much benzene the facilities contribute to communities.

The report said EPA assessments indicate “that inhaling benzene concentrations as low as 13 micrograms per cubic meter over a lifetime is likely to cause one additional cancer case for every 10,000 people exposed.” Based on those estimates, communities exposed over the long-term to the benzene levels at the ten refineries “could see as many as four additional cancers per 10,000 people exposed.”

If the EPA notes prolonged high concentrations of benzene at the fenceline, it could “initiate a detailed, follow-up investigation of the facility,” Kunstman said. The EPA under Trump, however, has been reluctant to pursue enforcement actions against polluters, the agency’s own records show.

This report has been updated to include a response provided by the EPA Thursday. 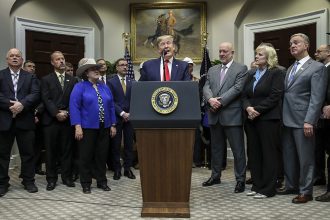 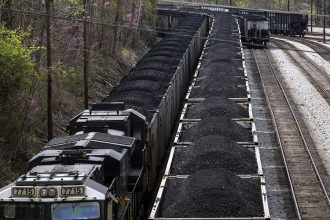