In a historic pledge, the European Union’s electric utilities announced on Wednesday they will no longer build coal-fired plants after 2020, citing the need for action on climate change to guarantee “sustainability of the global economy.”

The announcement came at an annual meeting of Eurelectric, the association representing 3,500 utilities across the EU. National energy companies in 26 out of 28 EU countries have joined the initiative, except for utilities in Poland and Greece.

“The power sector is determined to lead the energy transition and back our commitment to the low-carbon economy with concrete action,” said Eurelectric president and chief executive of the Portuguese energy group EDP, António Mexia, in a press release. “With power supply becoming increasingly clean, electric technologies are an obvious choice for replacing fossil fuel based systems for instance in the transport sector to reduce greenhouse gas emissions.”

In a statement adopted by Eurelectric’s board of directors, the group said that it would place a moratorium on the construction of coal plants within three years. The pledge, the statement says, was intended to help countries meet their carbon reduction targets under the 2015 Paris climate agreement.

“This commitment to decarbonize electricity generation, together with the electrification of key sectors, such as heating, cooling and transport, will make a major contribution to help Europe meet its climate change targets,” the directors said.

The pledge comes just over a week after President Donald Trump signed an executive order that would dismantle the Clean Power Plan, the Obama Administration’s signature rule to reduce greenhouse gas emissions and meet its pledge under the Paris agreement. The administration pledged to reduce U.S. emissions 26 to 28 percent from 2005 levels by 2025, a goal that is now likely out of reach.

During his presidential campaign, Trump pledged to “cancel” the Paris agreement, signed by virtually every country. But his closest advisers are divided on the issue, and some, including Secretary of State and former Exxon chief executive Rex Tillerson, have urged the president to remain in the agreement.

Scott Pruitt, head of the Environmental Protection Agency, said this week that the U.S. should continue to stay engaged in climate discussions, but that the Paris agreement was a “bad deal” for the U.S. Even some big coal companies have argued for staying in the deal, arguing that abandoning international discussions would mean giving up opportunities to push for coal in the future.

But on Wednesday Reuters reported that it surveyed 32 utilities in the 26 states that sued to stop the Clean Power Plan and found that none of them have plans to veer from their “years-long shift away from coal.”

A report from Greenpeace and the Sierra Club released last month found that construction of new coal plans fell globally by more than 60 percent last year, largely driven by national policies from big emitters, including China, and by declining demand.

“Here in the U.S. we’re continuing to see market trends drive a shift away from coal-fired power toward cleaner, cheaper generation resources such as natural gas and renewable energy, said Rachel Cleetus, climate policy manager for the Union of Concerned Scientists. “Nevertheless, to truly bring global emissions in line with the long term goals of the Paris Agreement, we do need to implement policies to cut emissions even more aggressively.” 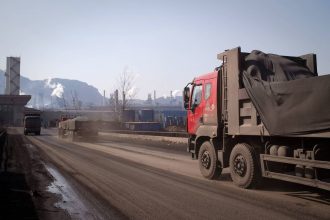