Alberta’s recent announcement that it was investing more than $1 billion to build the Keystone XL pipeline gave a boost to a project that has faced more than a decade of delays and uncertainty.

But by dedicating government money to a pipeline the private sector has been reluctant to fund, the decision highlights how vulnerable Canada’s oil sands industry has become, even before the coronavirus pandemic crashed global oil demand.

Last week, Alberta announced it would invest $1.1 billion in the pipeline and provide an additional $4.2 billion in loan guarantees to help developer TC Energy start construction immediately. Premier Jason Kenney said his government had been negotiating with the company for months, and that no private sector bidders were ready to finance the project.

“In other words,” he said, “without this investment by Alberta, the pipeline would not be built.”

The project would connect Canada’s oil sands with refineries in the United States, and is critical to the future of Alberta’s oil industry, which has essentially maxed out its capacity to bring oil to foreign markets.

The failure to build new pipelines is the result of political and financial forces inextricably linked to climate change. Environmental and indigenous activists, concerned about the greenhouse gas emissions and local impacts of fossil fuel development, have made completing new pipelines arduous and, as a result, banks have grown wary of funding them or any new oil sands projects that depend on their construction.

While the public investment makes completion of Keystone XL more likely, the pipeline still faces legal and political hurdles in the U.S., which are significant enough that Moody’s Investors Service downgraded TC Energy’s credit rating from stable to negative after the company’s  announcement last week that it would begin construction.

Investment in Canada’s oil sands, a viscous mix of sand and bitumen that lies beneath a vast swath of northern Alberta, has fallen five years in a row. Some analysts and advocates say the challenge is about more than just pipelines. The oil sands, also known as tar sands, are among the world’s more expensive and carbon-polluting sources of oil because they require lots of energy to exploit. New projects require large investments that pay off over decades.

This makes the tar sands one of the more vulnerable sectors of the global oil industry as governments begin cutting greenhouse gas emissions.

“We’re currently going through a scenario that really shows there is not a market for tar sands in a transition towards clean energy and away from fossil fuels,” said Anthony Swift, director of the Canada project at the Natural Resources Defense Council, which is a plaintiff in a lawsuit challenging the pipeline.

The sectors hurting most amid the current crash in oil prices, which include small- and mid-sized fracking companies in the U.S. and Canada’s oil sands, are the same ones some analysts say would suffer in an energy transition that would push down oil demand .

“Price reduction is playing out in real time right now,” Swift said, “and we’re seeing which producers can make it right now and which can’t.”

While the Alberta deal was apparently in the works for months, the timing amid a pandemic shocked many observers. Environmental Defence, a Canadian advocacy group, called the investment “a reckless use of public money that could be better spent supporting physicians and workers across the province.”

Days before the announcement, Alberta redirected $90 million in education funding toward the coronavirus response by temporarily laying off education assistants and other support staff who weren’t needed to maintain schools that had been closed. A public union said 20,000 people would lose their jobs, while the government said the pipeline investment—at more than ten-times the cost—would create 6,800 jobs.

Along the pipeline route in the U.S.—through parts of Montana, South Dakota and Nebraska—locals are concerned that an influx of workers could bring new cases of the coronavirus to rural communities with weak health systems, said Jane Kleeb, founder of Bold Nebraska, an advocacy group that has opposed the pipeline’s construction for years.

TC Energy’s chief executive, Russ Girling, said in a statement that work would begin “only after every consideration for the health and safety of our people, their families and of those in the surrounding communities has been taken into account.”

The company did not reply to emailed questions about the status of construction.

The pipeline, which TC Energy hopes to complete by 2023, still faces significant obstacles in the U.S., including federal and state lawsuits. A judge overseeing the federal cases had previously declined to issue an injunction halting construction because no work was underway. Swift said he expects the judge to rule soon on a new request to prevent any work until the lawsuits are resolved, now that construction may be imminent.

A Democratic president could also cancel the project once elected. Sen. Bernie Sanders (I-Vt.) has signed a Bold Nebraska petition saying he’d block the pipeline, and while former vice president Joe Biden has not, Kleeb noted that Biden was part of the Obama administration that denied Keystone XL a cross-border permit in 2015.

In an interview with CBC News last week, Premier Kenney said, “Frankly, what we’re trying to do… is to create facts on the ground, so when voters go to the polls in the United States this November, there are going to be thousands of blue collar union members, many of them I’m sure registered Democrats,… building that pipeline.”

If TC Energy does begin work amid the social distancing and lockdowns of the pandemic, Kleeb said, a coalition of groups along the route are ready to fight it.

“Our protests would look a lot different. Whether we’re all on tractors or what, we haven’t figured that out,” she said. “But there’s no question that it would face a lot of protest and civil disobedience, especially in South Dakota and Nebraska.”

That Alberta is willing to risk billions amid this uncertainty shows how badly its industry needs Keystone XL. Seven years ago, energy companies were planning at least five pipeline routes to take the tar sands to foreign markets by cutting through the U.S. and reaching the Pacific and Atlantic coasts of Canada.

Today, none are complete and only three of those proposals remain, with two of the three needing government investments to stay afloat. The Canadian government purchased the Trans Mountain pipeline expansion project from Kinder Morgan in 2018 after the company threatened to pull out amid the uncertainty of securing permits.

The pipeline pinch got so bad that Alberta implemented a cap on production in December 2018 to try to boost prices. Some banks have said they won’t finance new tar sands projects, likely as a result of political concerns over climate change and the uncertainty over pipelines.

Meanwhile, Prime Minister Justin Trudeau’s government has been under pressure to come up with a plan for reining in the soaring greenhouse gas emissions from the oil and gas sector, which is now the largest source of emissions in Canada. In February, amid this controversy and uncertainty, a mining company canceled plans to build one of the biggest tar sands operations yet.

Then the coronavirus spread across the globe, slashing oil demand by 20 percent, and Saudi Arabia and Russia announced they would boost production. Oil prices in Canada fell to their lowest level on record last month, Bloomberg News reported, so low that a refinery in Texas would have to pay more to ship the oil than it would to buy it.

Companies have been cutting production and even halting operations entirely. Rystad Energy, a research firm, said Western Canadian oil production will fall about 11 percent this month.

“Any way you slice it, most projects are definitely losing money at the moment,” said Thomas Liles, a senior analyst with Rystad.

It’s not just the tar sands. In the United States, companies have been slashing their spending, facing bankruptcy and cutting projections for how much oil they’ll produce. Like the tar sands, parts of the U.S. fracking industry are among the more risky and exposed assets in an energy transition that would see a decline in global oil demand.

Because most fracked wells produce a surge of oil that rapidly declines, companies must drill new wells constantly to keep up production. As a result, many of these companies have failed to generate enough cash to cover their costs for years, and have run up tens of billions of dollars in debt.

“This is kind of an acid test for arguments on whether we’re going to see a future where oil markets on the supply side simply respond to market signals,” said Alex Doukas, lead analyst with Oil Change International, an advocacy group. Yes, companies will be forced to cut their production, he said, and some high-cost oil operators may go out of business. “But that’s not the whole story,” because as we’re seeing now, governments may step in to help, he added.

In addition to Alberta’s investment in Keystone XL, the Canadian government is reportedly considering a multi-billion dollar financial support package for its oil industry.

In the United States, as some companies have clamored for help, the Trump administration has tried to use the Strategic Petroleum Reserve to boost oil prices while attempting to negotiate a deal with Saudi Arabia and Russia.

Senators from oil producing states have called for direct financial assistance, including temporary cuts in royalty rates and sending some of the $2 trillion coronavirus stimulus package to the industry. On Friday, the White House met with executives from oil companies to discuss whether the government can help the industry.

Garret Kent Fellows, an economist at the University of Calgary, cautioned against drawing parallels between the current crisis for the oil industry and the challenges of a long-term energy transition. He said he thinks Canada’s oil sands can continue to grow for some time if new pipelines are completed.

But he said there’s no question that the oil industry in Canada and elsewhere faces a long-term challenge that’s sapping investment from the private sector to a degree that government support is unlikely to overcome.

At this point, what the industry is facing is simple math. No matter how quickly the global economy recovers, bringing back oil demand with it, the world’s thirst for oil has to diminish quickly if countries are to limit warming in line with the Paris Agreement, to less than 2 degrees Celsius this century above pre-industrial levels. While the collapse in oil demand triggered by the coronavirus was no doubt exceptionally steep, the level it’s reached today is about where it will need to return to within a decade or so to avoid dangerous warming. 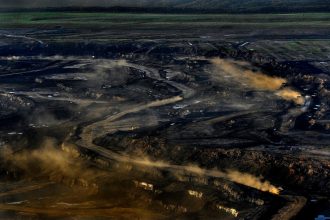 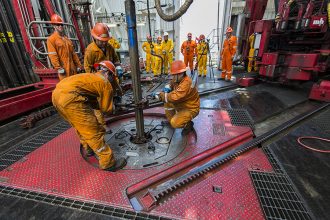 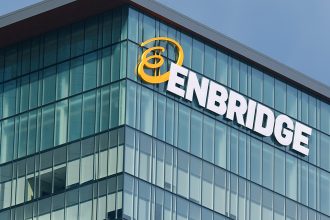