Until the past few years, it’s been virtually impossible to buy a full-sized refrigerator in the United States that uses climate-friendly refrigerants like isobutane. The vast majority of refrigerators came with hydrofluorocarbons (HFCs), chemical refrigerants that are thousands of times more potent at warming the planet than carbon dioxide.

For environmentally conscious consumers who wanted to purchase climate-friendly refrigerators, like me, it’s been difficult, if not impossible, to know which was which. As I found out the hard way, it seemed as if the manufacturers themselves didn’t even know.

But now, after I told the story last month of ordering an environmentally friendly fridge, only to have a climate bomb delivered to my house, two leading manufacturers have for the first time released lists of dozens of HFC-free refrigerators that they produce.

Meanwhile, the EPA’s Energy Star program has published its first concise list of all refrigerators that use climate friendly refrigerants.

“The amount of refrigerant that exists in appliances and equipment are one of the biggest threats to the global climate,” said Kristen Taddonio, a senior climate and energy advisor at the Institute for Governance and Sustainable Development. “So as consumers, one thing we can do is make sure we have models that don’t use these climate damaging refrigerants.”

Taddonio helps maintain a list of HFC-free refrigerators for the website Climate Friendly Cooling, a partnership between the IGSD and the Sustainable Purchasing Leadership Council, a non-profit organization that assists large organizations in making sustainable purchases. The website lists HFC-free refrigerators that also qualify under the EPA’s Energy Star program, which certifies appliances that are frugal in their energy use.

“Our ultimate ambition if you go to the Energy Star website, you will be able to sort by low global warming potential refrigerant,” Taddonio said. “Or even better yet, Energy Star will only allow products with low global warming potential refrigerant to qualify for this environmental label because this label is not just about saving energy, it is about saving the environment.”

Gathering information on chemical refrigerants, Taddonio said, has been difficult as appliance manufacturers have been hesitant to release the information—until now.

Last month, GE Appliances and Electrolux-Frigidaire, each released a list of dozens of HFC-free refrigerator models that they manufacture.

GE Appliances and Frigidaire are the two most popular refrigerator brands in the U.S., making up approximately 40 percent of total market share, based on consumer survey data provided to Inside Climate News by the market research firm Statista.

LG Electronics, Whirlpool and Samsung also provided similar lists they had already shared with Climate Friendly Cooling.  The six brands account for two-thirds of the U.S. refrigerator market, according to Statista.

An EPA spokesperson who spoke on background said the agency is now in the process of adding the type of refrigerant used in refrigerators as a searchable term on the agency’s ENERGY STAR Product Finder website.

In trying to buy a new climate-friendly refrigerator, I did some internet research and ordered a model from Home Depot that GE assured me was cooled by isobutane. (Covering “super-pollutants” for Inside Climate News gave me something of an advantage in figuring all this out).

But when the “fingerprint resistant stainless steel” unit was delivered to my home in Cambridge, Massachusetts, I was aghast to see that it contained the refrigerant HFC-134a, a chemical 3,710 times more potent than carbon dioxide at warming the planet over the near term.

The refrigerator only used 127 grams—roughly one-quarter of a pound—of HFC-134a, and the coolant was tightly sealed in a network of pipes somewhere deep inside. But, at some point, maybe not until my new fridge is crushed for scrap metal at the end of its useful life, that 127 grams of refrigerant will likely be released into the atmosphere. When it is, the chemical will produce the greenhouse gas equivalent of burning 519 pounds of coal, or setting an entire barrel of oil on fire.

It was as if the shippers didn’t just drop off a refrigerator, but left a steel drum full of west Texas sweet crude behind and lit a slow-burning fuse. (An apologetic spokeswoman explained that the company is still in the process of converting all its refrigerators to climate-friendly refrigerants.)

The American Innovation and Manufacturing (AIM) Act, enacted in December 2020, gives EPA the authority to ban the use of HFCs at a federal level, but the agency has not yet passed regulations requiring such phase outs.

“We only have half a dozen or so states that have finalized their HFC ban rules and although those states make up a large portion of the U.S. market, it is by no means a guarantee that every refrigerator a consumer buys in the United States after 2022 will be climate friendly,” she said. “Hopefully we see the EPA under a Biden administration take action. It is one of the best low-hanging fruit targets of opportunity to protect the climate.” 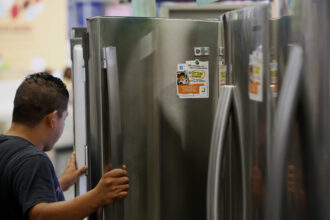 I Tried to Buy a Climate-Friendly Refrigerator. What I Got Was a Carbon Bomb. 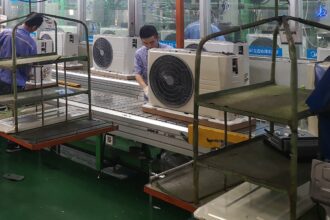 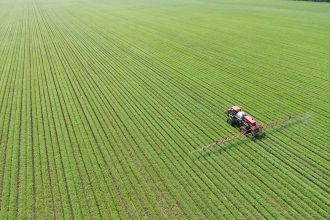