The coal business is personal in Craig, a small town in northwest Colorado.

Lori Gillam, owner of Stockmen’s Liquor in downtown Craig, was one of the first to start pulling beer off her shelves. “We did this in support of our community,” she said. “Everything depends on the coal mines or the power plants up here.”

The hubbub started when environmental advocates at the organization WildEarth Guardians successfully sued federal regulators over what they argued was a flawed approval process for the expansion of two coal mines. Regulators have 30 days left to file a revised application or face closing two mines that supply the local coal-fired power plant, Craig Station.

The two mines employ a total of about 400 people and produce more than 4 million tons of coal a year. At least half of those employees live in Craig. Similarly, many of Craig Station’s roughly 300 employees are based in town. The 1,303-megawatt facility supplies electricity to tens of thousands homes and businesses.

The breweries got caught in this crosshairs unwittingly, as a somewhat unlikely but strong coalition in favor of many environmental causes. They rely on water, which is particularly threatened by climate change in the west, and several were among the signatories of a corporate campaign of support for President Obama’s Clean Power Plan. The money they have given to WildEarth Guardians, they say, is consistent with that agenda.

“We really weren’t aware of [WildEarth Guardians] work around coal,” said Bryan Simpson, a spokesman for New Belgium. News of the green group’s lawsuit reached the office only after businesses had already started pulling their product.

Simpson explains the company’s  position on energy: “We use it. Quite a bit of it. Natural gas. Coal.” But, he added, the company isn’t declaring support––or opposition to––the lawsuit. Moreover, the brewery is standing behind its previous donations to WildEarth Guardians.

The communities, however, are holding a line on any support of WildEarth Guardians. To the people there, any threat to the coal industry is a threat to them.

If the mines close down, even temporarily, coal will have to be delivered from other sources, said Drew Kramer, a spokesman for Tri-State Generation and Transmission Association, Inc., the operator of Craig Station and owner of the subsidiary that owns one of the mines. Tri-State is a partial owner in the area’s second mine, too.

This pro-coal grassroots movement comes at a historically bad time for the nation’s coal industry. In the last five years, nearly 200 coal-fired power plants have shuttered––and more closures are anticipated due to increasing federal oversight, including the recently released carbon regulations for power plants, and the boom in natural gas production that has undercut coal prices.

As coal companies continue to face market, regulatory and legal challenges, communities like Craig are going to be especially hard hit—and they know it. The ongoing beer boycott exposes just how frustrated and worried many Coloradans are over this looming change.

This case has triggered “a long-overdue and necessary discussion around the future of coal and certainly brought out a lot of heated emotions and vitriol,” said Jeremy Nichols, climate and energy program director for WildEarth Guardians.

What Do You Stand For?

“The mines and the power plant—that is really why Craig is here,” said Jim Ferree, Craig’s city manager. He told InsideClimate News that the construction of Craig Station and the two mines that support it—Colowyo and Trapper—in the 1980s drove the town to grow from less than 3,000 people to around 9,000 today.

When the mines, both located on federal land, submitted permit revisions—Colowyo in 2006 and Trapper in 2007—the Office of Surface Mining, Regulation, and Enforcement, a division of the Department of the Interior, approved them within three years.

According to WildEarth Guardians, the applications included insufficient environmental analyses, such as not considering the climate impacts of burning more coal. The environmentalists blame the regulators for this oversight in their lawsuit, which they filed in 2014.

The activists also made the case that the public wasn’t given sufficient notice to comment on the mine applications.

Federal District Court Judge R. Brooke Jackson agreed with the green groups on both counts. In his decision, he criticized the regulators for “rubberstamping” the applications. In May, he gave the regulators a narrow window of four months to update the applications to meet the existing standards in order to keep the mines open.

Cynthia Johnson, a spokeswoman for the Office of Surface Mining, Regulation and Enforcement, wrote InsideClimate News in an email: “At this point, we are on schedule to comply with the 120-day remedy deadline.”

The WildEarth activists were stunned with their victory. “That was the justice we were looking for,” said Nichols.

Not so for the citizens of Craig. A few weeks following the decision Danny Griffith, owner of J.W. Snack’s Gulf Coast Bar & Grill in Craig, pulled New Belgium Brewing Company beers from his inventory after hearing about that they had supported WildEarth Guardians. Since 2008, the brewery’s philanthropy division has awarded the green group upwards of $9,000 across three grants for water conservation work unrelated to the coal mine lawsuit.

When liquor store owner Gillam found out, she decided to yank the beer from New Belgium Brewing Company and six other breweries. She found their names on the WildEarth Guardians’ webpage listing businesses that had supported them.

Both Griffith and Gillam shared what they were doing on Facebook, and the protest quickly spread across town.

Moreover, Gillam often reached out to the businesses to ask about their connection to the green group. Many responded that they weren’t even aware of WildEarth Guardians’ coal campaign, and distanced themselves from the group entirely.

“We want people to understand what they are supporting,” said Gillam.

Within the protest’s first month, the number of business sponsors listed on WildEarth Guardians’ website had dropped from 605 to about 150.

Nichols told InsideClimate News the public response has prompted WildEarth Guardians to change its policy. The group recently removed all the names on its website and has restored them only if companies specifically approve. Seven are currently listed there.

While Nichols commended the citizens of Craig for taking this stand for what they believe in, he feels their anger is misguided. Neither the breweries nor WildEarth Guardians are responsible for the situation, he said: it’s federal regulators.

“People can blame us until they are blue in the face,” he said, “but at the end of the day, the buck stops on the Interior Department because they messed up.” 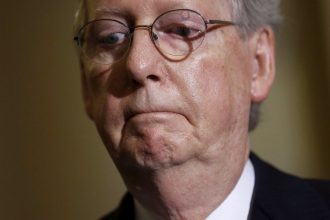 $3B in Coal Country Aid Ignored by Congress