Europe’s climate chief has beaten off intense lobbying from businesses to secure a key victory in the battle over greenhouse gas targets.

Connie Hedegaard, the EU climate change commissioner, published on Tuesday afternoon her long-awaited report into how the EU can toughen its climate targets in a cost-effective manner, with a proposal that the EU could raise its current targets on emissions cuts from 20 percent emissions cuts to 25 percent cuts by 2020.

Despite pressure from business groups to remove the proposal, and retain a clear commitment to stick at the lower 20 percent target, it remained in the final draft of the “roadmap to 2050,” seen by the Guardian ahead of publication.

Ruth Davis, the chief policy adviser at Greenpeace, said: “Over the last few weeks lobbyists for Europe’s dirtiest corporations have frantically sought to strip the European climate plan of any ambition whatsoever — but they have failed. What this road map shows is that if Europe does nothing beyond what it’s already planning to do, we will not only meet our 2020 carbon target — but also exceed it by quite some way.”

According to the 2050 roadmap, Europe will reduce its emissions by about 25 percent by 2020 if it implements the policies on energy efficiency that member states have already agreed. The roadmap found that setting a reductions target of at least 25 percent by 2020 would also be the most cost-effective way of cutting emissions by 80 percent by 2050, in line with the EU’s international commitments.

However, the 25 percent target must pass several more obstacles before it can become adopted as the EU’s official policy. It will be the subject of intense negotiations on March 14, when member states will meet to discuss the European response to climate change.

The extent of business lobbying on the subject has been evident due to the companies that Guenther Oettinger, the EU’s energy commissioner, has met with in recent weeks. Oettinger firmly opposes raising the 20 percent target, having told the Guardian that tougher targets would lead to the “faster de-industrialization” of Europe.

Oettinger met representatives of Eurelectric, the association of the European electric industry; Geode, an association of electricity distributors; the chief executives of the European Chemical Industry Council; OMV AG, Austria’s biggest oil producer; and several other companies known to be hostile to the higher target. By contrast, he had only a handful of meetings with low-carbon supporters, including one with a German state agency for electric vehicles.

Chris Huhne, the UK’s climate change secretary, gas played a leading role in the push for a tougher emissions target. He gathered support from his counterparts in Germany, France and Denmark to urge a target of 30% emissions cuts, arguing that it was needed to wean Europe off oil and would create jobs by stimulating the green economy.

Greenpeace’s Davis said: “This is a victory for Chris Huhne. He has been at the forefront of making the case that if Europe is to insulate itself from the hazard of rising oil prices, and compete with China in 21st century industries, it needs to up its game. The case for Europe making a 30 percent cut is now just inarguable, and should happen without a reliance upon offsets from abroad.”

Gareth Stace, the head of climate and environment policy at the EEF, the main body representing manufacturers in the UK, said: “This is a welcome recognition that a clear framework and realistic ambition is the only way forward for reducing emissions. This is vital if we are not to export jobs to developing countries and allow European industry to capitalize on the growth opportunities associated with creating a low-carbon economy.”

But he added: “Now is not the time to focus on tightening top-down carbon targets that must be met by the end of the decade, but to develop a strategy of what can be achieved in the short, medium and longer term.”

He said that rather than setting “top-down” targets at a European level, ministers should instead appraise where cuts could take place at lowest cost, and devise a target based on this assessment.

Sol Oyuela, senior adviser on climate justice at the charity Christian Aid, said: “It’s good to see the EU saying today that 25 percent cuts by 2020 are achievable. However, what’s really striking is the yawning gap between what European leaders are prepared to commit to and the ambitious plans which the Chinese authorities announced on Saturday.

“China’s new five-year plan outlines how the country will achieve its carbon intensity reduction target of 40 to 50 per cent by 2020 by supporting low-carbon industries, creating carbon markets and investing huge sums of public money in green innovation. The plan shows that the Chinese have great confidence in the green future being an engine for development.” 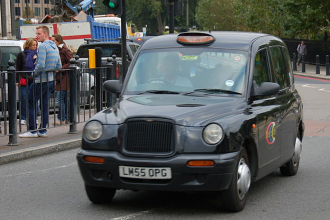 London Black Cabs Will Be Electric by 2020 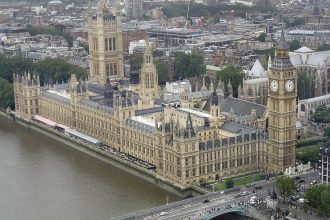