ANCHORAGE, Alaska—The owner of a pipeline leaking natural gas into Alaska’s Cook Inlet is dealing with another potential gas leak on a different line. It is the third such incident this year for Hilcorp Alaska in an area that has been declared a “critical habitat” for endangered beluga whales.

A spokesman for the company said the latest incident was not a leak, but rather “a metering anomaly.” The federal agency with jurisdiction over the pipeline challenged that characterization.

“As far as we know there was a leak. If they [Hilcorp] have some new information that hasn’t made it to us yet, I couldn’t speak on that,” said Darius Kirkwood, a spokesman for the Pipeline and Hazardous Materials Safety Administration (PHMSA).

“The line has been shut down and we are investigating,” he said.

The Alaska Department of Environmental Conservation (DEC) called it a leak.

“The pressure in the line dropped dramatically, that was their indicator that they had a leak,” said Kristin Ryan, the director of spill prevention and response for the DEC. “They shut the well in and shut the line down. So that has been stopped.”

Neither Ryan nor Kirkwood had information about when the problem was reported or how much natural gas may have leaked out. The underwater pipeline carries gas to shore from the company’s Steelhead drilling platform. Hilcorp has emptied the pipeline of gas. Because Alaska has no regulations that apply to natural gas leaks, PHMSA is handling the response.

The platform is in the same area of Upper Cook Inlet as the company’s two other leaks. The three incidents are unrelated.

Ryan said it is uncommon to have so many incidents.

“We haven’t had this amount of problems in my tenure, and I’ve been the [spill response and prevention] director for four years,” she said. “This is unusual.”

Hilcorp said it discovered the metering anomaly in the Steelhead line during a comprehensive safety inspection of all of its pipelines following its initial gas leak.

That first leak, which is ongoing, was identified on Feb. 7, but began in late December, according to the company. Hilcorp has said it cannot shut that pipeline without risking a leak of residual crude oil, which would cause a

worse environmental problem. It has not been able to repair the line because of ice in the inlet.

The DEC has handled the response for that leak with federal agencies because it is spewing almost pure methane, a hazardous substance that falls within the DEC’s regulatory authority.

An oil leak was reported on April 1, after Hilcorp employees on the Anna platform felt an impact and saw an oil sheen. The company said that less than three gallons of oil spilled. In a statement on Friday, Hilcorp said it does not believe the pipeline caused the leak.

“Indications are that this line is not the source of the small sheen observed but it is important that its integrity is verified before returning this platform to production,” it stated.

In response to the oil leak, PHMSA issued an order on Thursday that requires the affected segment of the pipeline to remain offline. It also orders the company to conduct pressure tests and inspections to determine what caused the spill.

For the environmental organizations that have been concerned about the earlier leaks, the newest incident adds to their worries that the inlet’s aging oil and gas infrastructure could be putting a fragile ecosystem at risk. Much of the infrastructure was built in the 1960s. Virtually all the operations are now owned by Hilcorp, which started operating in Alaska in 2012.

“The hits just keep coming with Hilcorp in Cook Inlet,” said Bob Shavelson of the nonprofit Cook Inletkeeper. “While information is still coming out, it’s clear they lost pressure in yet another pipeline. Now, we need a serious response from regulators to make sure Cook Inlet development is safe and responsible.”

Shavelson sent a letter to Alaska Gov. Bill Walker asking for a risk assessment or integrity management plan for the entire inlet, among other things.

That followed a similar request by the Center for Biological Diversity asking PHMSA and the DEC to immediately inspect all Cook Inlet pipelines.

“Reports of Hilcorp’s third leak this year in its Cook Inlet pipelines are deeply disturbing,” said Miyoko Sakashita, the director of the center’s oceans program. “Oil and gas drilling in Cook Inlet presents a clear threat to public safety and endangered beluga whales. All of Hilcorp’s entire aging infrastructure in Cook Inlet needs to be thoroughly inspected.” 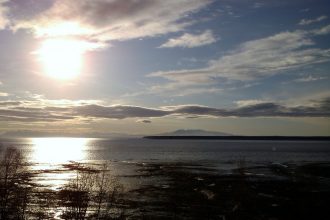 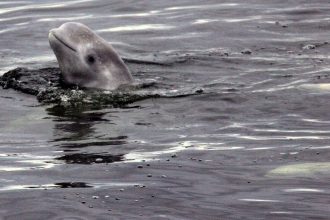 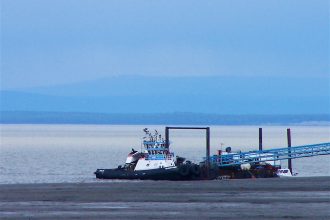