A debate over how best to compensate rooftop solar owners is taking place across the country.

In California, the country’s leading solar market, regulators are working on changes to rooftop solar rules, while utilities and solar advocates are trying to position themselves to shape the process to their liking.

Many of the other policy fights are happening in places where rooftop solar is at the margins, and utilities would like to keep it there.

I reached out to some of the groups that follow solar policy most closely to get an idea of which states I should be watching, from the obvious—California—to some others that might get overlooked.

Many of the debates are about “net metering,” which refers to the way that rooftop solar owners can send excess electricity to the grid and get paid for it by utilities, an important variable for determining whether it makes financial sense for someone to install rooftop solar.

In many places, utilities pay the full retail price for excess electricity from rooftop solar. But as rooftop solar gets more popular, utilities have pushed to reduce the price and charge additional fees. Solar advocates say utilities are trying to slow the growth of a competing source of electricity, while utilities say solar owners are not paying a big enough share of the costs of maintaining the grid.

The result, following years of debate and lobbying, is that some states are moving away from net metering at the full retail price, and trying to figure out what will become the new standard. Utilities and the solar industry are arguing over the design of those rules, with some on both sides saying they would like to end the cycle of constant policy fights and figure out a long-term solution.

California is playing an outsize role because its rooftop solar market is larger and more complex than that of other states, and its policies could be trendsetting.

“What happens in California now may be replicated in other places a few years down the road,” said Ben Delman, communications director for Solar United Neighbors, a nonprofit that works with consumers in a dozen states to set up bulk buying of rooftop solar systems. “Other places are looking to (California) as sort of a way to see almost into the future in their own markets.”

The California Public Utilities Commission is working on an update of net metering, and plans to issue new rules later this year, the first major rewrite since 2016. The commission published some guiding principles for the process, including that the new policy should “ensure equity among customers,” which is a sign that the utilities may have a receptive audience for their argument that the current policy leads to a shift of some costs to non-solar customers.

The state’s major utilities issued a joint proposal last month that would increase fees and decrease compensation for electricity sent back to the grid, which the companies said was a matter of fairness, to prevent overcharging customers who don’t have solar.

Solar advocates had their own proposals and disputed the utilities’ arguments about fairness.

“California cannot achieve its ambitious clean energy goals if policymakers suddenly and dramatically lower bill savings for those who choose to go solar, as the utilities will continue to demand,” said Susannah Churchill of Vote Solar in a statement.

One of the core issues in California is that rooftop solar has gotten so popular that it is affecting the fundamentals of demand for centralized power plants and is putting pressure on utilities’ finances. Regulators face the difficult task of trying to encourage the continued expansion of rooftop solar while also listening to utilities’ concerns.

In other states, the fight is more about whether rooftop solar is a good enough deal for customers to get a foothold in the market.

Here are some of the places where debates are going on:

These are just a sample of what’s happening around the country. Solar analysts and advocates also mentioned Connecticut, Indiana, Maine, Mississippi and South Carolina, among others, as states to watch for debates about rooftop solar rules.

Last year, all but four states—Alaska, Nebraska, North Dakota and South Dakota—took some kind of action on rooftop solar policy, according to the most recent “50 States of Solar” report from the NC Clean Energy Technology Center. (Autumn Proudlove, senior policy program director at the center, was one of the people I spoke with about what’s happening in states right now).

There are big differences in the states’ approaches, but what they share is an awareness that regulations need to change to be ready for a market in which rooftop solar is much more common.

Yet, regulators only control part of the financial equation. The costs of solar panels continue to decrease. And customers are increasingly buying solar along with battery storage, which means people are storing excess electricity for their own use rather than sending it back to the grid, reducing the importance of net metering policy.

The upshot is that the regulatory fights matter a lot right now, but they may not matter as much in the energy economy of the near future.

Probing the ‘Subprime Trap’ of Some Solar Financing: With door-to-door sales and sometimes unscrupulous practices, a form of financing for rooftop solar and energy efficiency is not a good deal for many consumers. Rebecca Burns reports for Type Investigations and Bloomberg Green, about some of the problems with a kind of financing called property assessed clean energy, or PACE, which allows property owners to cover the upfront costs of certain home renovations. Some companies use the availability of this financing method to persuade residents to agree to projects they can’t afford, often sold with the idea that the benefits of the projects will cover the costs. And some local governments have stopped allowing PACE financing because of consumer complaints.

Indiana Energy Bill Makes U-Turn: An Indiana Senate committee has made some big changes to a bill that originally was going to impose statewide rules for the placement of wind and solar projects. Facing opposition from county leaders who want to maintain local control, lawmakers have amended the bill to allow local ordinances to remain in place, while offering incentives to counties that decide to open their land up for renewable energy development, according to London Gibson and Sarah Bowman of The Indianapolis Star. The legislature only has a few more weeks to work before the end of its session. I wrote about this bill before the latest amendment, and am curious to see what form of it, if any, passes.

Energy Department Aims to Fix Efficiency Program: The Department of Energy has filed notice that it intends to reverse some of the changes by the Trump Administration that made it more difficult to implement new efficiency standards for appliances, according to Robert Walton of Utility Dive. The actual rules, and the proposed changes, are complicated, but the bottom line is that the Biden Administration wants stronger efficiency rules and wants to remove obstacles that slow the adoption of new rules. Joe Vukovich of the Natural Resources Defense Council said in a blog post that the energy department is “taking the first steps necessary for repairing damage done by the Trump administration and making it easier to save consumers money and keep pollution out of our air.” 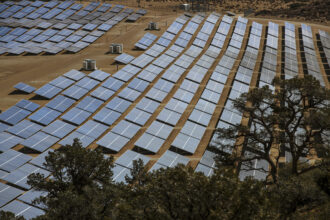 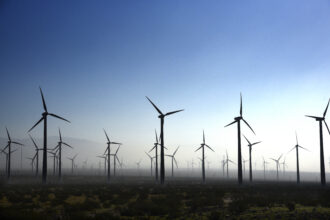