Onshore wind energy could do much of the heavy lifting in a low-carbon grid, but first developers need to find places to put tens of thousands of turbines—and that may be challenging.

New research from the National Renewable Energy Laboratory uses high-resolution satellite data to provide insights into how much space there is in the United States for wind energy, and the outsized role that local restrictions can play.

The country now has about 120 gigawatts of wind energy capacity, which produced 8 percent of the country’s electricity last year. Those numbers are going to grow, but there is a wide range of potential outcomes for how much. If local restrictions mean fewer wind farms are built, the result is likely to be higher costs for consumers, said Trieu Mai, a senior energy analyst for NREL.

“We know that renewables are going to have to increase to help decarbonize the power system, and we know that they’ll probably have to increase by significant measures compared to where we sit today,” he told me. “What has not been studied well is, can we deploy these things at the locations where we need them (in a way) that gives us the highest efficiency and power output?”

He was part of a team of researchers that used satellite images to look at where turbines could be placed in relation to roads, buildings, waterways and other obstructions. The researchers cross-referenced this terrain with state and local rules on how far wind turbines need to be from nearby structures, and then did additional analysis about costs.

“Advancements in our data have really enabled us to pin down the siting challenges for wind (in ways) we haven’t been able to before,” said Anthony Lopez, a geospatial science researcher for NREL who also was part of the team.

The results, published in two recent papers in the journal Energy, show three main scenarios based on the extent of restrictions:

All three scenarios would have enough room for onshore wind to be a major part of a cleaner grid. But the energy transition would be easier to execute if developers have as many locations as possible to consider for projects.

A lot is riding on how much development takes place. The researchers show that as wind power increases, electricity prices are likely to decrease because wind is one of the least expensive sources of electricity, even as restrictions on wind power possibly lead to higher prices.

There also are regional differences among the scenarios. As restrictions increase, onshore wind farms would be more concentrated in the sparsely populated parts of the Mountain West and Southwest, and less likely to be in the Great Lakes, Southeast and other regions where cities are closer together.

This concentration would lead to higher costs per unit of energy because the wind farms would need to deliver their electricity longer distances to get to population centers.

The NREL research is arriving at a time when some state and local governments face pressure from residents to impose limits on wind turbines, a situation complicated by the varying requirements and authorities in the states. The limits often take the form of setback requirements, which specify the minimum distance required between a turbine and nearby structure, property line or road.

Ohio increased its setback requirements with a 2014 law that nearly tripled the distance. The result has been a near freeze in new wind farms as developers find that projects make less economic sense if there is less room for turbines in leased areas.

In January, Madison County, Iowa, officials passed an ordinance that banned construction of new wind farms, responding to residents who were upset with how wind energy development was affecting the views in their rural county.

Considering that calls for wind farm restrictions appear to be growing, I think the most likely scenario is somewhere in between the “reference case” and “limited access.” I asked Mai and Lopez whether they agreed, and they said this was a reasonable inference, but beyond the scope of their research.

The larger point is that restrictions on wind energy matter to an extent that was not as clear before. The United States has an abundance of wide-open spaces, but land is still a limited resource, and we’re going to need a lot of it to produce renewable energy.

California Debate Begins on Rooftop Solar: California utility regulators are preparing to update rules for rooftop solar, setting up a major debate in the country’s largest solar market, as Rob Nikolewski reports for The San Diego Union-Tribune. The three largest investor-owned utilities—San Diego Gas & Electric, Southern California Edison and Pacific Gas & Electric—submitted a joint proposal that would increase costs for rooftop solar owners based on the idea that those customers are not paying enough to maintain the grid. Solar industry groups made filings that said regulators should be wary of proposals that would make rooftop solar less attractive at a time when California needs to increase its use of renewable energy to meet targets for cutting emissions.

Meanwhile, South Carolina’s Solar Debate is Well Underway: A similar debate is playing out in South Carolina, where Dominion Energy has proposed to increase costs for customers with rooftop solar. And now the utility wants to prevent nearly two dozen people from speaking against the proposal at a public hearing. Sammy Fretwell of The State reports on this latest skirmish in a regulatory case that has had some familiar arguments, with Dominion saying rooftop solar owners aren’t paying enough to cover their share of the costs to maintain the grid and solar companies saying that the utility’s arguments are a smokescreen to obscure an attempt to hurt a competing source of electricity. Some of the people Dominion wants to bar from speaking are affiliated with solar companies.

Would Kansas Benefit from an Energy Plan?: Kansas is one of a small number of states without a clean energy plan, and that may put the state at a competitive disadvantage. Brian Grimmett of KMUW radio, the NPR affiliate in Wichita, has a story about the push for the state to be more proactive in planning on energy issues, and how those efforts have been thwarted by the Legislature’s Republican majority. “There’s some fear out there that this is going to be some new expensive ‘Green New Deal’ kind of thing and the stop arm comes up,” said Kansas Rep. Mark Schreiber, a Republican who sponsored a bill, which failed to pass, that would have required the state to create an energy plan.

EV Options Are Expanding and at Lower Prices: Consumer Reports is out with its annual list of best cars of the year, and also has a comprehensive list of automakers’ plans for electric vehicles, with more than 100 all-electric models set to go on sale by 2024. One of the trends is that companies are aiming more for the middle of the market with lower prices for EVs than before. “These more affordable models have the potential to sway a significant percentage of the car-buying public toward buying an EV with their efficiency, performance, and lower ownership costs,” said Gabe Shenhar, associate director of Consumer Reports’ Auto Test Center. 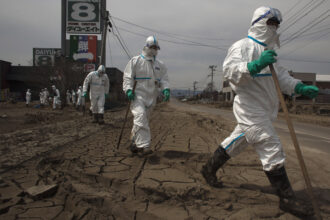 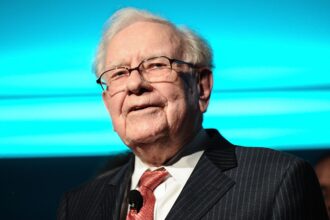 Inside Clean Energy: Warren Buffett Explains the Need for a Massive Energy Makeover 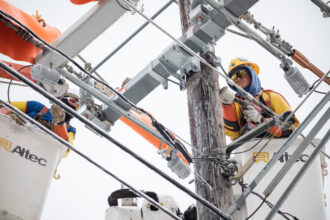