When Robert Bushman sold his California polysilicon recycling company in 2006, China controlled just 10 percent of global solar panel production. Four years later—after he’d bought the business back from a German firm—China’s share had leaped to more than 50 percent, and it is still growing fast. “Most of our sales are in China today,” he says.

Bushman’s SolarSilicon Recycling Services is one of several U.S. suppliers of polysilicon—a key ingredient in solar photovoltaic panels—that is thriving off the Chinese solar manufacturing boom. Sales are “through the roof,” reveals Bushman, who says he repurchased his company in part to cash in on surging demand for American-made solar silicon.

It’s an increasingly unusual situation for U.S. solar firms. In other stages of the supply chain—wafers, cells and modules—China has lured American companies with its scores of low-wage workers and bevy of government subsidies.

But cheap business costs have limits in high-tech sectors like polysilicon production, where quality and innovation are coveted. And it’s one area where the United States enjoys a trade surplus, amounting to $2.3 billion last year for the crucial material, according to new figures released by the Solar Energy Industries Association (SEIA) and GTM Research.

Over the past few decades, the United States has built a skilled labor force in making polysilicon—initially to create semiconductor wafers for computers and electronic products and now almost entirely for the solar industry. The country has also gained an edge in advanced equipment for making solar panel components.

“In polysilicon and capital equipment, the U.S. has still done quite well,” says Shayle Kann, managing director of solar research at GTM Research. “Those parts of the value chain are more capital intensive. They’re more IP [intellectual property]-intensive, and they’re more difficult to do. They are also less labor intensive, meaning that the advantage gained through lower labor costs has less of an impact.”

Still, China has managed to become the world’s No. 1 manufacturer of polysilicion producing one-third of the world’s poly supply ahead of the United States, which accounts for 25 percent of global production. But most of China’s silicon plants came online rapidly in recent years at the expense of quality and expertise, says Bushman. “Right now, the solar manufacturers would prefer to use… our recycled silicon before using the Chinese prime.”

SolarSilicon Recycling collects leftover poly and other silicon scraps that solar firms trash after they cut wafers and cells into shapes. It tests, cleans, upgrades and packages the materials at its Los Angeles area facility, and ships the second-generation solar feedstock to customers in the United States, Germany, China and across Asia.

The idea first came to Bushman when he was working in the scrap metal business and noticed that one of his clients, Siemens Solar (now German solar giant SolarWorld), was tossing out its extra silicon at a time when supplies were limited. Bushman developed a silicon recycling process to use with Siemens, and in 1996 he opened SolarSilicon Recycling to offer his service to more clients.

The firm opened an office in Beijing in 2004 to facilitate sales to the Chinese solar panel market that was just taking off. The company changed hands several times—first to German wafer and cell manufacturer Ersol Solar Energy and then to German manufacturing giant Robert Bosch GmbH—before Bushman bought it back in 2010.

But even when the firm wasn’t under his control Bushman says he kept in close contact with Chinese startups-turned-solar powerhouses—Trina, Suntech and Yingli Solar. Now, SolarSilicon Recycling is the world leader in silicon feedstock reprocessing for the solar industry, according to its website, though Bushman wouldn’t disclose any financials.

To meet growing demand the company is expanding its operations into a Walmart-sized facility in Ventura, Calif., this year.

U.S. Is Net Exporter of Solar

In 2010, the U.S. shipped about $870 million worth of polysilicon to China while importing just $4 million from the country, according to an Aug. 29 report from SEIA and GTM Research. Most export materials came from leading polysilicon makers Hemlock Semiconductor’s facility in Michigan and Norwegian firm Renewable Energy Corporation’s two plants in Washington state.

Polysilicon and capital solar equipment accounted for nearly 70 percent of the $5.6 billion in U.S. solar exports last year—most of which went to China and Germany.

The boost shows that the nation’s solar manufacturing sector is maturing, says Resch.

“The fact that the United States is a net exporter of solar right now is a pretty amazing statistic. It sheds light on the solar industry as having the potential to be a major economic engine for this country.”

Already there are signs this is happening, says Resch. He notes that 75 cents of every dollar spent toward making, permitting, building, financing and operating a U.S. solar installation stays within the country, according to the report. The statistic is meant to dispute claims of critics that America’s installed solar capacity is foreign-made.

Perhaps so, but the nation’s success in the erratic solar industry is far from certain. Both Resch and Kann agree that a combination of global forces could hit the bottom lines of U.S. polysilicion and equipment producers.

In fact, a grim first half of 2011 for foreign and domestic solar companies could take its toll across the solar industry this year and next, experts say. Last year’s solar manufacturing boom left a glut of panels in its wake, as several European countries, namely Spain, Italy and the United Kingdom, slashed solar incentives and slowed demand for solar installations. Partly as a result, global solar panel prices sunk 42 percent since December, squeezing the profit margin for module manufacturers.

“Some companies have pulled back on the output of their facilities, and some other companies have reduced their capacity expansion plans,” Kann says. “Those two factors both would hurt U.S. exports because if [plants] are manufacturing less, they need less polysilicon. And if they’re expanding less they need less capital equipment.”

The U.S. trade surplus depends on growth in both poly and solar equipment. In the later stages of the supply chain the United States is still a big importer, a trend that is likely to continue. For example, most of the $3.7 billion in U.S. solar imports were in assembled solar panels from China and Mexico.

“What you see is a trend where the lower-cost regions are increasingly stealing shares of…wafers, cells and modules,” says Kann.

Indeed, U.S. firms working in these areas have been dealt a string of second-quarter profit losses due to competition from low-wage nations. Most notably, Silicon Valley’s Solyndra, which makes high-tech PV arrays, said last week it would cease operations, citing poor economic conditions for solar and tough competition from China. This week the firm announced it had filed for bankruptcy protection from a Delaware court. Solyndra built a $733 million factory in Fremont about a year ago with $527 million in loans from the U.S. Department of Energy.

While Solyndra is the country’s biggest loss—1,100 workers were laid off—it’s not the only one.

But don’t assume the downturn will spell doom for all U.S. solar manufacturers, argues Kann. This year’s downturn hit the least-competitive American firms the hardest, he says. Industry leaders, such as Tempe, Ariz.-based First Solar, are expected to fare much better.

On Aug. 22, the world’s largest maker of thin-film solar modules, opened a $300 million factory in Arizona that will employ 600 full-time workers. Last week the firm announced that the Export-Import Bank of the United States, an independent federal agency, had authorized more than $455 million in project financing for its manufacturing facility in Perrysburg, Ohio.

On the polysilicon front, Sunnyvale, Calif.-based Calisolar announced on Tuesday that it is building a $600 million production facility in Mississippi, which should create 1,000 construction jobs in the state.

‘We May Need to Import Less’

Solar energy installations in the United States are poised to double this year for the second year in a row, according to an earlier report by SEIA and GTM Research. Around 1,800 megawatts of solar power will be installed in 2011, enough electricity to power about 360,000 households, more than double last year’s increase.

Despite some gloomy expectations from the global solar market, Kann remains hopeful that components of U.S. solar installations—from across the supply chain, not just polysilicon—will increasingly be made in the U.S.A. “We have a growing downstream market in the U.S. and more manufacturing capacity internally than we had before, which means we may need to import less,” he says.

But SEIA’s Resch says that without any incentives to lure clean energy manufacturers to the United States, many firms might find it hard to turn down the billions in subsidies and low-interest loans offered chiefly by Germany and China to build new facilities, retain employees and reduce production costs.

“You continue to see companies … express a desire to manufacture in the U.S., but without any kind of support from the federal government, they’re finding that it is financially very difficult to justify,” he says.

“Right now, we’re not offering anything that is going to attract the next generation of manufacturing.” 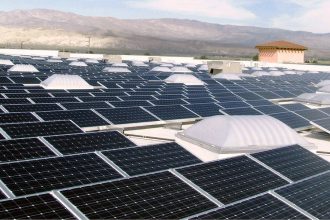 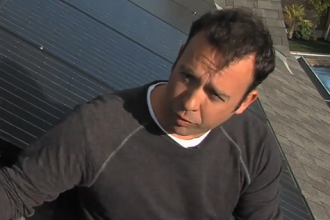 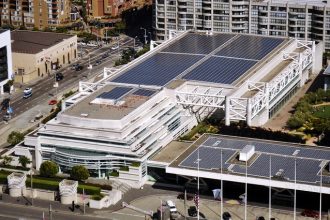 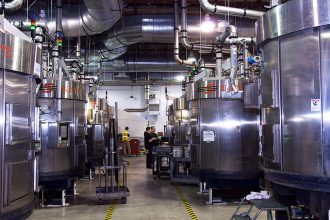