The Kansas Supreme Court has provided a rare and sweet victory for renewable energy advocates in the state, with national implications.

The court issued a unanimous ruling on Friday agreeing with advocates that a 2018 utility rate plan was discriminatory in the way it created a new charge that inflated the bills of rooftop solar customers.

This has the potential to alter the national debate over how utilities deal with rooftop solar, considering that utilities in other states have pointed to Kansas as a model.

“We couldn’t hardly believe it because we don’t win on these issues against the utilities very often,” said Dorothy Barnett, executive director of the Climate and Energy Project in Hutchinson, Kansas. “There was a lot of yelling and happy tears.”

Barnett has worked for more than a decade to help Kansas end its status as a solar laggard. The state ranks 47th in the country in installed solar.

In 2018, state regulators approved rate proposals from Westar and Kansas City Power & Light that created a new charge for households that own systems that generate their own electricity.

The utilities—which have since merged to become Evergy, and serve about two-thirds of the state’s electricity consumers—said the charge was a fairness issue because rooftop solar customers otherwise have bills so small that they don’t contribute enough to maintaining the electricity grid.

This is a familiar—and often dubious—argument, leading to a variety of measures across the country that have reduced the financial advantages of rooftop solar.

The deeper issue is that utilities often see rooftop solar as competition, showing what advocates say is an essential flaw in the utility business model that harms the transition to clean energy.

Barnett notes that the court decision was written by a judge appointed by former Gov. Sam Brownback, a conservative Republican, a fact that she sees as “almost a cherry on the top of an ice cream sundae.”

Republicans in Kansas and in other states have tended to go along with utilities’ attempts to rein in rooftop solar. Barnett says solar should be nonpartisan, appealing to anyone who wants to take control of their energy production.

While many utilities have taken actions to reduce the financial attractiveness of rooftop solar, the Kansas companies were unique in the way they did it, making the new charge based on a customer’s monthly peak electricity demand, as opposed to something that would be easier to understand, like a flat fee or a rate change.

The result was that bills could vary substantially. During the rate case, the utilities calculated that the monthly average charge would be about $25 for a typical household, on top of the regular electricity bill.

The charge meant that solar installers could no longer argue that a rooftop system would pay for itself with utility bill savings in about a decade. In a 2019 legislative hearing about the rates, one consumer testified that her solar system would have paid for itself in 13 years under the old rates, but now would take a projected 39 years.

Many solar companies responded by turning their attention to neighboring Missouri, where most of them were already doing business, Barnett said.

It is too soon to say whether the court ruling will revitalize solar power in Kansas, but Barnett is optimistic that this is a turning point.

An Evergy spokesman said in an email that the company is reviewing the court’s decision and will work with regulators to figure out the next steps.

The ruling will probably soon become part of debates in other states, said Rick Gilliam, program director for distributed generation policy at Vote Solar. Utilities in other states have made proposals that have similar elements, even if they don’t have the specifics of the demand charge.

One example is Idaho, where the utility Idaho Power has proposed a charge that looks discriminatory in the way it treats rooftop solar customers as a separate category from other households, he said.

“Whenever I would work in other states, utilities would point to Kansas as the shining light of how this should be done,” he said.

Now, he has a new and formidable retort, and that’s a big deal.

What Does a Clean Energy Transition Look Like for Industry?

A new report charts a path to eliminating emissions from industry by 2070, finding that although there are many kinds of factories, the potential solutions fall into a few common categories.

This is important research because about one-third of global emissions come from industry, if you include emissions from electricity and heat used in factories. That’s more than the emissions from buildings or transportation, but we don’t talk about it much.

“It hasn’t gotten the attention it deserves, and one reason for that is it’s not as visible,” said Jeffrey Rissman of the think tank Energy Innovation, and a co-author of the report, published in the journal Applied Energy. “If you’re talking about industry, it’s all what’s going on behind closed doors in a factory.”

More than two dozen researchers contributed to this study, which seeks to get an idea of how much specific industries contribute to emissions, and how they can move away from fossil fuels.

The co-authors put together a list of the industries that had the most emissions in 2014, the most recent year for which reliable data is available.

Steel leads that list, and a central challenge is developing a zero-emissions method to  produce the high heat used in making it. The report looks at the possibility of burning hydrogen for this purpose as an alternative to natural gas, something that would work for steel and other industries.

There also are opportunities to use electricity in industrial processes that now run on fossil fuels, which would be a big step forward if it coincided with a transition of the electricity grid to net-zero emissions.

Much of the rest of industrial emissions could be eliminated with an emphasis on energy conservation and recycling certain materials, and the development of carbon capture technologies to store whatever carbon remains.

The report lays out a timeline in which some of the steps are available right away, such as energy conservation and electrification, and could be implemented between now and 2035. The next phase, from 2035 to 2050, would include technologies that are not widely available or affordable yet, such as carbon capture. Then, from 2050 to 2070, the steps would include wide deployment of hydrogen as an alternative to carbon-emitting heat sources.

The co-authors recommend that governments increase research funding to shorten the timelines until some of these processes are widely available for use.

Governments can accelerate changes in industry with policies such as carbon pricing and programs to help companies buy low-carbon materials.

It’s a lot to digest, but we need to try, because the energy transition is about much more than power plants and vehicles.

Sunrun, the country’s largest rooftop solar installer, has laid out how it plans to adapt to a market severely disrupted by Covid-19.

The San Francisco-based company says it is switching to conducting sales calls with video conferencing and carrying out roof surveys with drones, part of a broader effort to continue to sell and install solar systems at a time when its personnel cannot come in physical contact with customers.

The company also has cut $30 million in costs for the quarter, most of it through “labor-related cost actions,” which basically means layoffs.

How bad does the company think this crisis will get for rooftop solar? It isn’t saying, other than to withdraw its estimate issued in February that its 2020 solar installations, as measured in megawatts, would be up 15 percent from 2019.

“The innovations and adaptations we are implementing today will help us get through this and ultimately make us stronger,” said Lynn Jurich, co-founder and CEO, in a statement. “I want people to know that Sunrun not only provides resilience—we are resilient.” 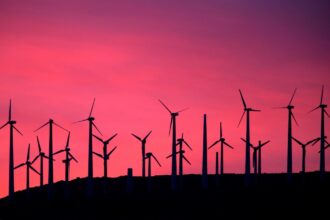 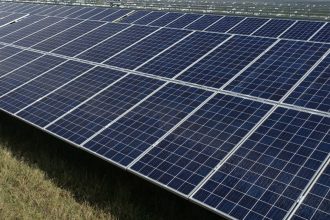 Inside Clean Energy: A Michigan Utility Just Raised the Bar on Emissions-Cutting Plans 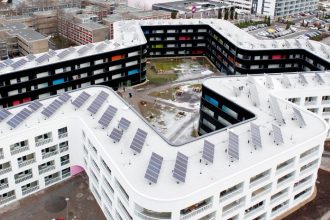