Scientists tracked the locations of 67 species of bumblebees in North America and Europe and discovered a disturbing trend: The bees’ total geographic range is shrinking—and climate change is the prime suspect.

Since the mid-1970s, the bees have retreated by up to 180 miles—roughly the distance from New York to Baltimore—from their southern margin while their northern margin appears to have stayed put. The scientists say the geographical squeeze is more strongly linked to rising temperatures than to either pesticide use or changes in land use, according to a study published this week in the journal Science.

“This is the first study to convincingly demonstrate that climate change is affecting a larger number of bee species over their global distribution,” said Leif Richardson, a postdoctoral fellow at the University of Vermont. Richardson is one of the study’s 14 authors from 12 different universities and research institutions worldwide.

The researchers warned that if their territory continues to shrink, it could be deadly for the bees. Previous studies have tied extreme warming events to bee losses––a bad omen for the humans who rely on them to pollinate crops.

Wild bumblebees, more than 200 species of which span the world, play a critical role in supporting plant growth. The billions of bees spread pollen across different parts of plants, enabling them to reproduce. Blueberries, apples, peppers, tomatoes, pumpkins and squash are among the fruits and vegetables that rely on these bees.

This geographic shift “could lead to problems for agriculture,” said Richardson. “We think there’s an urgent need” to understand how plants in the abandoned areas along the bees’ southern margin are responding, he told InsideClimate News.

Previous bee studies in North America and Europe have observed troubling declines in bumblebee populations. According to the International Union for Conservation of Nature, 24 percent of European bumblebees are threatened with extinction, and preliminary data suggests similar trends for North America.

This new research shows that climate change is “another important piece in the puzzle of what’s going on with bees,” said James Strange, a research entomologist from the U.S. Department of Agriculture; he was not involved in the study.

As Richardson and his colleagues note in the paper, bumblebees aren’t alone in shifting habitats in conjunction with climate change. Other creatures, from butterflies to birds, have been observed pushing into new northern territory, where it’s cooler.

“By contrast, and surprisingly, we found that bumblebees are retreating from the southern margins of their ranges and failing to increase their range northward … even though new areas of habitat have become available,” said Richardson.

A subset of bees studied responded to the temperature changes in a different way: they moved into higher––and cooler––elevations in their same geographic location.

The study looked only at mean latitude of bee species at different time periods, based on individual bee collections. It did not track population changes, bee abundance or die-offs.

Sydney Cameron, an entomology professor at the University of Illinois, questioned the conclusion that some bees haven’t already moved northward. This study is based on an impressive database of historical data, she said, but it’s possible there’s a data gap. The transition of bees moving out of their known southern margins would likely be more apparent in the data and thoroughly documented than bold bees venturing into new terrain, she said.

Even if bees are hovering at the northern margin of their living ranges today, this doesn’t mean they will continue to do so in the future, said Cameron: “It’s too early to say the bees won’t move north.”

The U.S. Department of Agriculture’s Strange agreed. He theorized that it’s possible the plants the bees need for survival have not moved northward, either. Richardson agreed this is a possibility––and warrants further research.

If the bees continue to lose ground, while also not pushing northward, the researchers suggested human intervention: experimentally relocating them into new areas.

The recent study isn’t the first to look at the possible impact of climate change on bees, but it’s the “biggest” and “most extensive” so far, said Richardson, who noted, “This is a big step forward.”

Richardson hopes it stimulates new research into the way changing temperatures impact bee ecology and how they interact with other known bee stressors, such as pathogens, pesticides and changes in land use.

In May, the Obama administration announced a national strategy to promote the health of various types of pollinators, including bumblebees. While the strategy focuses on reducing bee exposure to pesticides and carving out protected areas, it briefly suggests studying the impact of climate change on bees. 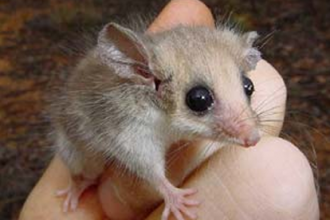 Climate Change Sends Species on the Move, Giving Invasives a Leg Up