Yorktown, where Lord Cornwallis accepted General Washington’s victory to end the American Revolution, would seem like an appropriate spot for a surrender in the war on coal.

Instead, two outdated coal-fired power plants there, the Yorktown 1 and 2 units operated by Dominion Energy, are limping along in the Virginia heat.

Inefficient, uncompetitive, and out of compliance with federal pollution standards, and long slated for retirement, the Yorktown boilers have been fired back up intermittently since last year under an emergency license granted by the Department of Energy using a rarely invoked authority of the Federal Power Act (FPA).

Energy Secretary Rick Perry granted that request by the regional grid operator, PJM Interconnection, because without Yorktown’s supplies the local area faced possible blackouts or power rationing when the summer heat drove up demand. That would affect such places as Langley Air Force Base, William and Mary College, and 600,000 electric customers in and around Hampton Roads.

At the moment, Yorktown is the only generating station in the country where power is being supplied by coal plants on an emergency basis to preserve the grid’s reliability.

But that could happen at many more if the Trump administration gets its way and invokes the FPA and another law, the Defense Production Act, to keep old coal and nuclear plants in operation on grounds that closing them would present a national security emergency.

As the seasonal heat arrived in Virginia this year and these units coughed back into action, Yorktown turned out to be a poor exemplar for national policy. Running these old coal plants on standby in case the grid gets overloaded creates extra pollution, costs extra money, and introduces extra risk of failure.

To nobody’s surprise, heat waves like the one that has gripped much of the country in early July caused electric demand to spike. It reached 44,557 megawatts across PJM’s eastern power market on June 3, the highest since last August, according to Bloomberg News.

As the power plants at Yorktown dealt with the demand, they increased the region’s pollution burden, pumping out not only mercury and other unhealthy pollutants, but also adding steadily to the carbon dioxide layer that warms the planet—and causes more heat waves in the long run.

Reports filed every two weeks by the utility lay out in stark numbers the rise and fall of power generation and pollution in the first few weeks of the summer.

In late May, PJM asked for the first Yorktown unit to fire up, and then the second. Each spun up in turn for several hours, then churned along generating as much as 146 megawatts of power at full steam. The pollution, too, climbed along with power output. Each unit at full power put out more than 130 tons of carbon dioxide an hour, hundreds to thousands of pounds of sulfur dioxide an hour, various forms of smog and soot, and smaller but still harmful levels of lead and mercury, among other pollutants.

Whatever the pollution consequences, it has proven dicey to treat these plants as a reliable source of power. Both units operated all right in May. But in early June, one of them “suffered an unexpected failure of a critical component,” Dominion reported. It could no longer operate. The second generator was kept working, off and on.

Dominion Power, which reported to the government in mid-June that the first unit could not be brought back into service until “late summer, at the earliest,” now hopes to have it back in service by the end of this month, spokesman Dan Genest said.

Still, the combination of hot temperatures, strained transmission lines, and balky coal generators is a “cause for concern,” he said.

The Trump administration has been trying, at the request of politically connected coal and utility companies, to ram through emergency supports for coal-fired plants ever since it came into office.

It had been clear for a long time that market pressures and environmental controls had been pushing utilities to shut down the worst coal plants.

Dominion Power was no exception. It announced in 2012 that it would close Yorktown rather than invest in new pollution controls on mercury, a toxic pollutant that causes brain damage, developmental disorders and other ailments.

Built six decades ago, Yorktown 1 and 2 are older than average and have operated many years longer than expected, becoming less and less competitive in the face of cleaner, cheaper natural gas and renewables.

Only when demand spikes during extreme weather are they able to meet market prices, and the amount of their capacity actually dispatched to the grid shrank from 47 percent in 2007 to 10 percent in 2017, according to an outside market analysis presented to government regulators.

The analysis, by researchers at Synapse Energy Economics, pointed out that PJM’s plan to keep the plants limping along presented cost, reliability and pollution problems.

“In addition to the harmful emissions associated with operation of Yorktown 1 and 2, these units come with high costs and are poorly-suited to provide reliability benefits,” the report said.

Quoting testimony by a power company official, the analysts predicted that even when heat waves were known to be on the way, it would take a long time to bring the units up to speed, and that the ability to run the creaky plants on a stop-and-go basis would deteriorate over time.

The upshot: more pollution and less reliability—hardly a good model for a national policy to bail out coal.

The closure of coal-fired power plants is not unusual—new plant closures are announced every year as the coal industry slides down the chute of economic and technological decline—but Yorktown’s lessons are instructive.

Faced with two choices—shutting down deliveries to some customers on the hottest days, and powering up two rickety, dirty coal plants—PJM chose the latter. It sought, and in June 2017 the federal Energy Department granted, an emergency order allowing the plants to come back online from time to time as needed.

PJM has opposed, however, the Trump administration’s plan to declare a national security emergency on a broader scale to grant similar concessions to a larger number of coal plants, as well as some nuclear plants, to stave off what the administration contends is a looming emergency across PJM and other regional grids.

PJM said in June that “any federal intervention in the market to order customers to buy electricity from specific power plants would be damaging to the markets and therefore costly to consumers.”

“There is no need for any such drastic action,” it said. “The PJM electrical grid is more reliable than ever.”

Yorktown a Special Case, Not a Model

Despite the local problems, Yorktown appears to be a special case, and not an indication of an overarching need to meddle in the marketplace or favor coal over alternatives like natural gas, solar or wind.

For one thing, it was not any problem with fuel availability, or that solar and wind are variable sources of power, that made this corner of the grid vulnerable once the two coal units were scheduled to retire. The real problem was a permitting delay in a new transmission line that, after it is finished next year, will allow power to be imported into the area if the need arises.

Critics say the Yorktown situation could have been avoided with better planning.

“They knew that plant was going to need to shut down about five years in advance,” said Casey Roberts, a lawyer with the Sierra Club. The Sierra Club and the Southern Environmental Law Center have been critical of the emergency arrangement, calling it an easy way out. Instead, they said, PJM and Dominion should at least have examined alternatives, such as building solar plants, perhaps with batteries or other storage, or making arrangements to manage demand when power was in short supply.

Dominion, as it happens, is steadily bringing on new green energy. It struck a big deal to sell solar power to Amazon for a new data center. And it has announced plans to put some big coal units in mothballs.

In this, it is no different than other utilities around the country that are similarly turning to cleaner energy sources and shutting down coal power.

Will Virginia follow through on proposals to control carbon emissions at the state level? Will it join other northeastern states in the Regional Greenhouse Gas Initiative, which caps utility pollution? Will the Obama-era Clean Power Plan, a federal regulation still under litigation, survive? For every answer, there’s a different alternative path laid out in the company’s planning document.

One thing looks increasingly clear, even as this coal-belt power company labors to keep its time-worn boilers in service. “Regulation of power station carbon dioxide emissions is virtually assured in the future,” Dominion’s plan states bluntly. The trend is plainly toward cheaper and cleaner electric supplies. The trick is to change without losing reliability. 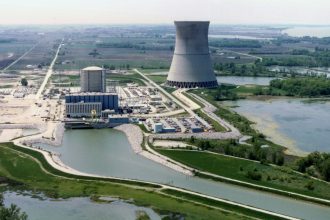 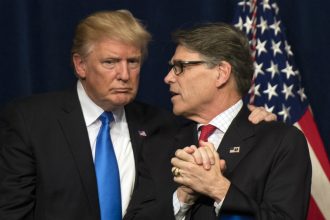 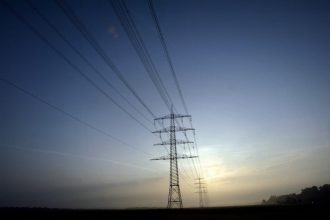