Less than a week after President Obama’s re-election, environmental groups are again pressuring him to reject the Keystone XL pipeline. This time, they have a new argument: that the heavy Canadian crude oil the line would carry isn’t necessary for energy security, because U.S. oil production is booming to record levels even as consumption drops.

“The environmental community has established the Keystone XL as a real priority,” said Daniel Kessler, a spokesman for the climate action group 350.org. “People want to stop it. They expect the president to stop it, and we’re going to stop it.”

350.org and other groups have already scheduled an anti-pipeline protest for November 18 in Washington, D.C. Emails announcing the demonstration were sent just minutes after Obama’s victory Tuesday night.

The Alberta-to-Nebraska oil sands pipeline needs a permit from the State Department to cross into the United States. Another section of the pipeline, which runs from Oklahoma to Texas, did not need State Department approval and is already under construction.

The green groups say the president has more reasons than ever to deny the Keystone XL permit, given the explosive growth in domestic oil production, widespread opposition to tar sands oil and the president’s apparent renewed focus on tackling climate change in the wake of Hurricane Sandy.

Keystone XL “is one of the few environmental issues that doesn’t have to go through Congress,” Kessler said. “It’s up to President Obama to stop it … we firmly support him if he does what’s right.”

Although the State Department is officially in charge of the Keystone XL review, some green groups think the pipeline has become so controversial that the White House will be more actively involved than it has been with previous pipeline projects.

The Keystone XL was originally proposed as a single project that would ship tar sands oil, or bitumen, from the Canadian province of Alberta to the Texas coast. Bitumen has a carbon footprint that’s 20 percent larger than conventional crude across the entire chain of production (well-to-wheel), according to experts. Groups like 350.org say the bitumen carried through the Keystone XL would release enough greenhouse gases to cancel out the emissions saved by the new auto efficiency standards recently announced by the administration.

Bitumen is also much more difficult to clean up when it spills into water. Crews are still struggling to remove bitumen from the bottom of Michigan’s Kalamazoo River, more than two years after a major pipeline spill. The Keystone XL would pass over hundreds of waterways as well as the Ogallala aquifer, which provides 30 percent of the groundwater used for irrigation nationwide.

The pipeline’s supporters have long argued that the pipeline would improve U.S. energy security by increasing oil imports from a friendly northern neighbor. But industry analysts recently told InsideClimate News that surging domestic production could yield a glut of crude oil in the Gulf Coast refining hub, the Keystone XL’s primary target market—and that the United States could someday become a net exporter of crude oil.

“What’s obvious now is that the United States is on track to become the world’s largest producer of oil,” industry expert Mark Mills said.

Another driving factor in the original project was the need to relieve a glut of oil in Cushing, Okla. by shipping it to refineries on the Gulf Coast. But now that the Cushing-to-Texas segment is under construction, “that issue has been addressed,” said Droitsch, the NRDC attorney. “So do you really need the northern segment? …We would argue the [State Department] should fully evaluate the need for this pipeline from the perspective of U.S. energy security. And our preliminary analysis [at NRDC] is, there’s really not a need.”

TransCanada, the Canadian company behind the Keystone XL, said the industry still sees a need for the pipeline.

“We have firm long-term commitments in place with companies interested and committed to shipping on the Keystone XL when it is built,” said TransCanada spokesman Grady Semmens. “So the fundamental underpinning for the project from an economic point of view is there and is viable.”

The Keystone XL would transport up to 830,000 barrels per day. Most of its capacity would be reserved for oil from Canada’s tar sands region, but it could also receive up to 100,000 barrels of U.S.-produced oil per day through an on-ramp in Montana.

Once the oil reaches Nebraska, it would be transported through existing pipelines, including the southern leg of Keystone XL, to refineries and ports on the Gulf Coast. Some of the oil would be exported overseas and the rest refined for domestic consumption.

Semmens said TransCanada has no control over where the oil ends up. “We certainly don’t tell the end users how to use the crude oil,” he said. “We just build pipelines if there’s a market and a need for them and companies willing to use them.”

The Keystone XL is crucial to Alberta because the province is landlocked and needs pipelines to move its crude to coastal ports to access global markets. Other pipelines have been proposed but they, too, face opposition. A pipeline to the Pacific, called Northern Gateway, could be held up indefinitely by Canadian indigenous groups. A pipeline headed to the Atlantic is still in the planning phase but is already opposed by communities along the route.

The State Department’s role in the project is to determine whether the Keystone XL is in the U.S. national interest.

The agency published a draft environmental impact statement for the original pipeline proposal in 2010, followed by a second draft in June 2011. The Environmental Protection Agency criticized both reports, saying the analyses were “inadequate” and “insufficient.” The EPA said the first draft failed to calculate the increased greenhouse gas emissions associated with tar sands extraction and use, and it said the second draft underestimated those emissions.

The Final Environmental Impact Statement was released in August 2011. But the EPA never weighed in on it, because a few months later the Obama administration denied the pipeline permit. TransCanada then split the Keystone XL into two parts and reapplied for the northern segment permit in May.

The State Department is now preparing a new environmental review, but it’s unclear when it will be released. The timing depends in part on when Nebraska officials approve a new route through the state that avoids the environmentally sensitive Sandhills region.

“We’re working very hard on it,” a State Department spokeswoman said. “We’re trying to be rigorous, transparent and efficient. So it’s coming, but we don’t have any timeline.”

She didn’t specify what the agency will consider in its review, but she said the process will “include a thorough analysis of the new route in Nebraska, and new and relevant information [or] research that has become available.” Once the review is complete, it will be released for public comment.

According to a statement the agency released last November, determining whether the pipeline is in the national interest means analyzing “all of the relevant issues” such as “environmental concerns (including climate change), energy security, economic impacts, and foreign policy.”

Droitsch said the NRDC will urge the State Department to reconsider previous arguments that pipeline is needed for energy security. She also wants the agency to examine TransCanada’s safety record—the company is now under investigation by Canada’s National Energy Board after a whistleblower reported repeated violations in pipeline safety.

The NRDC will monitor the State Department review closely and encourage the public to submit comments, Droitsch said. NRDC staff will also reach out to the administration and representatives in Congress to discuss their concerns.

“The American public expects a rigorous [environmental] review,” she said. “[People] are now more and more concerned about global warming…while climate may not have been a top election issue, it is absolutely on the minds of Americans, and they will expect action.” 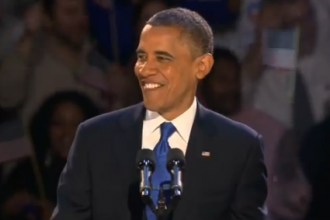 Has Political Taboo on Climate Change Been Erased? 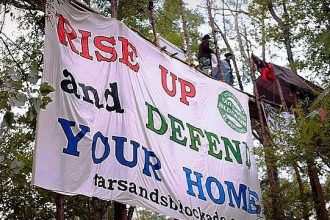 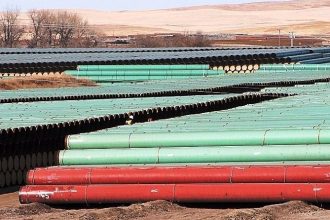