An international alliance of doctors, nurses and other health professionals concerned about the impacts of climate change is urging governments to reach a strong agreement at the ongoing United Nations’ climate negotiations in Paris.

The declarations, which include the first ever “call to action” on climate change by the World Health Organization, represent a shift in public opinion that brings concern over climate change further into the mainstream, campaign organizers said.

“Climate change, and all of its dire consequences for health, should be at centre-stage, right now, whenever talk turns to the future of human civilizations. After all, that’s what’s at stake,” said Margaret Chan, director-general of the World Health Organization.

The immediate health impacts from burning coal and other fossil fuels were seen earlier this week when officials in Beijing declared a highest-level “red alert” for air pollution in the city, the first since an emergency air-pollution response system was put in place in 2013. The alert called for school closures and limitations on when people can drive cars, in an effort to reduce dangerous air pollution levels. Each year more than 7 million premature deaths are attributed to air pollution, according to the World Health Organization.

“For a very long time, policy makers have been hearing the same message about climate change, about biodiversity, about polar bears, [and] about the environment from the same voices,” said Nick Watts, coordinator of the Global Climate and Health Alliance, which organized the declarations’ release.

“Increasingly we’ve started to hear in the last two years in the lead-up to Paris from non-traditional, usually very conservative but very powerful voices; from the business community, from the faith community, and from the health and medical community.”

The Health and medical community in particular could powerfully impact the fight against climate change, said Watts, who is also a research fellow at the University College London’s Institute for Global Health.

“They are often a little bit slow to engage but when they do they have the potential to move mountains,” Watts said. “Whether it’s tobacco and unseating vested interests there, whether it’s the polio vaccination and an increasing drive towards [better] sanitation, or turning back the tide in the spread of HIV, the health profession when it does engage is really quite a powerful actor and advocate.”

A report published along with the declarations calls for negotiators to address human health concerns in the agreement they hope to forge on climate change.

The report comes after a study published this summer in the British medical journal The Lancet, which found climate change poses a potentially “catastrophic risk to human health” and threatens to undermine “the last half century of gains in development and global health.” The risks posed by climate change include increased air pollution, food insecurity, the spread of disease, and human displacement, according to the study.

“From an impact side of things there really isn’t a part of public health that is untouched,” said Watts, the lead author of the study in The Lancet and a co-author of the current report.

Indirect effects on public heath can also occur when hospitals and other infrastructure are overwhelmed by extreme weather events, which are beginning to occur more frequently with climate change. One example is the heat wave that hit Western Europe in 2003, Watts said.

“The reason why mortality reached over 70,000 over just a few days, is mostly because the health system was unable to cope,” Watts said. “The transport networks, the ambulances, and the number of beds in the hospitals simply couldn’t respond in time.”

The report published Saturday––along with the declarations from health care organizations, institutions and professionals––called for the adoption of a “strong, universal and ambitious global climate agreement in which the protection and promotion of health is a central principle.”

Specifics include meeting a prior commitment from wealthy countries to transfer $100 billion per year, starting in 2020, to help developing countries mitigate and adapt to climate change. The report calls for such climate financing to include money explicitly targeted for strengthening health care systems in developing countries. The report also reiterates prior calls for a “loss and damage” mechanism in any climate agreement and recommends that it include health-related concerns.  Such a mechanism would facilitate an additional transfer of funds from wealthy countries to low-and-middle-income countries for damage from climate change. Additionally, the report calls for quickly phasing out the burning of coal for electricity generation.

“When you look through all the different interventions that are on the table, so many of them have quite substantial benefits to public health,” Watts said. “They are sensible things we should be doing anyway regardless of the impact they have on the environment.”

Jay Lemery, a professor of emergency medicine at the University of Colorado School of Medicine in Denver, and co-author of the book Global Climate Change and Human Health, said this week’s report does a good job of addressing the concerns of developing countries that will be most threatened by climate change.

“The most vulnerable people on the planet are going to be the ones most pummeled by this,” Lemery said. “It’s not like everyone is at an equal footing at the table.”

Watts said it’s still “up in the air” whether the group’s recommendations will be included in a final climate agreement that negotiators hope to work out by the end of this week. A number of the report’s recommendations, like explicit funding for health adaptation efforts in developing countries, aren’t included in the current draft.

Still, an agreement that addresses climate change is better than no agreement, Watts said.

The negotiations “are certainly not going as well as I think everyone would like, but they are beginning to form the foundation of a sensible framework that can be utilized and taken forward over the next 10 to 20 years,” he said. 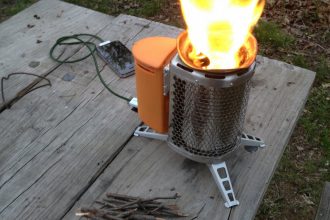 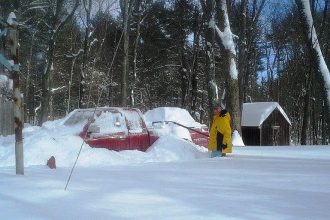