A bill intended to force the Obama administration to make a quick decision on the controversial Keystone XL pipeline is causing confusion and could even slow the pipeline review.

When President Obama signed legislation to extend the payroll tax cut on Dec. 23, he also enacted an amendment, introduced by GOP members of Congress, requiring him to approve or deny the pipeline project within 60 days, or by Feb. 21.

But Nebraska’s Department of Environmental Quality (DEQ), which is trying to reroute the pipeline around Nebraska’s sensitive Sandhills, said it will take at least six months to choose and approve the new route.

A spokeswoman from the State Department—the federal agency in charge of the Keystone XL review—declined to discuss how the administration will deal with the conflict between those two dates. But interviews with spokesmen for the DEQ and TransCanada, the company that wants to build the pipeline, indicate that the federal legislation could inadvertently slow the reroute process.

Before work on the reroute can fully proceed, the DEQ and TransCanada said they need a memorandum from the State Department outlining the agency’s involvement in the process.

The State Department spokeswoman said the agency is “currently analyzing the Keystone XL provisions in the … Temporary Payroll Tax Cut Continuation Act” and declined to comment on the memorandum’s progress.

“I can’t even confirm that there is a memo,” she said.

TransCanada spokesman Shawn Howard said the company conducted some aerial flyovers in early December, along with on-the-ground surveys on public roads. “[But] we’re not really in the full-blown field stage yet,” he said. “We have to have that memorandum of understanding … there’s just been too many surprises. We don’t want to look at potential routes if we don’t understand the process.”

DEQ spokesman Brian McManus said the State Department is working with the DEQ to draft the memorandum, but he does not know when it will be finalized.

If approved, the Keystone XL would transport up to 830,000 barrels of heavy crude oil per day from the tar sands of Alberta, Canada, to refineries on the U.S. Gulf Coast. The State Department was last expected to give a final decision on the pipeline by early 2012, but the Obama administration decided to delay its decision a year so it could reexamine the project’s environmental impacts and give Nebraska a chance to route the project out of the Sandhills. That’s when Republican members of the U.S. Congress decided to force the administration to act, by attaching an amendment to the payroll tax cut bill.

Much of the pipeline controversy has centered on Nebraska, where residents have spent years persuading lawmakers to move the pipeline route out of the Sandhills, a fragile ecosystem of grass-covered sand dunes dotted with wetlands and lakes. The pipeline would carry an unconventional form of crude oil called dilbit, and landowners fear a spill could contaminate their water and land. Because of their efforts, the Nebraska legislature voted in November to give the DEQ authority to work with the State Department to find alternative routes through the state.

McManus said his agency will proceed with the reroute regardless of what happens in Washington, D.C.

“We’re just carrying out the role that was described to us by the Nebraska legislature,” he said. “We’ll deal with the federal [implications] in late February, depending on what decisions are made.”

The DEQ has already released a map of the Sandhills region that will be off-limits to the new route. Howard said TransCanada will respect those boundaries. “We can work with it, and it does give [us] enough room to plan an eventual route.”

McManus said the next step is for TransCanada to conduct surveys and propose an alternative route or routes. Once that happens, the DEQ “will be involved with the review and making sure it conforms to environmental standards.”

But Howard said TransCanada won’t begin in-depth surveys until the memo is released. He predicted that the new route would impact more landowners than the original path through the Sandhills, because moving the pipeline further east will bring it into a more populated region.

“We will be having lots of meetings with landowners to answer questions, to work out terms on an easement agreement, and just address things as they come up,” he said.

The DEQ will use TransCanada’s data to develop a supplemental environmental impact statement (SEIS) for the new route, McManus said. The agency has hired Omaha-based HDR Engineering, Inc. to help with the technical analysis.

“We’ve been talking with HDR quite a bit already in planning … obviously their role is going to become much greater when we hit that junction of having public [hearings] and the actual review of the SEIS.”

The State Department was criticized for hiring Cardno Entrix—a consulting firm that described TransCanada as “a major client”—to conduct its environmental review of the Keystone XL. TransCanada paid the fees for that review process. To avoid any appearance of conflict of interest on the reroute, Nebraska lawmakers decided that the state will pay for HDR’s services.

Some Nebraskans have questioned the choice of HDR, a company that worked with TransCanada on two previous projects. One of the projects—a power plant—was canceled before it could be built, and neither one is related to pipelines.

Howard said TransCanada wasn’t involved in HDR’s selection. “We do not control them, we do not work for them.”

He said the company is fully qualified to conduct the environmental review. “HDR doesn’t just do environmental testing or geological studies, they don’t just do public consultation and stakeholder agreement. They do all of it. There are a limited number of companies that have that expertise.”

The DEQ hopes the rerouting will be completed by September 1, said McManus, the agency spokesman. “That’s a goal, not a deadline…[it’s] all subject to change depending on the circumstances.” 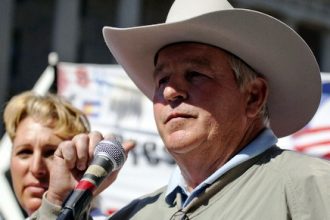 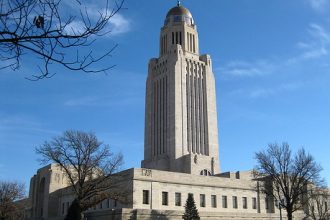