With opponents of U.S. climate action sowing doubt about science and climate scientists, federal agencies are putting the data online and explaining it in simple language to help the public understand.

NASA recently launched its latest site, “A Warming World,” with a series of videos, images and articles looking at the bigger picture of Earth’s warming trend. It’s part of NASA’s larger "Global Climate Change: NASA’s Eyes on the Earth" site, which opens with a glance at the planet’s vital signs, clearly highlighting the reason for global concern:

The NASA sites join NOAA’s new climate.gov, which is filled with more graphs and articles explaining subjects from ocean acidification to changing monsoon patterns in Asia to how climate as a long-term measure differs from day-to-day weather.

The articles link to more in-depth material and data for readers to research the numbers. Some also explain how the raw data has been skewed for political purposes, such as singling out the hot El Nino year of 1998 as a benchmark to say global temperatures have been cooling over the past decade, when in fact the long-term numbers show a warming trend.

As Sen. Barbara Boxer put it in a recent congressional hearing: These are actual measurements that can’t be argued away by people opposed to greenhouse gas regulations.

Most of the data and scientific explanations were already available, but the new sites make them easier to access with less technical writing styles and more videos and graphs.

NOAA’s new Climate Service, which Administrator Jane Lubchenco hopes to have in place by October, will be responsible for sharing the government’s vast stores of data with the public.

"One of the reasons we created the NOAA Climate Service is to provide the kind of information that people are increasingly seeking," Lubchenco explained on NPR.

“Climate change is under way. It’s happening now. It is resulting in many changes that will affect the way people live and do business.

"The fact that we are getting more and more requests for information about droughts, about future heatwaves, about air quality, forest fires, sea-level rise inundating coasts and other phenomenon, tells us that a lot of people, while not completely sure what’s going on, are asking for information."

US Plans for Greenhouse Gas Regulations in 2011, Hopes for CCS 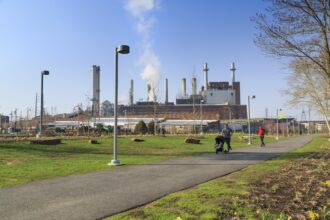