Why did the United States remain aloof last week from the climate change and energy policy declaration that was agreed to by the rest of the Group of 20 major economies? Because on almost every fundamental point involving turning the Paris climate agreement into action, the Trump administration is traveling in the opposite direction from the rest of the world.

Here are six examples of how U.S. policies lie askew of the course preferred by “the other G20 members,” as the 19 leaders called themselves in reaffirming that “the Paris Agreement is irreversible.” That left the U.S. alone in a recalcitrant footnote, where it “continues to reserve its position on this document and its contents.”

The need for increased ambition

Climate change is “already noticeably impacting global ecosystems, economies and societies. This puts at risk past and future progress,” the group statement declared. No one will escape, but “poor and vulnerable people will be disproportionately affected.”

They all recognized that nations need to come up with more ambitious strategies for lowering emissions by mid-century and beyond. Their declaration reaffirmed this heightened ambition.

They straightforwardly endorsed the key goal of the Paris Agreement: to avoid the biggest risks of climate change by keeping global temperature rise to less than 2 degrees Celsius above pre-industrial times while striving for no more than 1.5 degrees warming. And they agreed with the concept, which U.S. President Donald Trump rejects, that different circumstances mean each country should follow its own path toward that goal—what’s known as “common but differentiated responsibilities.”

Trump’s America-first approach refuses either to acknowledge the current target or to set forth a path toward higher ambition. Its path ahead is one of backsliding.

The economic benefits of climate action

The G20’s statement makes a point of declaring that sustainable development and addressing the climate crisis go hand in hand. Together, they offer “significant opportunities for modernizing our economies, enhancing competitiveness, stimulating employment and growth and ensuring socio-economic benefits of increased energy access.”

Strikingly, the leaders cited a new report by the Organization for Economic Cooperation and Development (OECD) entitled “Investing in Climate, Investing in Growth.” It found that if the world links development and climate targets into an integrated whole, worldwide GDP could be 5 percent higher in 2050 than it would be otherwise.

When OECD Secretary-General Angel Gurria presented the report, he said: “There is no economic excuse for not acting on climate change, and the urgency to act is high.”

In sharp contrast, the Trump administration’s rejection of the Paris Agreement—based on an America-first, fossil-fuel foundation—views the climate action plans ensconced in the treaty to be economically burdensome and, in particular, unfair to the U.S.

The declaration embraces a profound change that most of the world recognizes as inevitable.

“We envisage a transition to sustainable and low-greenhouse-gas-emission energy systems that is technically feasible and economically viable and will jointly tackle the challenges related to its implementation,” the 19 leaders said.

“The energy transition needs to span the power generation and the end-use sectors alike, including enhanced renewables deployment in the heating and cooling, transport, and industry sectors. This includes all renewable energy sources, such as bioenergy, including second generation and other advanced biofuels, solar, wind, hydro, geothermal and ocean.”

The Trump administration, in contrast, is focusing on developing its fossil fuel resources, and, despite occasionally paying lip service to renewables, is backing away from regulations of carbon emissions and research into the cleanest new energy sources.

The need for international finance

The G20 statements strongly commit to support by the developed world for climate mitigation and adaptation in poorer countries. This includes the Paris targets for mobilizing donors to provide at least $100 billion a year starting in 2020. “We recognize multilateral climate finance institutions such as the Green Climate Fund and the Global Environment Facility as important in supporting the global response to climate change,” the statement says.

There’s a strong emphasis on raising private investment as well as government assistance to the cause of climate action.

The Trump administration has said it will not provide any more money to these international efforts. Trump has scoffed at the Green Climate Fund (“Nice name,” he said sarcastically in the Rose Garden). He has exaggerated the amount of money that the U.S. was being asked to commit.

Environmental groups and global financial institutions alike have complained that talk on this score has come cheap, as one new report put it. Certainly it makes little sense to rob Peter with one hand by raising a price on carbon, as nations are increasingly doing, only to pay Paul with the other by subsidizing the very fuels that emit that same carbon.

According to the Energy Information Administration, U.S. subsidies to the coal, oil, and natural gas industries total $3.4 billion annually. The United States is scarcely alone in these subsidies, but it turns a blind eye toward them. Secretary of State Rex Tillerson, the former CEO of Exxon, said at his confirmation hearing, “I’m not aware of anything the fossil fuel industry gets that I would characterize as a subsidy.”

The vestigial role for fossil fuels

Where they balked was at adopting the logic of Paris that this means rapidly reaching zero net emissions of carbon dioxide from energy production and use. Zero is a big number for many of them to swallow.

Here, Trump’s exceptionalism moved the 19’s needle in his direction just a bit.

“We recognize that, depending on national circumstances, natural gas can play an important role in the energy transition, moving towards a low-greenhouse-gas-emission energy future, including for providing increased flexibility for the integration of variable renewable energy. A secure supply of natural gas depends on timely investments, diversification of sources, suppliers, and routes.” If Trump walked away with one victory, it was the 19’s nod in the direction of America’s ambition to grow its natural gas exports.

So, too, with carbon capture and sequestration, that dum-dum bullet with a silver jacket and a core of coal. Expensive as the technology is, only it can preserve a permanent role for fossil fuels in a zero-carbon world. “We encourage countries that opt to use carbon capture, use and storage (CCUS) to continue to undertake RD&D and to collaborate on large-scale demonstration projects,” the G20 statement said. 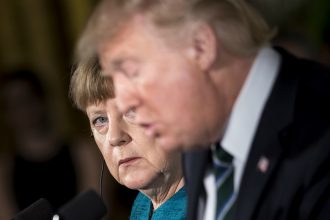 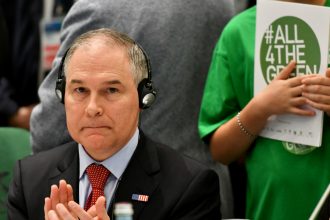 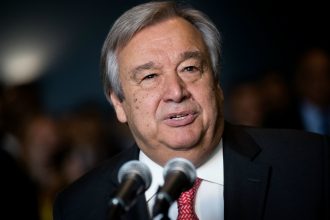