The financial effects of the Fukushima nuclear power crisis continued on Wednesday as Germany’s E.ON announced that plans by its government to shut the country’s reactors in response to the Japanese disaster would result in up to 11,000 job losses.

As fears mounted that the nuclear shutdown would significantly increase Germany’s industrial operating costs — weakening its competitiveness in an already fragile global economy — E.ON announced a swing into the red, a dividend cut, the redundancies and profits warnings for the next three years.

Germany’s biggest utility, which on Friday announced an average 15 percent price rise for its five million domestic UK gas and electricity customers, took a €1.9 billion ($2.7 billion) charge relating to plant closures and a new tax on spent nuclear fuel rods, pushing the group to its first quarterly loss in 10 years — a second-quarter deficit of €1.49 billion ($2.1 billion)

E.ON was reporting a day after German rival RWE reported its own swing into deficit, reporting that €900 million ($1.28 billion) of decommissioning and tax costs dragged it to a €229 million loss ($323.3 million).

This week’s utility results are adding to concerns about the cost of closing all 17 of Germany’s nuclear reactors by 2022 and making up the shortfall by doubling renewable energy output.

The German government finalized a package of bills in July that will phase out nuclear power plants which generated 23 percent of the country’s total energy use last year, while increasing renewable output from 17 percent of power consumption to 35 percent.

The move overturned Chancellor Angela Merkel’s decision in September last year to extend the life of existing nuclear plants into the 2030s. It will turn Germany from a net exporter of energy to a net importer, making its economy less independent.

Opponents have warned that decommissioning nuclear plants and investing in renewable technologies will cost billions of euros, prompting an increase in Germany’s already high energy prices. Furthermore, renewable energy generation can be intermittent, making it less reliable than fossil fuels and prompting fears of blackouts damaging to industry.

Christian Schulz, senior European economist at Berenberg Bank, said estimates suggested the nuclear shutdown would increase Germany’s energy bill by a fifth, which will hit the country especially hard since its economy relies heavily on its energy-intensive manufacturing industry to propel growth. Manufacturing accounts for a quarter of the German economy, compared with 15 percent of Britain’s.

“This is very significant for the German economy, particularly in energy intensive industries such as steel production, chemicals and carmaking. As a proportion of its overall economy, you could say that this move is 50 percent more important than it would be in Britain, because of Germany’s reliance on manufacturing,” Schulz said.

Bayer, the German pharmaceuticals and chemicals firm, warned at the weekend that the country’s electricity costs, already the highest in the EU, were making the country unattractive for the chemicals industry.

“It is important that we remain competitive. Otherwise a global company like Bayer will have to consider relocating its production to countries with lower energy costs,” said Marijn Dekkers, its chief executive.

His comments came shortly after Robert Hoffmann, head of communications company 1&1, complained that taxes to subsidize renewable energy sources were too high in Germany. Hoffman said he was looking at locations where “green electricity exists without the extra costs.”

German households pay twice as much for power than in France, where 80 percent of energy is generated by nuclear plants. Klaus Abberger, senior economist at the Ifo Institute for Economic Research at the University of Munich, said energy prices had already gone up since plans to end nuclear power generation and would stay at high for at least the next five years.

E.ON in effect issued three profits warnings as the company reduced its net profit forecast for this year by 30 percent to about €3.35 billion ($4.75 billion) and said it expected “results in 2012-2014 to be on a much lower level than 2010” as a result of the overhaul of the power generation industry. 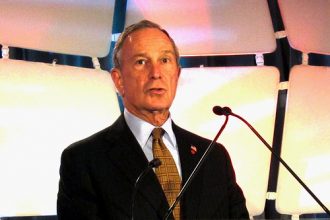 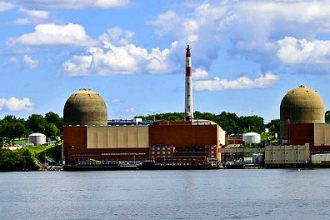 Time is Short for Solution to Indian Point 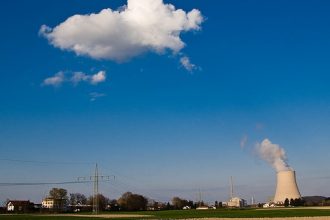 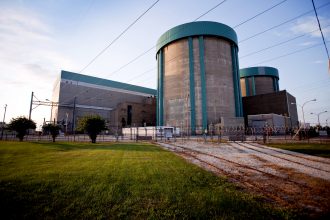