Californians’ overwhelming approval for a bond that authorized $7.5 billion for badly needed water projects was largely driven by the state’s current drought and by fears that unpredictable weather patterns fostered by global warming will continue to strain the water system.

California is in a severe, multiyear drought that continues to deplete its reservoirs and groundwater aquifers. Polls going into last week’s election showed that more than three-quarters of Californians believe drought and water shortages are among the state’s most pressing issues. Two-thirds of voters said yes to the bond last week.

The bond funds a strategic blueprint where funding priorities are tied to a comprehensive statewide water action plan that accounts for future drought and other variables associated with climate change, said Timothy Quinn, executive director of the statewide Association of California Water Agencies.

“At its core, Proposition 1 advances an all-of-the-above strategy that includes everything from local resources to water storage to safe drinking water,” he said. “Other states facing similar challenges may learn from that approach.”

Quinn said the uniqueness of Prop. 1 is that it doesn’t just throw money at the immediate problem. In addition to financing two new dams and water treatment and seawater desalination projects, it will pay for groundwater cleanup and management and watershed restoration. Also on the list are water recycling, conservation and storm water capture projects.

These kinds of projects are already woven into California’s public policy and will help move the state to a more sustainable water strategy, so it won’t be forced to build several complex and hugely expensive projects that would have transferred water from one region to another, said Doug Obegi, an attorney for the Natural Resources Defense Council water program.

It’s not so much the building of dams or the construction of reservoirs that should become a model, Obegi said, but the polices that address drought and climate change.

“Along with the physical aspects that will be funded, it’s the discussion of conservation and climate adaptation and funding of those programs that will address a more secure water future that are distinctive,” he said.

Michael Nelson, a professor of environmental ethics and philosophy at Oregon State University, said the conservation provisions in Prop. 1 should have been implemented years ago, before the water crisis became so severe.

Voters throughout the nation need to understand, he said, that dealing with climate change is a moral problem, not just a technological, economic, or survival problem.

“Without such a recognition, I think we’ll merely be responding to emergency after emergency with more technological fixes, never addressing the core issue, which is our bad relationship with nature,” said Nelson, who closely follows the national climate debate. “In fact, technologized fixes can make matters worse, in the sense that they can create greater harms down the road, but also in the sense that they can lull us into a false sense of security and therefore encourage us to not confront the real source of our problems.” 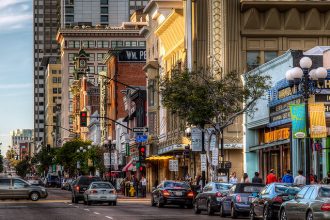