San Diego, known for having one of the most desirable climates in the United States, set a record over the summer that will never be broken: It had zero days that were cooler than normal. None. Four were exactly the climatological norm, and 90 were warmer than average.

For 13 days this year, including three days this month, Lindbergh Field, the city’s official weather station near the bay, has hit 90 degrees or hotter. The average number of 90-degree days in an entire year: 1.3.

Those stats are no surprise to Carolyn Ingham, who lives in the city’s North Park neighborhood, where few people have—or have ever needed—air conditioning.

“I feel like all I’ve been doing is overheating and sweating,” Ingham said. “It really has just been unbearable.”

For Ingham and her husband Scott and hundreds of other coastal San Diego County residents, trying to make the weather bearable proved costly. It also tested the region’s energy supplier and could be a harbinger of things to come as coastal areas get hit hard by climate change.

Alexander Gershunov, a research meteorologist at UC San Diego’s Scripps Institution of Oceanography in La Jolla, has studied heat waves in California and Nevada, going back to the 1970s.

He examined hot spells that were in the top 1 percentile of temperatures at many adjacent weather stations. He found that heat waves across California and Nevada are getting hotter and more humid, but they are getting particularly stronger all along the California shore.

The threshold for a heat wave is much lower near the beach because the residents there are not equipped to handle it, Gershunov said.

“At the coast, where most Californians live, we’re not physiologically or technologically acclimated to heat waves,” he said.

Ingham lives near the crest of a hill. She can look out her front window and see the ocean. Most of the time, an afternoon sea breeze kicks in, and any minor heat that has built up in her house dissipates. Not this year.

“The breezes have disappeared,” she said. “By 5 in the afternoon, it would be in the 80s inside the house.”

A summer of sweltering nights, at least by San Diego standards, added to the misery.

“The house just wouldn’t cool off at night,” she said, “and there would be no respite.”

Before the summer, the Inghams installed dual-pane windows and added attic insulation to their home. But near the end of summer, they took the “really big step” and put in air conditioning.

“It was expensive,” she said. “Because San Diego has such a mild climate, we didn’t have a heating system, so there were no ducts. We had to do everything: heating, ducts and AC. It cost $14,000.

“If we weren’t dying here, we wouldn’t have done it.”

The Inghams weren’t the only ones feeling the heat this year—and doing something about it. Doug Cooper, director of marketing and customer service for Carini Heating and Air Conditioning in San Diego, said the company’s business is up fivefold, and it has been trending up for years.

“We’re booked two, three, four weeks out for service calls and installations,” Cooper said. “People at the beaches who never thought they would ever need it [air conditioning] are really clamoring for it.

“I talked to a guy the other day who had just moved from Florida to Cardiff (a coastal suburb). He said, ‘Everyone told me it’s 70 degrees here year ’round. But he says he’s got no furnace or air conditioner, and he needs it.”

People who already have air conditioning are using it far more frequently. Running a whole-house air conditioner costs the average homeowner an extra $1.20 to $2 per hour, depending on the size and model. Many people are seeing huge spikes in their utility bills.

“We hear from people all the time who say they only needed to run the AC two weeks out of the year,” Cooper said. “Now they’re running it for several months.”

San Diego’s warm spell started long before summer. The city hit the 90s twice in late April, and every month since October 2013 has been warmer than normal.

All those new air conditioners and all the old ones running more often are pushing San Diego Gas & Electric, the utility that supplies energy to the region. On consecutive days in September, when San Diego topped 90 degrees and outlying areas went well over 100, SDG&E set records for peak load, or energy use. No areas lost power, but in previous times of high energy use, the California Independent System Operator, which controls the bulk of the state’s power grid, resorted to rolling blackouts to keep the system running.

If coastal weather patterns are shifting, it will have an obvious impact on energy providers. Steve Vanderburg, a meteorologist with SDG&E, said he and other meteorologists with the company and other utilities have been asked to study the impacts of climate change on the companies.

Since the 1970s, heat waves have been exerting a greater impact on the nighttime temperatures, said Gershunov, the Scripps meteorologist. Higher humidity is causing more warmth at night, and that, in turn, is lengthening the heat waves. Because the nights aren’t cooling off, the next day starts with a higher base temperature, which the heat builds on.

San Diegans experienced warm nights repeatedly this year. Since mid-May, the city has had 42 nights that never dipped below 70 degrees. The normal low in mid-May is 59; it reaches 67 at its high point in summer. In 2013, the city had eight nights of 70 or hotter.

“At the peak of the [last] heat wave, the lows were as high as the normal highs,” SDG&E’s Vanderburg said. “You can’t cool off when it only briefly drops down into the mid-70s just before dawn.”

Gershunov and other meteorologists say San Diego’s summer of sweat can be traced back, in part, to unusually warm waters off the county’s coast, which may be related to an emerging El Niño condition. Those warm waters make it harder for cooling marine-layer clouds to form. Coastal low clouds went AWOL much of the summer. And without those low clouds, the sun warms the ocean surface even more, and the air temperature nearby keeps climbing.

Climate models project heat waves to get much stronger at the coast, Gershunov said, and the same principle is at work.

“The world’s oceans are getting warmer because of global warming,” he said. “It’s a gradual process. When we get an El Niño on top of it, we’re more likely to get these type of summers.”

Ironically, what San Diego experienced this summer would not meet Gershunov’s classification of a “heat wave.” Although the warmth has been unrelenting and unbearable for many, especially at night, it wasn’t in the top 1 percentile of local temperatures.

“It’s hot, but we’re lucky we didn’t have a heat wave on top of it,” Gershunov said.

That’s no solace to Ingham, who moved from Northern California to San Diego 16 years ago because of the city’s reputation for mild climate. 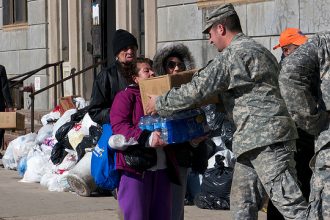