The video opens the way many TikToks do: an unsteady close-up of someone talking, with the contours of a bright living room visible behind her. “Extremely good news,” she says. “We are going to prevent between a half and a whole degree of warming.”

In the 55-second clip, which features emojis, sound effects, “Spongebob Squarepants” memes, and a lot of exclamation points, turquoise-haired Hazel Thayer explains the Kigali Amendment and the difference between chlorofluorocarbons and hydrochlorofluorocarbons.

If all you know about TikTok are dance challenges and lip-syncing to Lizzo, this content might seem surprising. But what’s more surprising are the comments on the video–and their optimistic tone. “are…are we gonna be okay?” one user wrote in response. “DO I NEED TO PLAN FOR RETIREMENT NOW?!”

Thayer is a host for Pique Action, a climate media startup that bills itself as “the opposite of doomscrolling.” In her videos for the company, Thayer talks about everything from sustainable investing to public transportation initiatives and uses titles like “Unf*cking the planet” and “Is the COP26 methane pledge bullsh*t?”

“We want to focus on human ingenuity and focus on the things that we can tangibly do,” said Kip Pastor, the founder and CEO. “We know that fear-based storytelling can be quite effective at capturing attention. We are trying to be the antidote to that.”

Part of a growing movement to reshape how journalists, scientists, activists, artists and politicians communicate to the public about climate change, Pique Action represents a shift away from fear and despair and toward action and solutions. Kris De Meyer, the director of the climate action unit at University College London and a neuroscientist, pointed to a “groundswell of stories” about “what we are doing to tackle the problem rather than just the problem in and of itself.”

De Meyer is one of the authors of a 2020 paper about the importance of “action-based” versus “issue-based” climate communication, which looked at the ways that communicators can “build people’s agency for climate action.” The paper challenges “conventional wisdom” that emphasizing the gravity of the situation will naturally motivate behavioral changes: “Raising concern and calling for urgent action in the abstract does little to help people figure out how to respond concretely.” There has been some progress made toward looking beyond the “issue-based” model in the last few years, De Meyer said, but “there’s a lot of work to be done.”

If you’ve spent any amount of time absorbing climate news, it’s likely that you’ve encountered scary headlines: As many as 98 percent of environmental news stories are negative. All of that bad news—and what it means for the future—can trigger feelings of helplessness, sadness and guilt, especially in young people.

A study in the Lancet found that 59 percent of participants aged 16-25 reported feeling “very or extremely worried” about climate change, and 75 percent believed that “the future is frightening.”

Pique Action is not attempting to persuade its largely Gen-Z and millennial audience that they shouldn’t worry about climate change. “We, as a company, know that there’s going to be lots of human suffering in the world because of climate change,” Pastor said. “But we also know that because of all of the fear-based information, it seems like it’s too overwhelming of a problem to do anything about.”

Pastor said that his own experience with climate anxiety had shown him that taking action can be a source of strength. “It provides me with the fuel that I need to continue to work,” he said.

Pique Action’s NextNow series is one example of the action-based storytelling that De Meyer said can be most effective for galvanizing people, stories that follow relatable characters working to overcome challenges.

“Our brains have been optimized for those kinds of stories,” De Meyer said. “There is a reason why all of these folktales have the structure of a hero’s journey.” In the Newlight film, “The Solution to Microplastics,” Mark Herrema, the company’s co-founder, says things like, “the problem of plastic is immense” and describes the 10-year process it took to develop AirCarbon. “We take microorganisms from nature, feed them greenhouse gases and air,” he says, explaining that the microorganisms then produce PHB, a natural polymer that can be extracted and made into a plastic-like, biodegradable material.

He acknowledges the obstacles he faced and provides a model for what taking action looks like. “We still have an opportunity to fix this. It’s going to be hard, but it’s not over,” Herrema says. Pastor said they had heard from some of their NextNow subjects that the series has helped with recruiting, raising capital and attracting customers.

Beyond stories about founders like Herrema who are working “directly in climate,” Pastor said that Pique Action hopes to inspire people to take action at home and at their jobs, whatever those jobs are.

This is an important facet of action-based communication, according to De Meyer: Does the story lend itself to social learning, the process in which we learn by observing and imitating others?

“Once they’ve listened to that story, you want at least some people to say, ‘Hey, if they can do it, then I can do it as well,’” De Meyer said. “We know that the whole of society needs to transition away from fossil fuels,” he said. “We all have a role to play in that, regardless of how big or how small our role in society is.”

Tackling climate change will require reimagining how we shop, travel, eat, study, invest and work; whether you are a teacher, lawyer, retiree or climate scientist, what you do matters. De Meyer brought up climate activist Greta Thunberg, who was inspired in part by gun control protests led by students who survived the Parkland shooting in Florida in 2018. “She applied it in her own context,” De Meyer said. In the story of the Parkland students, Thunberg recognized teenagers like herself who had found the courage to act despite their relative powerlessness in society.

De Meyer’s paper reminded me of World War II-era newspaper articles I’d read in archives years ago, stories that instructed women how to sew blackout curtains for their windows or explained to children that scrap metal they collected could be used to build battleships, guns, and tanks. “Those are action-based stories,” De Meyer said, a contrast to our present glut of threat-based stories about climate.

The scale of the effort needed to fight climate change has been compared to an all-out mobilization for global war, and the media created during World War II can offer insight into what motivates people living through a crisis.

One of the most popular films of the war years was a sentimental drama called “Mrs. Miniver,” which won the Oscar for Best Picture in 1943. Franklin Roosevelt “urged MGM to get it out to cinemas all over America,” and Winston Churchill once said it was “worth either five battleships or 50 destroyers.”

“Mrs. Miniver” tells the story of an ordinary British family whose comfortable lives are upended by the war. Tellingly, the plot is not centered on Mr. Miniver, who pilots one of the “little ships of Dunkirk” or on Vin Miniver, the son who joins the Royal Air Force.

Instead, it’s about Kay Miniver, a housewife who is shown, before the war, dithering over whether to buy an expensive hat. Before the film’s conclusion, Mrs. Miniver’s house is partly destroyed by bombs, she has been threatened at gunpoint by a German pilot, and her daughter-in-law dies in her arms. She remains steadfast and helpful throughout, and after the movie’s successful release, Mrs. Miniver was held up as a model for patriotic women to emulate.

In the final scene, the characters gather in the wreckage of the village church to listen to the vicar’s sermon. He acknowledges their grief but goes on to frame civilian sacrifice as essential to the war effort.

“This is not only a war of soldiers in uniform. It is a war of the people, of all the people,” he says to the solemn congregation, urging them to take ownership of the parts they have to play in a story that is much larger than any individual, just as climate advocates hope to do today.

“It must be fought not only on the battlefield but in the cities and in the villages, in the factories and on the farms, in the home, and in the heart of every man, woman, and child who loves freedom,” he says.

Building to a crescendo, he declares:“This is the people’s war! It is our war!​ We are the fighters! Fight it, then! Fight it with all that is in us!” By the end of the speech, the villagers are sitting straighter in the pews, no longer stricken or cowed but something else entirely: determined. 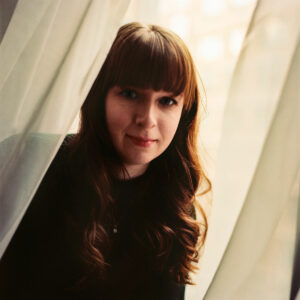 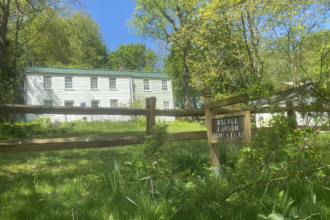 In ‘Silent Spring,’ Rachel Carson Described a Fictional, Bucolic Hamlet, Much Like Her Hometown. Now, There’s a Plastics Plant Under Construction 30 Miles Away