The widely discredited theory that natural solar cycles are driving global warming has been part of the national conversation surrounding climate change for years, and continues to stoke confusion in the public mind. Climate contrarian Wei-Hock (Willie) Soon has been one of the most influential promoters of that idea.

Soon has come under scrutiny in recent weeks for accepting donations from fossil fuel companies in exchange for publishing his solar hypothesis, and then not disclosing the funding in conflict-of-interest statements.

Soon’s theory has been debunked by several scientific committees, including the United Nations’ Intergovernmental Panel on Climate Change and the National Academy of Sciences. Satellites have measured no increase in solar output in the past half century, meaning it “isn’t even remotely credible to argue that solar output can be responsible for the anomalous warming of recent decades,” said Michael Mann, a climate scientist as Pennsylvania State University.

Scientists have also found that only the troposphere, the layer of the atmosphere closest to the Earth’s surface, is warming, while the stratosphere, the layer that sits above it, is cooling. This is what scientists would expect to see if human-caused greenhouse gases were causing the planet to heat up.

“If the sun were to blame, all the layers of the atmosphere would be warming,” from the outermost exosphere to the innermost troposphere, said Qiang Fu, an atmospheric scientist at the University of Washington. The stratosphere definitely would not be cooling, he said.

In addition, the poles are warming more and faster than the equatorial region, and average global temperatures are rising quicker in winter than in summer—two events that further disprove the solar theory of climate change.

Nonetheless, the solar-warming argument has been repeated by lawmakers, the conservative media, industry groups, political pundits, Internet commentators, and educators, among others, to contend that humans are blameless and powerless on climate change.

Soon’s notion is one of two theories that seem to dominate thinking of the 53 percent of Americans who doubt that climate change is happening or is human-caused. The other one is that the climate has changed several times over Earth’s history without human interference.

Here are examples of how climate denialists have latched onto the sun theory advanced by Soon and a small group of contrarian scientists to create the impression that researchers are divided about the cause of climate change. 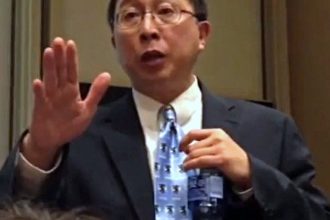 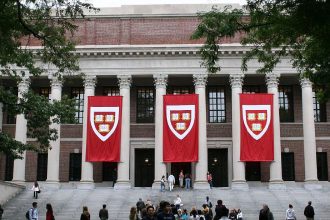