Acts of sabotage in September against the Nord Stream 1 and Nord Stream 2 pipelines that run from Russia to Germany beneath the Baltic Sea released more than twice as much methane as the 2015-2016 Aliso Canyon gas storage leak in California, yet will have little impact on the climate, according to a study released Friday.

Following the Aliso Canyon leak, the largest in U.S. history, climate scientists wrote in a study published in Science that the release would “substantially affect the State of California greenhouse gas (GHG) emission targets for the year” and was “equivalent to the annual energy sector [methane] emissions from medium-sized European Union nations.”

Researchers with the Chinese Academy of Sciences’ Institute of Atmospheric Physics came to a starkly different conclusion, focusing not on the actual amount of methane released from the pipelines but on how much warming that quantity would produce over a 20-year period.

Methane emissions related to the recent explosions would result in an increase in the average global surface air temperature of just 0.000018 degrees Celsius over a 20-year period, the researchers concluded in a study published Friday in the journal Advances in Atmospheric Sciences.

“Such a tiny warming cannot be perceived in ecosystems or human society, so there is no need to worry about the climatic impact of this leaked methane,” Xiaolong Chen, the study’s lead author, said in a press release shared with journalists prior to publication.

“I realize that saying ‘so there is no need to worry about the climatic impact of this leaked methane’ might give people [the] impression that we don’t care, but on the contrary, we are very concerned about its environmental and climatic impact and that actually motivated the study,” the spokesperson wrote in an email to Inside Climate News. “But the way we phrased it indeed sounds controversial. I’ve asked EurekAlert! to revise this sentence.”

EurekAlert!, a website administered by the American Association for the Advancement of Science, which posts press releases of studies published in academic journals, subsequently deleted “so there is no need to worry about the climatic impact of this leaked methane” from Chen’s quote.

When asked about the change, Noreen Rozario, the editorial coordinator for EurekAlert!, noted that “press officers from different organizations write and submit press releases to our website” and would be responsible for any change.

Climate advocates said the characterization of the emissions in the current study downplayed their significance.

“It is unacceptable to defend any preventable climate damage, and doubly so with methane emissions which as the authors acknowledge, need to be controlled as it is a potent gas causing massive climate impact,” said Avipsa Mahapatra, the climate campaign lead for the Environmental Investigation Agency, an environmental advocacy organization based in Washington, D.C.

Methane is 81 times more effective at warming the planet than carbon dioxide over a 20-year period.

Gabrielle Dreyfus, chief scientist for the Institute for Governance and Sustainable Development, said in a written statement that emissions from the Nord Stream explosions were “roughly equivalent to the amount of gas leaked from the [global] oil and gas sectors EVERY DAY.”

Dreyfus said that what was most astounding about the Nord Stream emissions, wasn’t the amount they increased global warming. Rather it was the visualization they provided for the volume of the otherwise invisible gas that is emitted from the oil and gas sector on a daily basis.

As methane leaked from the Nord Stream pipelines on the floor of the Baltic Sea and bubbled to the surface, it created “a half-mile wide seething ocean maelstrom,” Dreyfus said.

The study authors were not entirely dismissive of the climate impact of the Nord Stream emissions.

“Anthropogenic methane has been the second largest driver of global warming, and is emitted from multiple sectors of agriculture and industry,” Chen said in a written statement. “If we are going to achieve the warming target of below [1.5 degrees Celsius or 2 degrees Celsius] set out in the Paris Agreement, damage to infrastructure such as this should be avoided so that we can better control and reduce methane emissions.”

While the study concluded that the Nord Stream emissions caused “negligible warming,” it did characterize the release of methane as “massive.”

When asked if there would be cause for concern from a climate perspective if cases of pipeline sabotage began to occur more frequently, Chen said that “the potential impact of pipeline sabotage on climate mitigation is already of concern to [the] climate research community.”

“This is what motivated our study in the first place and we’ll continue to watch out,” he said.

The United Nations will be watching as well. The U.N. announced on Friday a new satellite-based system to identify major methane emission events. The initiative, known as the Methane Alert and Response System, will quickly notify relevant governments and companies of major emission events and will track mitigation progress.

Quickly reducing emissions of methane and other “short-lived climate pollutants,” potent greenhouse gases that, unlike carbon dioxide, remain in the atmosphere for a limited number of years, are increasingly seen as the only way to curb climate change in the near term.

Approximately 130 countries have signed on to the Global Methane Pledge, a voluntary effort launched by the U.S. and European Union last year to reduce at least 30 percent of human-caused methane emissions by 2030.

China, far and away the largest emitter of methane, according to the International Energy Agency, has not signed the agreement, nor have other leading emitters, India and Russia.

Xie made the announcement at COP27, the U.N.’s climate conference in Egypt.

“China is willing to strengthen communications and exchanges with other countries for cooperation in policymaking, innovation, and technology application of methane emission control, and make joint contributions to tackling global climate change,” Xie said, according to Ecns. 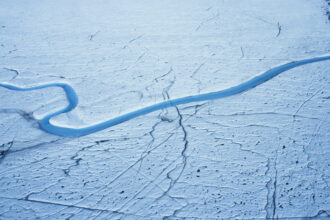