A far-reaching report being drafted by the United Nations’ authoritative climate science panel explores in comprehensive detail the environmental justice, poverty and other human rights challenges facing the world as it pursues the urgent and daunting goals of the Paris Agreement.

“In a 1.5 degree Celsius warmer world”—a world we’re likely to see by mid-century without a global transformation in the next decade, the latest version of the draft report says—“those most at risk will be individuals and communities experiencing multidimensional poverty, persistent vulnerabilities and various forms of deprivation and disadvantage.”

To help protect them, it calls for policies “guided by concerns for equity and fairness and enhanced support for eradicating poverty and reducing inequalities.”

In scope, scale and detail—but also in its careful attention to questions of ethics and justice—this report from the Intergovernmental Panel on Climate Change is a landmark work in progress.

When negotiators during the Paris climate talks called for deep and rapid cuts in greenhouse gas emissions to keep global warming within as little as 1.5 degrees Celsius of pre-industrial era levels, everybody realized that the target was extraordinarily ambitious.

Nations had not pledged strict enough controls to achieve even a 2 degree limit. And there was little scientific research into the implications of a 1.5 degree increase, as opposed to a 2 degree increase, to guide policymakers’ decisions about how to cut even more.

But with one eye on the most recent evidence and the other on the clock, they pressed for more ambition on the grounds that it was vital for the poorest and most vulnerable people. The report is intended to synthesize the latest findings to steer that process.

After two years of intense research and consultations, scientists have compiled extensive new evidence that those instincts were correct—and that, if anything, the crisis may be more acute than previously realized.

The emerging report is more than 800 pages long, heavily footnoted and packed with graphics and sidebars. It lays out as never before “an assessment of current knowledge of the extent and interlinkages of the global environmental, economic, financial, social and technical conditions that a 1.5 degree Celsius warmer world represents.” It takes on “complex ethics questions” that demand “interdisciplinary research and reflection.”

How, it asks, will a 1.5 degree warmer world impact the human rights of the dispossessed, “including their rights to water, shelter, food, health and life? How will it affect the rights of the urban and rural poor, indigenous communities, women, children, the elderly and people with disabilities?”

The draft report gauges how the half-degree gap from 1.5 to 2 degrees of warming “amounts to a greater likelihood of drought, flooding, resource depletion, conflict and forced migration.”

It notes that even if all the nations achieve their Paris pledges, the result will be worldwide emissions in 2030 that already lock in 1.5 degrees of warming by the end of this century. The temperature barrier would likely be broken by mid-century, as Reuters noted in first reporting on the draft study. Even the 2 degree target eventually would fall unless emissions are brought to zero, the IPCC and other agencies have repeatedly warned.

A Dire Outlook for the Poor

Either way, the outlook is dire, especially for the poor.

“These risks are greatest for people facing multiple forms of poverty, inequality and marginalization; people in coastal communities and those dependent on agriculture; poor urban residents; and communities displaced from their homes.”

Suitable pathways forward, the report said, must square the circle of energy use and sustainable development—not an easy task, but one that would pay off with a cleaner environment, better health, prospering ecosystems and other benefits. There would be risks for poverty, hunger and access to energy; those must be “alleviated by redistributive measures.”

How to Move Forward?

Experts were invited last week to download the document from the website of the U.S. Global Change Research Program, which will gather comments and then offer feedback to the IPCC. While the document is marked as a draft not to be circulated or cited, an expert sent a copy to InsideClimate News in order that it be given wider exposure.

The text and conclusions can be expected to change between now and October, the deadline for a final draft.

The focus on justice and fairness is enlisted to press for substantial transformations of the energy landscape as emissions from fossil fuels are eliminated and changes in land management, among other steps, are pressed hard.

On the one hand, these remedies “are put at risk by high population growth, low economic development, and limited efforts to reduce energy demand,” the report says. On the other hand, the solutions cannot be allowed to burden the poor.

There are many possible pathways, but no guarantee that any of them will stop global warming.

Achieving the 1.5 degree target, scientists have concluded, “requires that net global CO2 emissions fall to zero by the middle of the century. Scenarios that achieve this would see coal phased out, renewable energy become the dominant source of electricity by 2050, and rapid cuts made to non-CO2 drivers of warming, including the powerful short-lived climate pollutants methane, black carbon and hydrofluorocarbons. Different pathways—including those that see warming temporarily overshoot 1.5 degrees Celsius and return later in the century—will have different implications for climate impacts, sustainable development and equity.”

Early Signs of the Changes Ahead

There are many alarming signposts along the way. The vanishing of coral reefs is one—not quite as cataclysmic in a 1.5 degree world, but enough to “decrease resources and increase poverty levels across the world’s tropical coastlines in the short term, highlighting the key issues of equity for the millions of people that depend on these valuable ecosystems.”

On the coast of Guyana, Suriname and French Guiana, one recent study found, 1.5 degrees warming rather than 2 degrees of warming would mean 40 percent fewer incidents of annual coral bleaching events until 2050. That would make a big difference for subsistence fishing, tourism, and coastal flood protection.

In another example, at the 2 degree target, 781 million people would be exposed to one severe heat and drought event per year, while at the 1.5 degree target, the number would be 455 million—mostly in tropical and subtropical regions.

There is some hope, the report says, of finding pathways that limit warming while sustaining development.

But it questions whether the world has the political, institutional or moral spine to carry this off.

“Flexible governance will be needed to ensure they are inclusive, fair and successful,” the report warns. “Equity, like equality, aims to promote justness and fairness for all. This is not necessarily the same as treating everyone equally, since not everyone comes from the same starting point.” 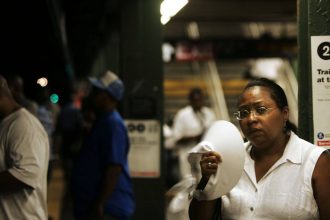 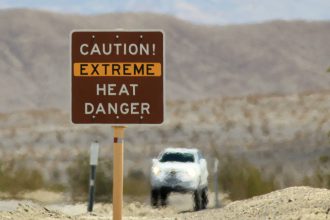