A major U.S. utility is betting on a technology 15 years in development that allows electric cars to pump electricity back into the grid when power demand spikes. The move could help turn the “vehicle-to-grid” vision, called V2G, into a solution to a festering problem—how to keep the grid stable as the share of intermittent renewable energy sources rises.

Princeton, N.J.-based NRG Energy, one of the largest power operators in the country, formed a new company last month with the University of Delaware to test out V2G’s promise to relieve grid instability while making a profit for E.V. owners.

In its earliest stages, the company, called eV2g, will target commercial fleets, said NRG spokesperson Lori Neuman. Fleets will provide a better test than individual car owners, since they have many electric vehicles and a bigger potential power supply.

Participants will plug their cars into charging stations that are linked to a grid operator’s servers through a wireless system that monitors the batteries, in order to use them to balance electricity in the system. The project will use technologies patented by the University of Delaware and pioneered by Willett Kempton, a professor in the College of Earth, Ocean and Environment and director of the Center for Carbon-Free Power Integration.

Kempton told InsideClimate News the vehicle-to-grid concept first dawned on him in 1996 at an electric vehicle conference in Washington, D.C. He had already been looking at ways to provide electrical storage to the grid that could buffer the fluctuations of wind and solar energy.

“It occurred to me that, ‘Whoa, here is a very large electric storage device that is just going to be sitting in the garage,'” he said of the electric vehicle battery. “It is available most of the time because people are not driving most of the time.”

Fast forward to the present day, and the professor is now leading a two-year-old demonstration of seven grid-connected electric vehicles. Each day the cars plug into charging spots that share information about the batteries to the PJM Interconnection, a regional body that controls and monitors the electric transmission grid in 13 states and the District of Columbia.

When PJM power supplies fall too low, the grid operator instantly pulls stored power off the car batteries. When supplies surge above electricity demand, PJM can recharge the batteries with excess power.

Fleet vehicles participating in NRG’s eV2g initiative will receive and return power in the same way that Kempton’s pilot cars do, but at a scale of hundreds or potentially thousands of electric vehicles. Grid operators like PJM would pay eV2g for the electricity consumed during hours of peak demand, and eV2g would in turn pay E.V. owners for the service.

Initially, eV2g will work in the Northeast with the PJM and will later expand into other areas, Neuman said, though she didn’t list any specific states or regions.

Consumers will also eventually be asked to participate, particularly as the slow but steady adoption of the Nissan Leaf and Chevrolet Volt creates a potential new power supply. But it will take “at least a couple of years” to take the project out of the R&D phase and into commercial markets, said Neuman.

When that happens, Kempton said that drivers of E.Vs. with “high-power” batteries—such as AC Propulsion’s eBox and BMW’s Mini E—could earn up to $1,500 per year if their cars stay plugged when not in use. These cars can withstand the wear of charging and discharging power better than the Leaf and Volt, which don’t fall into the high-power category and thus would get different pricing, Kempton said.

The eV2g program will encourage participants to recharge their car batteries at night when electricity demand is lower. Car owners can set their charging stations to maintain a certain level of battery life at all times, so the grid operator doesn’t use too much juice and leave drivers stranded.

The eV2g initiative joins NRG’s existing efforts to spur widespread electric car adoption. Through its eVgo network in Houston and Dallas-Forth Worth, the utility is working with government officials, businesses and residents to install home and public charging stations and offer fixed monthly charging plans at a rate that rivals the cost of a gasoline fill-up.

“E.V.-to-grid technology is the next logical step in the electrification of our transportation network,” Denise Wilson, president of NRG’s Alternative Energy Services, said via release.

Stuck in the Pilot Stage

NRG Energy is not the first big utility to test out vehicle-to-grid models, though eV2g will mark the largest private investment by a power company to date, said Kempton, who would not disclose any financial details. He added that NRG is the first company in the United States to license the University of Delaware’s technologies.

Other utilities, including Pacific Gas & Electric in San Francisco and Xcel Energy in Minneapolis, launched smaller V2G demonstrations several years ago, but they never moved out of the pilot stage.

In PG&E’s case the project fizzled out completely after automakers expressed concern that supplying power to the grid—not just drawing it in—would prematurely wear out car batteries and force their early replacement, a company spokesperson told InsideClimate News. The battery used in most E.V. models costs $16,500—nearly half the cost of the vehicle and up to eight times more expensive than the lead acid batteries used in gas cars, say estimates.

The PG&E project also faced policy hurdles. Federal regulations do not allow individual drivers to sell battery power on the wholesale market, a limitation that still needs to be adjusted if eV2g is to expand to consumers.

While U.S.-based demonstrations move forward in fits and starts, several international projects are also progressing, including another venture led by the University of Delaware. Kempton co-founded and serves as chief technology officer for Nuvve, a Danish technology company that is deploying the university’s patented V2G technology in a pilot of about 30 cars that can sell power back to the grid.

In Japan, Nissan introduced a new system for its Leaf this summer that would enable owners to connect their cars to a charging outlet and provide electricity to their homes.

U.S. utilities and researchers have yet to model a commercial-scale project using hundreds or thousands of E.V.’s on the ground—precisely what the eV2g venture aims to do.

David Weir, director of the University of Delaware’s Office of Economic Innovation and Partnerships, said that a main driver for launching eV2g now, after years of technology development, is the increase in renewable energy sources. The question of how to store renewables is a growing concern for grid operators looking to stave off blackouts and reduce instability caused by surges and sharp drops in clean power supplies.

The rise-and-fall nature of wind and solar “has added to the value of being able to access electric storage devices” to help balance the grid, Weir said. “Every invention has its time, and it looks as if … the time for considering electric vehicles as part of the grid has probably arrived.”

He added that NRG’s endorsement of V2G technology could be critical to widespread adoption of the technology.

“You have a large commercial enterprise with credibility in the industry saying that this could be a very important development,” he said. “That adds a tremendous amount of credibility to the whole initiative.”

Some industry experts, however, remain skeptical of V2G’s bankability just yet.

“It is not what I would call a compelling value proposition that would lead the kind of large-scale private investment that [is needed] to really take off,” said John DeCicco, a senior lecturer at the University of Michigan. DeCicco was previously senior fellow of automotive strategies for the Environmental Defense Fund, as well as the transportation director for the nonprofit American Council for an Energy-Efficient Economy in Washington, D.C.

One reason is that E.V.’s will remain too niche of a market to be worth it, DeCicco said. He estimated that the adoption of electric vehicles by consumers is likely to remain low due to their high costs, especially as increasingly fuel-efficient and cheaper gas-powered cars come to market.

The relatively small number of drivers who do end up buying E.V.’s won’t be large enough provide the scale of battery storage needed to make V2G technology worth the investment for automakers or power companies, he continued. “Trying to advance vehicle-to-grid technology at any large commercial scale is putting the cart before the horse.” 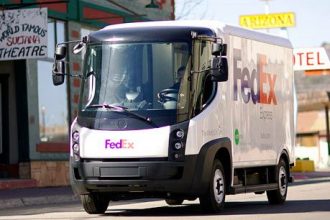 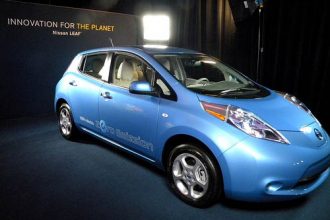 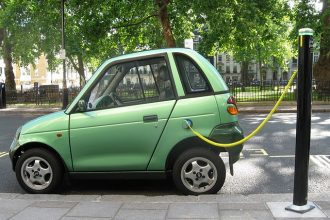