Federal authorities have stepped back from a proposal to address high levels of air pollution from the oil fields of West Texas and New Mexico.

Last summer, the U.S. Environmental Protection Agency announced it was considering designating the Permian Basin—the nation’s top-producing oil patch and one of the largest single sources of carbon emissions on Earth—in violation of ozone standards, which would have required substantial reforms in local oil and gas operations.

But the proposal was moved to a backburner in the agency’s annual agenda issued last week, reclassified from “active” to “pending,” first reported by Bloomberg News.

In a statement, the EPA said it had moved the item in order “to focus on non-discretionary actions.”

It marks a win for the oil sector, which pushed hard against the EPA proposal, saying it would decrease production and cost jobs.

“While it is encouraging news that the Biden Administration has backed down on this disastrous plan, Texas remains ready to fight any job-killing attacks on our critical oil and gas industry,” said Texas Gov. Greg Abbott in a statement following the EPA move.

Permian ozone standards are the latest setback for the Biden administration’s ambitious climate agenda. Despite promising steep, rapid cuts in carbon emissions, Biden has overseen a buildout of oil and gas export capacity, a surge in U.S. shale production and increased drilling on federal lands.

While the administration has proposed much-needed regulations, major concessions to the fossil fuel sector “contradict their commitment to stave off climate change,” said Robin Schneider, director of the Texas Campaign for the Environment.

Ozone, also known as smog, forms in the atmosphere when hydrocarbon gases mix with vehicle engine emissions under sunlight. It usually accumulates in big cities with crowded highways. In recent years, ozone levels have risen in the mostly rural Permian Basin.

Exposure to elevated ozone levels is the most dangerous for sensitive groups including the elderly, children and people who work outdoors. Ozone aggravates lung diseases such as asthma and emphysema.

Hydrocarbon emissions, including from oil and gas wells, are one part of the ozone equation. The other part, nitrogen oxides, or NOx, come primarily from diesel engine exhaust.

NOx are the limiting factor in Permian ozone levels, said Gunnar Schade, an associate professor of atmospheric sciences at Texas A&M University, because they remain relatively scarce, produced mostly from the fleets of trucks and compressor engines used in hydraulic fracturing.

“Most of the NOx in the air come from the industry at this point, and they have been increasing. The satellite data shows a clear trend,” Schade said.

The EPA’s most recent assessment, in 2017, found the region was within acceptable ozone limits. But a lot has changed since then: daily Permian oil and gas production has nearly tripled, and more activity means more emissions.

Most available ozone data comes from a few air monitors in New Mexico, said David Baake, an environmental lawyer in Las Cruces, New Mexico; in Texas, where most of the Permian lies, the EPA does not have continuous air quality monitoring.

“It makes it complicated that we don’t have more monitors in the area,” he said.

Figures from the New Mexico Environmental Department show ozone levels around the town of Carlsbad surpassed federal safety limits between 2017 and 2019. According to National Parks Service data, both the nearby Carlsbad Caverns and Guadalupe Mountains National Parks have “poor” air quality from ozone.

“We are very disappointed,” said Kayley Shoup, 30, a Carlsbad resident and member of the local organization Citizens Caring for the Future. “Clearly our air quality is already exceeding Clean Air Act standards. The data is there; we should be a nonattainment zone.”

If the Permian Basin were designated as such, state regulators in Texas and New Mexico would be required to produce plans for ozone reduction.

When EPA floated that idea last year, the Texas Oil and Gas Association called it an “attempt to undermine domestic production” that would kill jobs and threaten American security.

Reducing Permian hydrocarbon emissions, one of the ingredients for ozone, would take an overhaul of the oil production process, said Sharon Wilson, an optical gas thermographer with Earthworks who monitors Texas fracking operations.

“Emissions come from all the pieces of equipment,” Wilson said. “They cannot operate without releasing methane.”

While methane, a potent greenhouse gas, forms the bulk of petroleum gas, other hydrocarbons that accompany it play a larger role in ozone formation.

Wilson said pressure release valves commonly vent petroleum gas to prevent equipment ruptures while flare flames go out and leave gas spewing into the air. It’s invisible to the human eye, but she sees it through a thermal imaging device.

“Sometimes the hatches on top of the tanks are left open and any gas in the tanks comes blasting out,” Wilson said. “The whole sky is engulfed by this cloud of hydrocarbons.”

In Carlsbad, Shoup saw the EPA’s decision as part of environmental regulators’ general reluctance to engage with Permian oil and gas. The plan, she said, was “to be pumping oil until the wheels fall off.”

“People’s health is being harmed as we speak,” Shoup said. “But the federal government is saying let’s just put this off.” 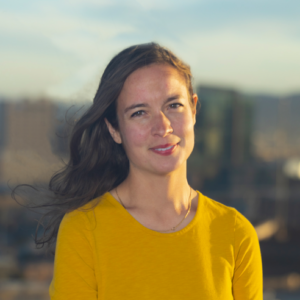 Martha Pskowski covers climate change and the environment in Texas from her base in El Paso. She was previously an environmental reporter at the El Paso Times. She began her career as a freelance journalist in Mexico, reporting for outlets including The Guardian and Yale E360. Martha has a B.A. in Environmental Studies from Hampshire College and a master’s degree in Journalism and Latin American Studies from New York University. She is a former Fulbright research fellow in Mexico.

Texas Project Will Use Wind to Make Fuel Out of Water 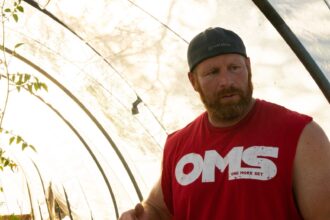 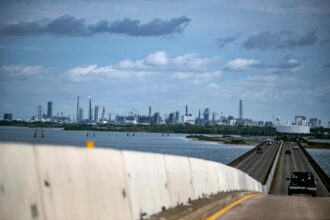