Worsening climate change will increase the risk of future violent conflict within countries, a group of top researchers representing an array of viewpoints said Wednesday in the scientific journal Nature.

The study, “Climate as a risk factor for armed conflict,” tries to address some longstanding disagreements among climate scientists, political scientists, historians and other experts about what role, if any, climate change has played in internal conflicts over the last 100 years. Stanford researchers took the unusual step of convening 11 of the most experienced and cited experts on the topic to resolve their assessments of climate change’s impact on global security.

Working together, the experts concluded that climate change so far has not played a large role in stoking conflict, overshadowed instead by other factors such as poor governance and weak economic development. But they agreed that climate change will play a far greater role in destabilizing countries as the planet warms.

There was “strong agreement that the risks go up with more climate change,” said Katharine Mach, director of the Stanford Environment Assessment Facility and the lead author of the study in a video supplement to the report. “But some of the biggest uncertainties are how and why.”

Rather than wars between nations, the Stanford study focused on internal conflicts, because there have been far more of them in modern history, killing anywhere from dozens of people to hundreds of thousands, Mach said.

The relationship between climate change and armed conflict, even when confined to one country, is complicated, and it’s hard to tease apart the effects of extreme weather from other factors that push a society toward violence. But U.S. military and intelligence agencies have long considered climate change to be a “threat multiplier,” the factor that could tip into violence those states already staggering under the weight of other problems.

For instance, a drought exacerbated by climate change in a country where the government fails to provide for its people, water is already scarce and relations between tribes and communities are fraught could lead to local clashes over water and, ultimately, broader internal conflict.

In a 2015 report to Congress, the Pentagon pointed to the Syrian civil war as an example of how climate change can aggravate the fragility of a nation already riddled with tensions and poor governance. At the time of the Arab Spring in 2010, Syria was already under great stress. The authoritarian regime of Bashar al-Assad was unpopular, and an influx of more than 1 million Iraqi refugees strained basic services.

At the same time, the worst drought in 500 years had shriveled large swaths of rural Syria, a country long plagued by water scarcity. Thousands of Syrians moved from farms into towns and cities. The migration contributed to the instability, which erupted into uprisings and, eventually, a cataclysmic civil war. Hundreds of thousands of people died and waves of refugees moved through the Middle East and into Europe and shook the political order as far as Germany.

Despite the concerns of the U.S. military and intelligence agencies, President Donald Trump has made his National Security Council the hub of an effort to undermine acceptance of climate science. Trump, a staunch climate denier, appointed former physicist and climate denialist William Happer to the NSC to undercut the intelligence community’s integration of climate science into its threat assessments.

The Stanford analysis arrives in the wake of news that the White House tried to prevent a senior State Department intelligence expert from testifying last week about the link between climate change and global security at a hearing on the topic held by the House Intelligence Committee. The official, Rod Schoonover, ultimately testified, but Trump advisors took the rare step of withholding Schoonover’s written testimony from the Congressional Record.  A copy of the written testimony, laden with critical comments from Happer, was published by The New York Times over the weekend.

In his oral testimony and what was revealed in the leaked written report, Schoonover bluntly described the scenarios that climate change could catalyze.  No country will be spared damage from climate change, he said, but some will deal with it better than others.  Much of the planet is “especially vulnerable,” he said, including sub-Saharan Africa, the Middle East, and South, Central and Southeast Asia.

“Most countries, if not all, are already unable to fully respond to the risks posed by 14 climate-linked hazards,” Schoonover told the committee.

The flap in Washington highlights how policymakers have long ignored or tried to suppress information about the role of climate change in conflict situations. Mach said resolving experts’ disagreements about climate change and conflict could nudge policymakers into mainstreaming the use of climate science in assessing security and diplomatic risk.

The study’s authors also recommended that the role of climate change in conflict inform policies to rein in global warming. They wrote: “Given that conflict has pervasive detrimental human, economic and environmental consequences, climate–conflict linkages—even if small—would markedly influence the social costs of carbon and decisions to limit future climate change.” 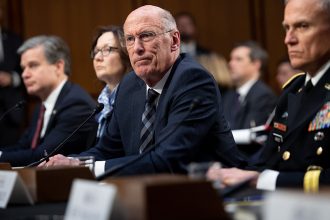 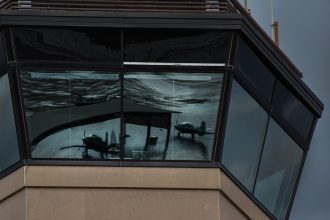 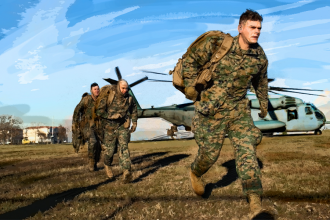 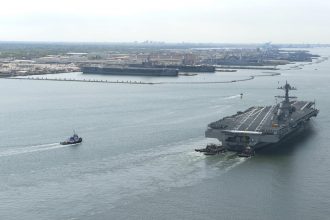