When the Democratic National Convention came to Philadelphia in 2016, officials at the Southeast Pennsylvania Transportation Authority touted their big bet on new green technology and offered visiting dignitaries rides on electric Proterra buses they were planning to buy.

A request by SEPTA officials for longer charges from additional heavy batteries, made before the million-dollar buses went fully into service in 2019, eventually led to cracks in their chassis that idled the entire 25-bus fleet. SEPTA’s experience served to underscore the nascent, imperfect state of EV mass transit technology.

Now, SEPTA has unveiled yet another high-profile makeover of its bus system, designed to improve service, restore post-pandemic ridership and help reduce Philadelphia’s greenhouse gas emissions without new technology. Calling the plan “SEPTA Forward: Bus Revolution,” the agency has begun redesigning more than 120 routes so that buses become a more dependable form of transportation, taking people from where they live to many new places where they work in a metropolitan area noted for its “job sprawl.” The authority’s fleet of 1,400 buses serves Philadelphia and four suburban counties with a combined population of 4.1 million.

The stakes are high. SEPTA reports that in 2018, its operations prevented emission of 2.5 billion pounds of carbon dioxide-equivalent that would have been released if SEPTA riders had instead traveled by single occupancy vehicles. The agency said that number could significantly increase if redesigned bus routes produce a healthy increase in ridership.

Jon Geeting, director of engagement at Philadelphia 3.0, a political organization that supports “independent minded” City Council candidates and government reform, said his organization is focused on making SEPTA a “first choice” transportation option for residents. With a reimagined network of bus routes, he said, a person really could leave his or her home, walk to the local bus or train stop, and be sure that a vehicle is going to pick them up within the next 10 minutes.

“I think that that’s what we would like to see across the city,” said Geeting. “So we are involved in this bus network redesign campaign that I think is the biggest opportunity by far that SEPTA has to really grow their ridership and make transit more convenient and reliable for all people.”

On its website, SEPTA also said newly configured bus routes would also ensure greater equity. “Improving SEPTA’s bus network is one of the best ways to improve the lives of people with low incomes and people of color who rely the most on public transportation to meet their needs,” the agency said.

The three-year review will encompass all aspects of bus operations, including routes and schedules, with implementation in 2023. “Our bus network is very large because Philadelphia is a huge city, so we have a lot of different services,” said Golden. “One of the things we are going to be doing is making our system simpler and easier to understand.”

With a million rides a day before the Covid-19 pandemic, ridership on SEPTA’s buses, trolleys and regional trains was down more than 90 percent in September 2020 and is still down around 40 to 50 percent. However, SEPTA is expecting ridership to come back to a higher level by September and later in the fall as kids go back to school and people go back to work.

“We have a huge Comcast work population here in the city. As soon as they go back to work, that will definitely be a game changer for our ridership increase, especially on the regional rail,” Golden said.

Until recently, SEPTA had never fully taken into consideration the correlation between the number of buses and the population of the area those buses serve, Geeting said. “We are really involved in organizing riders to support the best version of that goal and capture that local knowledge of what transit riders know about their routes to make sure that gets included in the system,” he said.

SEPTA planners also tended to design long routes to eliminate $1 transfer fees between buses, subways, trains and trolleys, but the agency restructured fares and allowed one free transfer last year. The elimination of the transfer fee had been recommended in a 2018 study that also called for fewer stops and all-door boarding to increase speed.

Geeting’s organization had pushed for the elimination of the transfer fee, saying the cost was leading people to ride in inefficient ways just to avoid paying the transfer. It is easier and better for everyone, Geeting said, if a rider transfers onto a train going to the specific destination, instead of taking a bus to a general destination to avoid a fee.

Geeting said Philadelphia 3.0 also successfully advocated for allowing kids under 12 to ride for free, instead of free rides only for children under 5. This enables families to ride SEPTA without paying $20 or more in fares each way, he said.

“That’s what we have been most focused on: make it more convenient, make it cheaper for people who need it the most but might not be riding now, and generally get more people on SEPTA,” Geeting said.

With redesigned routes, SEPTA will eventually get back to buying new electric buses. According to its website, the agency hopes to replace 100 diesel buses and 300 hybrid buses with electric buses by 2026, assuming there’s a decrease in electric bus prices and an increase in range per charge. If that replacement happens, greenhouse gas emission from the SEPTA bus fleet would be reduced annually by 50 million pounds of carbon-equivalent.

“If the criteria are met and zero-emission buses become feasible for fleet-wide application,” the agency said, “based on a 15-year procurement cycle, the earliest SEPTA could reach a zero-emission bus fleet would be 2036.”

As work proceeds on the bus system makeover, solar power is an important source of renewable energy behind SEPTA’s goal of reducing greenhouse gas emissions from its overall operations and facilities by 20 percent in 2021, when compared to a 2014 baseline.

Those megawatt hours will reduce greenhouse gas emissions by 19,360 metric tons annually, the emissions equivalent of 4,180 automobiles per year, the agency calculates.

A second solar farm to be developed by Lightsource bp under its agreement with SEPTA will bring the power produced to 67,000 megawatt-hours per year, enough to power 6,100 U.S. homes annually. 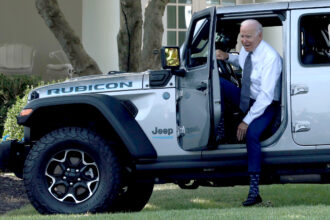 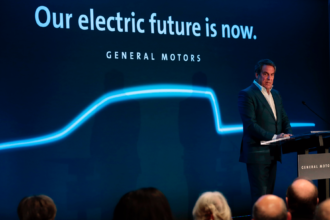 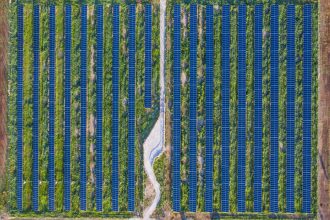