The Obama administration’s announcement on Friday that it will suspend new coal leasing on federal lands and overhaul the program to better reflect environmental costs could be a turning point in climate policy. It is a concrete measure toward leaving fossil fuels in the ground, as the science demands.

But it was the invisible hand of the coal markets, not the inexorable thrust of the climate models, that ultimately drove the federal government to this point.

Coal companies have been going bankrupt, even as they have been granted access to a virtually limitless resource at almost negligible prices. So the federal government, as the steward of the public patrimony, could no longer justify business as usual.

“The business partnership between the federal government and the coal industry no longer works,” said Tom Sanzillo, director of finance for the Institute for Energy Economics and Financial Analysis (IEEFA), which has long criticized federal coal leasing practices.

“It became apparent that the industry does not have a strategy for moving forward in the face of a shrinking market.”

The market realities opened the door to a review that, if it ends up imposing climate accountability on the coal industry, could lock up huge quantities of carbon fuels for decades to come.

“This is a historic decision that greatly improves the world’s chances of avoiding the worst impacts of climate change,” said Erich Pica, president of Friends of the Earth.

“With this decision President Obama sent a clear signal to coal companies, and their investors, that the days of dumping their pollution onto the American public are ending.”

The moratorium will have no immediate impact on the supply or demand for coal, even though coal produced from federal lands accounts for 40 percent of all domestic production.

The Obama administration has already approved leases providing billions of tons of coal, and the amount already available to the industry that hasn’t been dug up is “enough to sustain current levels of production from federal land for approximately 20 years,” the Interior Department said on Monday.

Those contracts are not being broken.

But new leases, such as two pending offers that would have made another 640 million tons of Wyoming coal available, will be suspended.

The policy review is expected to last more than three years, well beyond President Barack Obama’s term in office. Republicans, vehemently opposed to what they call his “war on coal,” are guaranteed to rally to the industry’s side, along with some Democrats from fossil fuel-producing states.

“This announcement is the manifestation of a misguided ‘keep-it-in-the-ground’ policy that will harm local economies and threaten future energy supplies – while doing little to promote innovation or transparency,” said Sen. Lisa Murkowski (R-Alaska), who chairs the Senate’s Energy and Natural Resources committee.

Administration officials denied the move was merely an attack on coal.

“Even as our nation transitions to cleaner energy sources, building on smart policies and progress already underway, we know that coal will continue to be an important domestic energy source in the years ahead,” Interior Secretary Sally Jewell said in a conference call.

“We haven’t undertaken a comprehensive review of the program in more than 30 years, and we have an obligation to current and future generations to ensure the federal coal program delivers a fair return to American taxpayers and takes into account its impacts on climate change.”

How the government  eventually addresses the climate costs of the leasing program is what will determine whether the review will have the powerful and lasting impact that environmental advocates are seeking.

For years, government auditors and Congressional critics have said that at the very least, the royalty fees on coal should be raised to provide a fair return to taxpayers.

But how much would it have to go up to reflect environmental costs as well?

But she said it was no longer appropriate to run a program on the principle that the goal was basically to “get as much coal out of the ground as possible.”

Federal coal leases produce as much greenhouse gases each year as 161 million cars, according to a recent study by the Wilderness Society and the Center for American Progress. Those in the Powder River Basin of Wyoming and Montana alone account for 10 percent of U.S. emissions. Coal production also has other environmental impacts, such as local pollution, destruction of wildlife habitat, and the like.

Any policy that reflects coal’s climate costs in its market price would further disadvantage the ailing industry in its competition with other, cleaner energy sources, such as natural gas or renewables.

The administration has calculated that the full social cost of carbon – a rough estimate of how much environmental damage from climate change will eventually cost, expressed in today’s dollars per ton of carbon dioxide emissions – to be nearly $40 a ton. Other economists say the true cost is far higher than that.

Dan Utech, a top White House climate advisor, said it is premature to declare whether the social cost of carbon would be reflected in revised royalty fees.

Shaun Donovan, director of the White House budget office, said that the administration recognized that climate change is already causing “billions of dollars of costs to taxpayers,” and that the new policy was meant “to reflect the true cost across the board.”

The formal order launching the review of the leasing program said that along with accounting for environmental costs and getting taxpayers a fair return, addressing recent changes in the coal market was a crucial concern.

Pro- and anti-coal advocates have urged the administration “to take these significant market changes into account, although the recommended changes vary,” the document said.

“Some suggest that the program should attempt to improve the economic viability of the coal industry and help coal-dependent communities by reducing royalties and streamlining the leasing and permitting processes. Others raise concerns that the program has contributed to low coal prices by incentivizing over-production through non-competitive sales that oversupply the market.” 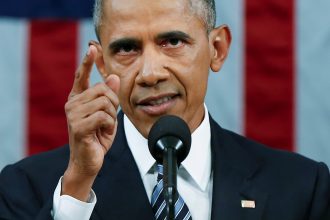 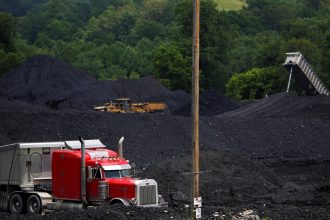 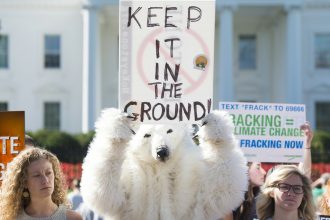