The revelation last month that the Heartland Institute, a libertarian group based in Chicago, is trying to teach climate skepticism in schools has sparked a flurry of criticism and debate over the entry of global warming doubt into the classroom.

But how easy is it, really, for a group with an ideological mission to influence science curricula?

While it is hard to judge how Heartland will fare, climate denial materials have already begun to creep into public schools, said O. Roger Anderson, chair of the math and science department at Teachers College of Columbia University, in an interview. That’s what Anderson says concerns him.

Anderson said that generally, it is atypical in the sciences for social or political organizations to get a place in the classroom, because their lesson plans tend to contradict the process of creating curricula, which involves vetting by scientists and education experts over several years. “We want students to look at scientific data like researchers do, critically, but only as long as it is driven by sound scientific logic—not tainted by ideological or philosophical positions.”

But the consensus of man-made global warming isn’t required study by most school districts, and there are still no national standards for how, or if, it should be taught. That leaves many science educators free to include climate change in courses however they want—by, for instance, teaching the scientific consensus on climate change, or explicitly advocating skepticism as a valid scientific proposition as Heartland does.

Politically conservative educators who reject evidence for global warming are increasingly seeking out supplemental materials that present the skeptical view, said Mark McCaffrey, programs and policy director for the National Center for Science Education (NCSE), a science advocacy group. He believes that is why Heartland, known for its work with the tobacco industry and its annual climate skeptic conference, has ramped up its efforts.

Last month, leaked strategy documents revealed that Heartland aims to spend $200,000 over an estimated two years to sow doubts about the consensus on human-induced climate change in K-12 classrooms.

The group hired David Wojick, a consultant who has authored dozens of articles, editorials and reports that promote skepticism about global warming, to develop the curriculum. The modules for grades 10-12, for example, would challenge the view that earth is warming and humans are to blame. They would also question the reliability of climate models and the belief that carbon dioxide, a greenhouse gas that scientists say is the biggest contributor to climate change, is a pollutant, the documents showed.

“[They] will be a nice counterweight to the many, many materials distributed that present an overtly political and alarmist message in regards to climate change unfortunately being used in school systems,” James M. Taylor, environmental policy fellow at Heartland, told InsideClimate News. “By contrast, our materials would be based on sound science and fact.”

McCaffrey said the problem is that the curriculum creates debate where there isn’t one. “A curriculum based on teaching both sides of the issue doesn’t accurately reflect the current science.” A 2010 study in the Proceedings of the National Academy of Sciences found that about 98 percent of active climate scientists are convinced that human activities are hastening climate change.

NCSE often calls attention to curriculum that’s “inaccurate or misleading,” McCaffrey said. “From the sounds of it, this fits into both categories.”

Who Is David Wojick?

Related to concerns about the content of Heartland’s curriculum, McCaffrey said he is troubled by who is preparing it.

“I’ve been immersed in climate education for over a decade and never heard of [Wojick] until recent news,” McCaffrey said.

“From what I’ve read of the modules he proposed writing, they seem designed to foster confusion rather than promote deeper understanding of the current science … and they certainly wouldn’t fit with the science education standards framework that the National Research Council plans to release,” he said, referring to the operating arm of the National Academy of Sciences, which is slated to release a draft of new national science standards next month that are expected to include climate change.

Wojick isn’t a scientist. He describes himself as a consultant, columnist and researcher and is currently listed as a senior consultant for innovation at the U.S. Department of Energy’s Office of Scientific and Technical Information (OSTI). Since 2007, Wojick has received nearly $1.1 million from DOE to develop “science education content” and communication tools, according to government records.

His resume says he received a Ph.D. from the University of Pittsburgh in the philosophy of science, specializing in mathematical logic and conceptual analysis. His consulting and research client list goes back decades and includes the Executive Office of the President of the United States, the Environmental Protection Agency, the Department of Commerce, the Office of Naval Research, Citibank and several utilities, including AES Corporation and Allegheny Power.

Notably absent, however, are credentials in climate science, even though he has published at least 50 editorials, columns, op-eds, letters to the editor and reports since 1991 that seek to debunk global warming science. His writings attack both the Intergovernmental Panel on Climate Change (IPCC), the UN body assigned to review and report on developments in climate research, and the Kyoto Protocol, the 1997 treaty to reduce greenhouse gas pollution. More than a decade ago, Wojick started the email listserv climatechangedebate.org, where “knowledgeable people from all sides of the climate change issue” participate, he has said. Wojick has not published any peer-reviewed scientific articles dealing with climate science.

In an email exchange with InsideClimate News, Wojick said teachers experienced in doing lesson plans would help him write the curriculum, but that he would not consult scientists.

“I myself am an expert on the scientific debate, so I don’t see the need for additional talent at this point, as this is a small project.”

A sample of his published writings:

“IPCC is not about science, it is about politics, the politics of global governance … IPCC is run by activist scientists obsessed with the supposed threat of climate change.”

“The amount of warming is claimed to be known with a false degree of confidence. We do not, in fact, know for certain that the earth has warmed at all.”

“The U.S. has spent about $20 billion on climate change research to date … After this staggering spending, we still do not know if the Earth is warming or not or, if it is, whether humans have anything to do with it.”

In addition, Wojick co-directs the STEM (Science, Technology, Engineering, and Math) Education Center, an educational consultancy. In a November blog post on the website Scholarly Kitchen, a popular scholarly publishing blog, Wojick calls K-12 science education a “regulatory regime,” due to strict national standards that dictate what is taught, and says “there is a great demand for alternative and supplemental materials.”

According to its leaked 2012 fundraising plan, Heartland has received $100,000 from an anonymous donor for Wojick to create the curriculum and is hoping to raise matching funds.

Will It Reach Classrooms?

Taylor, the senior fellow at Heartland, said his group would likely make Wojick’s curriculum available for download on its website and send it out to schools and teachers. Heartland has done similar outreach with its other teaching materials, like the 2008 DVD Unstoppable Solar Cycles: Rethinking Global Warming, which argues that climate change is driven by natural solar cycles, not human activities.

Francis Eberle, executive director of the National Science Teachers Association (NSTA), a membership group of 55,000 science educators, said it would be “a shame” if the curriculum is developed and distributed.

Eberle explained that the process for developing science curricula can take five years. It starts with the U.S. Department of Education, which determines broad scientific topics that teachers should address in each grade. From there, lesson plans covering those topics are crafted through collaborations with various groups, including education associations like NSTA, educational non-profits, universities and government science organizations, such as NASA and the National Science Foundation (NSF), a U.S. government agency that supports research and education. (In 2009, President Obama made climate education a priority for NSF.)

Once formulated, curricula are tested in schools before becoming available. Teachers also use textbooks that follow national science education standards. Still, “each district has a different approval process for curriculum,” Eberle said, and “many science teachers do have the opportunity to choose their lessons.”

Because teachers’ responsibilities and classroom sizes have grown, those who choose to teach climate change might not have time to thoroughly investigate the source of materials they are sent or that they find on the Internet, Anderson of Teachers College said. “Typically, teachers are very critical about what they accept, but whether they go into depth with the origins of material when pressed for time, I would be very doubtful.”

McCaffrey of the National Center for Science Education said he has seen an increase in the number of teachers who insist that climate science be debated, particularly those with conservative values who may oppose efforts to curb greenhouse gas emissions. The NCSE has heard reports from schools and parents across the country of teachers refusing to acknowledge evidence of human-caused global warming in their lesson plans.

McCaffrey said that when Heartland’s curriculum is complete, NCSE will review it and will most likely post a warning on its website saying that the materials are misleading.

Climate change has become so politicized that some experts fear it is becoming a battleground like the teaching of evolution. Teaching creationism is banned nationally, but many teachers stray from the standards. Less than one-third follow the recommendations of the National Research Council to teach the scientific consensus on evolution, according to a survey published last year in the journal Science.

Since 2004, groups have tried to link the two issues by pushing “academic freedom bills” that would mandate the teaching of dissenting views on global warming,  evolution, human cloning and stem cells. Bills have been introduced in 13 states, including Texas, Florida, Alabama, Maryland, New Mexico and Michigan.

“It is clear from court decisions that creationism and intelligent design can’t be taught in public schools because of the first amendment—that’s been well established,” McCaffrey said. “Climate change doesn’t have this legal protection, which is going to make for an interesting few years as the issue is settled.” 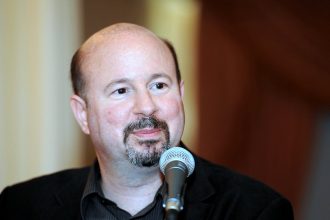 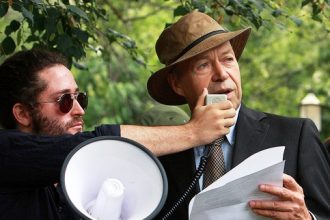