Donald Trump’s choice for vice president, the conservative governor of Indiana, Mike Pence, denies climate change and is an outspoken coal advocate. His record has made him a favorite in the very conservative wing of the Republican Party and earned him large contributions from the fossil fuel industry.

Pence has led efforts in Indiana to slash taxes, to oppose gay marriage and gay rights, as well as abortion and other conservative reform causes. He supported an amendment to the State Constitution that banned same-sex marriage, which even the Republican-dominated legislature believed went too far in limiting gay rights. He has enjoyed significant support from the billionaire Koch brothers in his past campaigns. They donated more than $300,000 to his gubernatorial campaign in 2012.

The Koch brothers, however, have not been supporters of Trump, so it’s unclear if his choice of Pence will sway them into backing the ticket.

By choosing Pence as his running mate, Trump is also offering no new clues about how he plans to address environmental issues if he becomes president. Choosing someone so conservative seems to be a nod to the conservative wing of the party, and runs counter to Trump’s oft-stated idea that he could win the support of Bernie Sanders supporters who are reluctant to support Hillary Clinton.

In May, Trump introduced his America-first energy plan, which calls for dismantling the Paris climate agreement, erasing President Obama’s entire climate action plan, including the Clean Power Plan, and maximizing production of domestic oil, gas and coal. Pence’s environmental record, both as governor and previously as a U.S. representative, indicates he would agree with Trump’s plan.

Pence, who is 57, was elected Indiana’s governor in 2012; previously, he spent a decade as U.S. representative from Indiana’s 6th District. While serving in the House, Pence repeatedly voted against energy efficiency and renewable energy funding and rules. He also voted for several bills that supported fossil fuel development, including legislation promoting offshore drilling. The League of Conservation Voters, which rates members of Congress on their pro-environment efforts, has given Pence a lifetime rating of 4 percent.

“The consideration of Pence shows Trump has little interest in appealing to anyone outside of his extremist base and Big Polluters,” Clay Schroers, national campaigns director at the League of Conservation Voters, said in a statement.

Ever since Pence became governor in 2013, the state’s Republican-dominated legislature has repeatedly tried to roll back renewable energy standards and successfully ended Indiana’s energy efficiency efforts. In recent years, Indiana has also made little progress to identify and respond to climate change impacts affecting the state. According to the Obama administration’s 2014 U.S. National Climate Assessment, Indiana could expect to see increased temperatures, more extreme rain events and increased flooding due to climate change.

Last October, 22 state climate scientists sent an open letter to Pence urging him to step up the state’s action on climate. “The basic science of climate change is settled,” the scientists wrote. “Our challenge today is to explore opportunities to develop mitigation and adaptation strategies in Indiana that reflect our interests to protect energy and transportation infrastructure, the health of the public and economic development.”

According to Gabriel Filippelli, one of the signatories and an earth science professor at Indiana University-Purdue University Indianapolis, the letter “has fallen on absolute deaf ears.” Indiana is one of the 16 states with no climate action plan.

As governor, Pence has publicly doubted the scientific consensus on climate change. In a 2014 television interview with MSNBC’s Chuck Todd, Pence responded to a question on climate change by saying: “I don’t know that that is a resolved issue in science today … just a few years ago we were talking about global warming. We haven’t seen a lot of warming lately. I remember back in the ‘70s we were talking about the coming ice age.”

Pence’s climate denial stretches back to his time in the House, where he voted to eliminate funding for climate education programs and to prohibit the Environmental Protection Agency from regulating greenhouse gas emissions.

Pence grew up in Columbus, Indiana. A proud Hoosier, he got a law degree from Indiana University School of Law and worked as a lawyer and a conservative radio-talk show host before running for Congress in 2000.

One of Pence’s most outspoken energy positions is his support for the coal industry. In his 2015 State of the State address, Pence said: “Indiana is a pro-coal state” and added “we must continue to oppose the overreaching schemes of the EPA until we bring their war on coal to end.”

Around this time, Pence sent a letter to President Obama denouncing the Clean Power Plan. Indiana has since joined 23 other states in a lawsuit challenging the plan, which would regulate emissions from power plants. The Supreme Court stayed the climate rule in February 2016 until the legal challenge is resolved.

Indiana ranked as the nation’s eighth-largest producer of coal in 2014, according to the U.S. Energy Information Administration. In recent years, some of the state’s large coal plants have announced retirements or already stopped producing power, a combination of the increased competition from natural gas and new power plant regulations taking effect.

The Republican National Convention starts next week in Cleveland. It’s likely Pence will give a speech, offering the first opportunity as the vice presidential candidate to speak out on climate and energy––or not.

Campaign disclosures showed the energy industry contributed more than $850,000 when Pence ran for governor in 2012, including the large donation from Charles and David Koch. Several of Pence’s former Congressional staffers have since gone to work for Koch-related groups, including the conservative political group Americans for Prosperity, according to Politico. AFP has previously supported Pence’s tax proposals.

Political pundits say that Trump’s selection of Pence is a move to appease top Republican donors and party members, who have expressed concern about Trump’s unorthodox and often controversial campaign.

Indiana law requires that Pence drop out of his race for re-election as governor as he runs for vice president. The race between Pence and the Democratic challenger, former state House speaker John Gregg, was already considered close. The state Republican party must now pick a candidate to replace Pence. 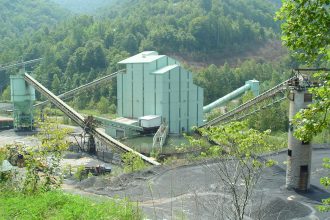