While scientists warn with increasing urgency that global warming is sharply increasing the likelihood of deadly heat waves, many regions are doing little to protect vulnerable populations.

The research discussed at the conference suggests that many models are underestimating the short-term threat to the most vulnerable areas—densely populated tropical regions—and that the threats aren’t clearly communicated. And a study released in late April showed that, in the U.S., the risk of power failures during such heatwaves could increase the death toll.

Last week’s updates to the U.S. Environmental Protection Agency’s Climate Indicators website, which had been delayed for years by the Trump administration, showed that major U.S. cities experienced three times as many heat waves—four or more days with temperatures that should only occur every 10 years—in the 2010s as during the 1960s. The season in which heat waves occur has lengthened by 47 days. In addition to heat exhaustion, recent research also showed that extreme heat dramatically increases the chances of pre-term births.

The pattern of lengthening, more persistent and expansive seasonal heat waves intensified once again as the EGU conference ended. All-time record April heat was reported in central Eurasia and North Africa, and a weather station on Crete reported by far the warmest April night on record in Europe, which never dropped below 87 degrees Fahrenheit. Persistently warm nights compound the health threat of heat waves because humans can’t physically recover from scorching daytime temperatures if they don’t cool down after the sun goes down.

Globally, extreme heat killed at least 166,000 people between 1998 and 2017, according to the World Health Organization, including about 70,000 during a 2003 heat wave in Europe. In the United States, the Centers for Disease Control calculated that extreme heat “caused or contributed to more than 7,800 deaths” between 1999 and 2009, while some studies used by the Environmental Protection Agency show an average of 1,300 heat deaths per year.

One of the studies presented at the conference shows that parts of Southern Europe are particularly vulnerable, with heat deaths projected to increase by 7.9 percent in Spain through 2050 if global warming continues at its current pace, but only by half that much if global warming can be capped at 2.7 degrees Fahrenheit, as prescribed by the Paris climate pact.

The growing health threats of extreme heat over populated areas are “not sufficiently captured” by major reports and emergency databases, or communicated adequately by English-language media, said Chloe Brimicombe, a University of Reading climate researcher.

“Heat is an invisible killer,” she said. Even though heat waves are one of the leading causes of death linked to global warming, “Extreme heat is not adequately looked at in research and policy, in comparison to the risk.”

What could help communicate risks across borders, she said, is broad adoption of a scale of heat danger that was developed in 2009—a “universal thermal climate index”—that adds up a combination of conditions that affect human health. Comparing that index with observed climate measurements shows heat stress conditions are growing much faster over populated areas than the average land surface, which could lead to heat wave impacts being underestimated, she said.

The Worst Heat Wave Impacts Are Ahead

The most dire projections are for tropical regions in Africa and South Asia, where tens of millions of people are vulnerable to extreme heat. By 2070 in those regions, a combination of extreme heat and humidity will put about 1.5 billion people at risk. Deadly heat waves, formed by the combination of temperatures above 95 degrees Fahrenheit and humidity in excess of 90 percent, will start happening annually in those areas, instead of every 25 years, with conditions lingering near that lethal threshold for weeks on end.

“We are making the tropics unlivable,” she said. If warming continues unabated through 2050, “loads of people would die and it would lead to mass migration, and that is something we’re not really saying enough about.”

“The poorest people in society live in the most vulnerable areas, and they are often in rural areas working outside for long hours, exposed to the heat,” she added.

Even after a string of years with record global temperatures, “the really dangerous implications of having these extreme events more frequently, the way they can affect people and infrastructure, hasn’t really cut through,” said University of Oxford climate scientist Mike Byrne, whose ongoing research shows extreme heat intensifying over more tropical land areas, compared to heat over the globally averaged land surface.

The trend toward extreme heat is “amplified over land where the impacts on human health, wildfire risk and food production are most severe,” he said. His model shows that temperatures over tropical land areas are warming more than average temperatures over all land. The trend seems to be driven by drier soils, with less moisture that can evaporate from the earth to cool the air, he added.

His research was partly inspired by a 2019 study showing research gaps on the extreme impacts of climate change in Africa, the world’s hottest continent. Parts of the Middle East and North Africa may be the regions closest to having temperatures that rise above the limit of human survival.

“With this fast pace of warming of temperature extremes, we might actually pass a fundamental limit, beyond the human ability to cool itself,” he said. That could make human life in those areas impossible without air conditioning.

“Fredi Otto’s study was a motivation for me, showing a blank spot in our understanding of extreme events in Africa,” he said.

More research on heat extremes in the tropics is needed, Byrne said, because most of science’s current understanding of such events is based on study of cooler regions. ”We don’t have a basic picture of what drives extremes in the tropics,” he said. The research presented at the April conference will help reduce uncertainty to provide better warnings of extreme heat waves in Africa and elsewhere, he added.

In the United States, a 2019 study projected thousands of additional heat deaths in cities during the second half of the century, even if global warming is limited to 2.7 degrees Fahrenheit. Fatalities increase even more steeply at higher levels of warming. The European Academy of Sciences projects up to 132,000 additional deaths by 2100 if warming exceeds 3.6 degrees Celsius.

In North America and Europe, extreme heat by far is the biggest killer driven by global warming, Otto said. That may be the case worldwide, but it’s hard to know because heat deaths still aren’t accurately counted in parts of the developing world, including in Africa, she added.

Part of the reason that the threat of extreme heat is still underestimated is because the deaths are slow and silent. “It’s a lot easier to assess impacts from, say, a tropical cyclone,” she said. “It happens quickly, and you can count the deaths almost immediately.” Heat deaths come at a much slower pace, over the course of weeks or months, and often aren’t tallied until the end of the year.

Media reports about extreme heat risks also can be misleading, she added, with heat “almost always presented as something nice.” 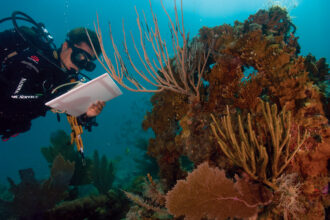 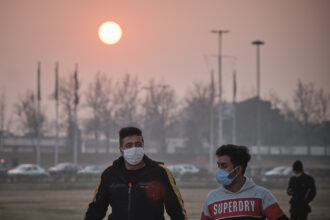