We are an oil-based civilization, one that is heavily dependent on a resource whose production will soon be falling.

By themselves, however, these numbers miss a central point:

As security analyst Michael Klare notes, the first trillion barrels was easy oil, “oil that’s found on shore or near to shore; oil close to the surface and concentrated in large reservoirs; oil produced in friendly, safe, and welcoming places.”

The other half is tough oil, “oil that’s buried far offshore or deep underground; oil scattered in small, hard-to-find reservoirs; oil that must be obtained from unfriendly, politically dangerous, or hazardous places.”

This prospect of oil production peaking and countries at the same time failing to establish greater energy efficiency and renewable energy sources has direct consequences for world food security.

Modern agriculture depends heavily on the use of fossil fuels. Most tractors use gasoline or diesel fuel. Irrigation pumps use diesel fuel, natural gas, or coal-fired electricity. Fertilizer production is also energy-intensive. Natural gas is used to synthesize the basic ammonia building block in nitrogen fertilizers. The mining, manufacture, and international transport of phosphates and potash all depend on oil.

Efficiency gains can help reduce agriculture’s dependence on oil. In the United States, the combined direct use of gasoline and diesel fuel in farming fell from its historical high of 7.7 billion gallons (29.1 billion liters) in 1973 to 4.2 billion in 2005—a decline of 45 percent. Broadly calculated, the gallons of fuel used per ton of grain produced dropped from 33 in 1973 to 12 in 2005, an impressive decrease of 64 percent. One reason for this achievement was a shift to minimum- and no-till cultural practices on roughly two fifths of U.S. cropland.

But while U.S. agricultural fuel use has been declining, in many developing countries, it is rising as the shift from draft animals to tractors continues. A generation ago, cropland in China was tilled largely by draft animals. Today much of the plowing is done with tractors.

Fertilizer accounts for 20 percent of U.S. farm energy use. Worldwide, the figure may be slightly higher.

As the world urbanizes, the demand for fertilizer climbs. As people migrate from rural areas to cities, it becomes more difficult to recycle the nutrients in human waste back into the soil, requiring the use of more manufactured fertilizer.

Beyond this, the growing international food trade can separate producer and consumer by thousands of miles, further disrupting the nutrient cycle. The United States, for example, exports some 80 million tons of grain per year—grain that contains large quantities of basic plant nutrients: nitrogen, phosphorus, and potassium. The ongoing export of these nutrients would slowly drain the inherent fertility from U.S. cropland if the nutrients were not replaced.

Irrigation, another major energy claimant, is requiring more energy worldwide as water tables fall. In the United States, close to 19 percent of farm energy use is for pumping water. And in some states in India, where water tables are falling, over half of all electricity is used to pump water from wells.

Some trends, such as the shift to no-tillage, are making agriculture less oil-intensive, but rising fertilizer use, the spread of farm mechanization, and falling water tables are having the opposite effect.

Although attention commonly focuses on energy use on the farm, agriculture accounts for only one-fifth of the energy used in the U.S. food system. Transportation, processing, packaging, marketing and kitchen preparation of food are responsible for the rest.

The U.S. food economy uses as much energy as the entire economy of the United Kingdom.

The 14 percent of energy used in the food system to move goods from farmer to consumer is equal to two-thirds of the energy used to produce the food. And an estimated 16 percent of food system energy use is devoted to canning, freezing, and drying food—everything from frozen orange juice concentrate to canned peas.

Food staples such as wheat have traditionally moved over long distances by ship, traveling from the United States to Europe, for example. What is new is the shipment of fresh fruits and vegetables over vast distances by air. Few economic activities are more energy-intensive.

At my local supermarket in downtown Washington, D.C., the fresh grapes in winter typically come by plane from Chile, traveling almost 5,000 miles.

One of the most routine long-distance movements of fresh produce is from California to the heavily populated U.S. East Coast. Most of this produce moves by refrigerated trucks. In assessing the future of long-distance produce transport, one writer observed that the days of the 3,000-mile Caesar salad may be numbered.

Packaging is also surprisingly energy-intensive, accounting for 7 percent of food system energy use. It is not uncommon for the energy invested in packaging to exceed that in the food it contains.

Packaging and marketing also can account for much of the cost of processed foods. The U.S. farmer gets about 20 percent of the consumer food dollar, and for some products, the figure is much lower. As one analyst has observed,

“An empty cereal box delivered to the grocery store would cost about the same as a full one.”

Storage and preparation once the food reaches the kitchen make up the most energy-intensive segment of the food chain. Much more energy is used to refrigerate and prepare food in the home than is used to produce it in the first place.

In short, with higher energy prices and a limited supply of fossil fuels, the modern food system that evolved when oil was cheap will not survive as it is now structured.

Adapted from Plan B 3.0: Mobilizing to Save Civilization, by Lester Brown, available for free downloading and purchase at www.earthpolicy.org/Books/PB3/index.htm.

Food Production Can and Should Step Away from the Fossil Fuels 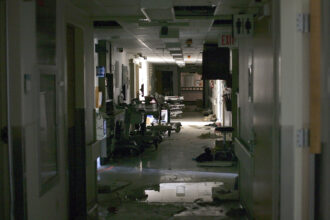 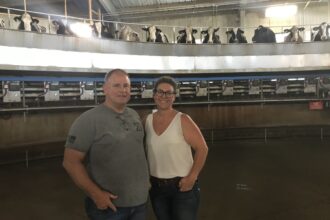 Researchers have identified nearly 700 vulnerable hospitals in metropolitan areas along the Gulf and Atlantic coasts. Although Miami ranks first among the areas whose hospitals are threatened, Northeastern cities are surprisingly high on the list.