Courtney Cobbs moved to Chicago from her home state of Arkansas as a young adult who wanted to live a car-free lifestyle. She felt guilty that getting into a car for the most basic everyday activities meant exacerbating climate change along the way.

She picked up biking when the city debuted its bikeshare system, Divvy, in 2013. Cobbs quickly skyrocketed to become one of the top 1 percent of Divvy users by mileage (before eventually getting her own bike) and now, she’s one of Chicago’s most visible advocates for sustainable transportation.

The transportation sector is the largest contributor to U.S. greenhouse gas emissions, accounting for 29 percent of them in 2019. In recognition of this reality, the Biden administration is pushing hard for a speedy switch to electric vehicles, which do less damage to the atmosphere. But somewhat lost in the fervor for electric cars and trucks are all the other forms of transportation people can and often must use.

Public transit systems in many U.S. cities are still reeling from a sharp drop in ridership during the coronavirus pandemic and are calling for federal aid. But many essential workers and people with low incomes had no choice but to continue taking public buses and trains throughout the worst of the pandemic.

Yet, in the infrastructure bill passed by the Senate this month, $100 billion is allocated to highways, bridges and roads primarily used by passenger cars—nearly three times the $39 billion that is earmarked for public transit. And other forms of sustainable transportation are receiving even less support.

While transit ridership fell last year, walking and biking rates shot up. But not all communities have streets designed with pedestrians’ and cyclists’ safety and convenience in mind. In 2019, approximately 6,000 pedestrians and 800 cyclists died across the United States after being hit by cars, according to the Federal Highway Administration. Her own dangerous encounters with drivers motivated Cobbs to speak out for cyclists and for sustainable transportation in general. In 2020, she co-founded an organization called Better Streets Chicago with three other local transportation advocates. She writes about sustainable transportation as a co-editor at Streetsblog Chicago, and engages with her fellow Chicagoans on streets, trails and online to champion better infrastructure—and a better culture of mobility to go with it.

In a recent interview with Inside Climate News, Cobbs spoke about the urgency of the climate crisis, how the coronavirus pandemic changed transportation in Chicago, her personal experiences biking around the city and how the United States can build more sustainable and equitable transportation systems.

(This transcript has been edited for length and clarity).

When did you start biking?

Cobbs: I started when the bike share system here in Chicago debuted. I knew that it was a very environmentally friendly way to get around. It was fun. It can be convenient in the sense that if you miss a bus or you miss your train, you can just hop on a bike and go. And I really like the freedom of being on my own schedule, as opposed to the schedule of the transit system.

What do the transportation options in Chicago look like right now?

Cobbs: Our buses make up the majority of the transit trips taken here in Chicago, but they don’t get a lot of love. Our buses are very slow, because we as a city have chosen not to prioritize them, which results in them being unreliable, which frustrates a lot of people. There are really big investments going on with our train system at the moment, and there’s not as much focus on improving the bus experience.

Our city council is afraid to create the type of biking infrastructure that we really need, because it will [anger] the driving public, because it will result in parking spaces being converted to a protected bike lane, it will change the layout of the street. There’s so much room for improvement in the biking landscape here in Chicago. And I also recognize my privilege of living in a neighborhood where it is relatively bike-friendly, but even so I still have experiences where I fear for my life.

Are there significant differences between different neighborhoods?

Cobbs: When I lived on the South Side, at the time there were no quote unquote bike lanes…

Biking, in some communities, is seen as the lowest form of transportation, the transportation of last resort. It’s like, “Oh, you can’t even afford bus fare. So you have to ride a bike.” For some people, that is the case. And for others, it’s just how they want to get around. I think there’s a lot of untapped potential there, lots of people who would ride a bike if the infrastructure was safe and also convenient.

There’s a perception that Black and brown people in lower income neighborhoods do not ride bikes. And there’s also the reality that lots of people do ride bikes in these neighborhoods. [Those people] are just not seen as important or valuable.

Why is it important for people who care about transportation to care about race and class and social justice?

Cobbs: At the end of the day, the issue of climate change is going to impact us all. But those who are lower income, who are Black and brown—we will be the ones most impacted. In order to tackle these issues, the way I tend to see it is that those who have the most privilege should be the ones to change first, and maybe sacrifice a bit.

I know a lot of people don’t like that word, and it scares people. But if you have the most privilege, what can you do with that privilege to help those who are at a disadvantage? How can you elevate their voices?

Not everyone has the capability of attending a meeting on transportation at 5 p.m. on a Wednesday night—maybe they’re working a second job, maybe they’re taking care of their children, whatever it may be. So if you do have the privilege of that free time, why not use it to advocate for something that will help the lives of people who are less fortunate than you?

If you could redesign the way transportation works in Chicago, what would it look like?

Cobbs: The vast majority of our buses would have priority on the streets. So they would have their own dedicated lane, they would have signal priority where the lights change to benefit the bus. We would have all-door boarding, and perhaps some prepaid boarding where people can pay for their bus fare ahead of time. And when the bus arrives, all they have to do is get on, as opposed to the really slow process we have now.

Has the pandemic changed the way people get around Chicago?

Cobbs: There’s been a huge increase in the amount of people biking. I see it with my own eyes, our bike-share statistics reflect an increase in ridership, our bike shops are sold out. Along with that, I think there’s also been an increase in driving. Some people in my life who did not own a car went out and bought a car during the pandemic because of…fears about contracting Covid on transit.

A lot of cities invested in pop-up bike lanes. Chicago did not do that. There have been no major improvements.

It seems like you have a lot of encounters with people, especially women, who see you biking around town and get inspired to start biking themselves.

Cobbs: I really think my e-bike is to be credited with that. It’s been a real conversation starter. Before, when I had a traditional bike, people weren’t coming up to me and saying, like, “Hey, I really like your bike,” or “Wow, that’s a really cool bike.”

I think there’s so much untapped potential with e-bikes. I think so many people want them and the money that we’re investing in electric vehicles—I think a good portion of that money could be better spent on getting people on e-bikes. But I don’t necessarily think we have to rely on the federal government, this can be done on a city or a state level. In some European cities, they’re giving people money to trade in their cars for an e-bike, and we could be doing the same thing.

Because women are more environmentally conscious, I think they get that bikes are the way to go. And e-bikes, especially, can be a strategy to get more women biking. But that has to come after you create the safe cycling infrastructure. A lot of people tell me, like, “Oh, you know, I wish I could ride a bike, but it’s so dangerous.”

And I like to remind people riding a bike in and of itself is not dangerous. It’s really the cars that are dangerous.

Do you think there’s also something inspiring about seeing someone who’s not the stereotypical Lycra-wearing white man bike around and be so enthusiastic about it?

Cobbs: Absolutely. I remember one time when I was all dressed up for a date, and I went there on my bike. I was coming home, and this young woman saw me and she was like, “Oh, my gosh, you’re doing this in heels? Kudos to you.” 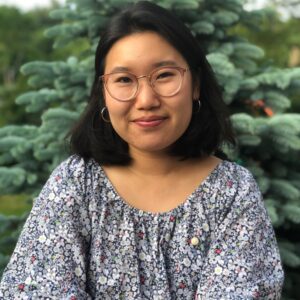 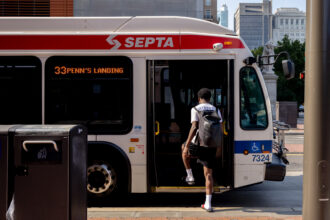 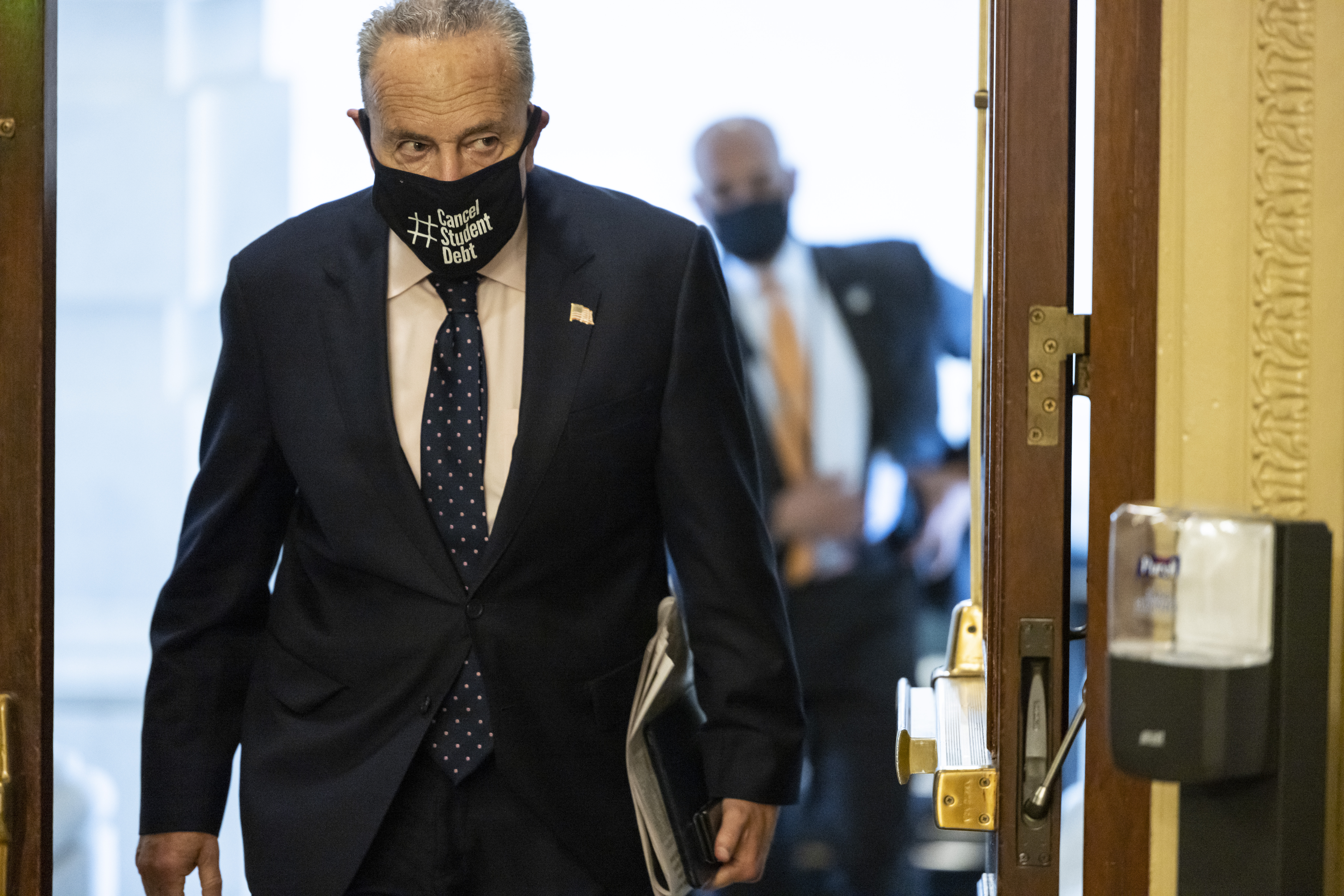 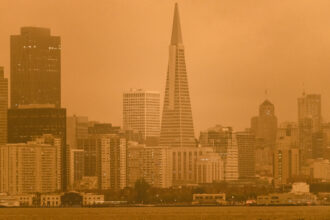