Nine years after its launch, the nation’s first mandatory carbon-trading program is still boosting the economy and creating jobs while continuing to cut power plant emissions in its nine-state region, a new report shows.

The nine Eastern states gained $1.4 billion in economic benefits from RGGI over the past three years because of the way they invested proceeds from the cap-and-trade program, the analysts found. The biggest payoff came in investments in energy efficiency programs, which have led to more businesses and jobs in activities such as energy audits and installing energy-efficiency equipment.

The analysts also found that the cap-and-trade system has not undermined the reliability of the electricity grid, and it has not led to a net increase in electricity bills.

Indeed, the financial benefits clearly exceed the costs, and have done so in each three-year period since the program’s inception, adding at least $4 billion over the program’s nine years. That doesn’t include climate-related benefits, such as reducing health costs and damages related to climate change, or the additional money states saved by buying less fossil fuel from out-of-state suppliers ($1.37 billion over the past three years).

The report shows a program that has low risks and clear financial benefits, the analysts said.

That’s important as the federal government walks away from the Clean Power Plan and other states consider their own carbon pricing programs. Two states plan to join RGGI soon: Virginia and New Jersey, which was an early member but left in 2011, when Chris Christie was governor.

The program “hasn’t led to economic ruin as some detractors had claimed at the beginning,” said Bruce Ho, senior energy advocate for the Natural Resources Defense Council.

Here’s how RGGI works: Using an auction system, the states offer a declining number of carbon emissions credits each year, which power plant owners bid on and are then required to use to offset their carbon dioxide emissions. The states then invest the proceeds in a variety of energy programs.

The program has clear costs to the owners of power plants that burn fossil fuels—buyers spent $901 million over the past three years combined to purchase credits, down from previous periods. But while those costs are ultimately passed on to consumers, the consumers end up with a net benefit under the program because of how states put that money to work, said Sue Tierney, co-author of the report and senior advisor with the Analysis Group.

“That’s an out-of-pocket cost to consumers in the very short run, but in the long run consumers don’t spend as much on electricity because of the investment of the proceeds on energy efficiency,” she said. Increasing energy efficiency reduces the amount of energy needed, while investments in renewable energy reduce the use of higher-priced power plants.

The states participating in the program are using the auction proceeds in different ways, led by investments in energy efficiency:

Looking at the effect on jobs, the report found that the carbon-trading program led to 14,500 “job-years” being added to the economy over the three-year period, and a total of more than 40,000 job-years since 2009. A job-year is the equivalent of one full-time job for one year. Many of those jobs were related to energy efficiency.

Some of the early critics of the program said the carbon limits weren’t stringent enough, recalls David Farnsworth, who helped develop RGGI when he was a staff attorney for the Vermont Public Utility Commission. He is now a senior associate with the Regulatory Assistance Project, which advises utility regulators worldwide.

“The cap on emissions was set too high,” he said. “That was one of the biggest pushbacks.”

Partly in response to the criticism, the states in 2014 reduced the cap by 45 percent to 91 million tons, which was much closer to their actual emissions.

Setting the cap has been challenging because the decrease in emissions has been much more rapid than was expected when the program was created. The drop was due to many factors, including government policies, the economic downturn and the declining competitiveness of coal as a fuel for power plants. A Duke University Energy Initiative paper in 2014 determined that the carbon program had more of an effect than those other factors, but the other factors were significant.

Peter Maniloff, an economist at the Colorado School of Mines and a co-author of the Duke study, said this latest Analysis Group report is making a key point that should not be taken for granted.

“This provides real evidence that these programs are not causing large economic harms,” Maniloff said. “This report’s finding is inconsistent with the idea that moderate climate policies would wreck economies.” 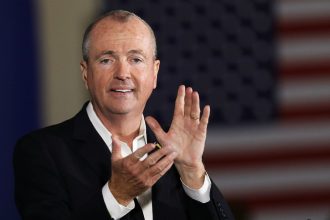 New Jersey to Rejoin East Coast Carbon Market, Virginia May Be Next 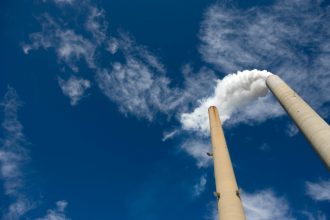 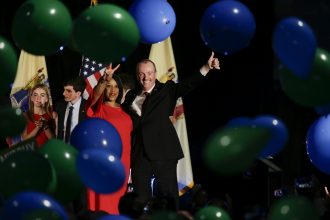