Now TransCanada, the company behind the project, faces another hurdle when the permit it needs to build in South Dakota expires on June 29.

The reapplication process will open the door for public comments and could lead to a hearing—adding further delays to the pipeline’s review, now in its sixth year.

Much is up in the air, but pipeline opponents are cheering.

The new application will give “tribes and landowners another opportunity to intervene and essentially question the purpose of the pipeline,” said Jane Kleeb, founder of the anti-Keystone group Bold Nebraska.

Bold Nebraska and its allies from the Cowboy and Indian Alliance—a group of ranchers, farmers and tribal members—will hold a celebratory event on June 27 called “Buffalo Roast, TransCanada is Toast,” at the Rosebud Sioux Tribe Spirit Camp in southern South Dakota, where protestors have lived in tipis for nearly three months. Kleeb said they will dismantle the tipis and plant a flag with the words “no permit, no pipeline, protect land and water.” The camp sits on the Keystone XL route.

“It’s definitely something for the environmental community to celebrate,” said Paul Blackburn, an attorney who has represented South Dakota landowners during pipeline proceedings. “But what happens next is not entirely [certain].”

The South Dakota Public Utilities Commission (PUC) approved the project on June 29, 2010, by issuing a certificate that set conditions for the pipeline’s construction, including environmental rules.

The certificate gave TransCanada a four-year window to begin construction, which then seemed like plenty of time.

But the project, once a shoo-in for approval, remains in limbo in part due to sustained grassroots resistance. TransCanada still needs approval by the U.S. State Department, which has final say over cross-border pipelines. The Obama administration decided to put off a decision until a final route is approved in Nebraska—where a judge nullified the state’s approved path on constitutional grounds. If approved, the Keystone XL would transport as much as 830,000 barrels of heavy crude oil per day from Canada’s tar sands to refineries on the Texas Gulf Coast.

TransCanada spokesman Shawn Howard said he wasn’t sure when the company would reapply for the certificate in South Dakota. “We will file things as quickly as we can, but we obviously want to make sure the information is accurate,” he said. “We need direction from the commission on the [reapplication] process that will be followed.”

Once TransCanada submits its paperwork, the PUC will accept comments from “all parties regarding the merits of the filing,” said commission chairman Gary Hanson.

“I certainly believe if there’s any kind of contention regarding the pipeline, then a docket would be opened up,” he said.

Opponents plan to challenge the project on at least three grounds.

First, the original PUC permit was granted in part because TransCanada argued the U.S. needed Canadian oil. Today, however, American production of light oil has skyrocketed thanks to an extraction technique known as hydraulic fracturing, or fracking, and refineries already have access to Canadian crude through rail, barge and other pipelines.

With refineries flush with U.S. light oil, some Obama administration officials and members of Congress are even discussing whether to lift the ban on exporting domestic crude.

“If we’re talking about exporting oil, then why do we need the Keystone XL?” said Paul Seamans, a South Dakota landowner who lives along the pipeline’s route.

Howard, the TransCanada spokesman, said the U.S. continues to rely heavily on imported oil, and “that’s not expected to change for decades.”

Bold Nebraska’s Kleeb said she’ll also argue for a reroute in South Dakota. The pipeline’s path through Nebraska was altered to protect an ecologically fragile region called the Sandhills. But the Sandhills extend into South Dakota, and a recent TransCanada document confirms the pipeline would pass through that part of the state.

Another point of contention is tribal rights. Although the Keystone XL route doesn’t cross any reservation title lands, it does pass through burial sites, ceremonial sites and other areas of cultural significance, said Faith Spotted Eagle, a tribal leader of the Yankton Sioux in South Dakota.

Spotted Eagle said TransCanada has infringed on their tribal land and water rights. One of the PUC permit conditions, for example, requires TransCanada to consult with tribes along the route. But Spotted Eagle said the company hasn’t treated the tribes with respect, and didn’t properly survey the route to protect cultural resources.

Howard said his company has been working with various tribes since 2008. “We have kept tribes constantly informed about the project, even though it doesn’t go through their lands. Our tribal relations group has been extremely engaged.”

Spotted Eagle said she sees the upcoming expiration of the PUC certificate as a result of the hard work of pipeline opponents. “We’re doing it for the generations to come,” she said. 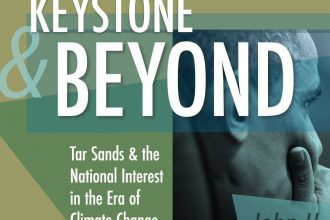 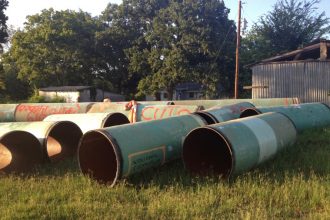 Did TransCanada Try to Discredit a Whistleblower? 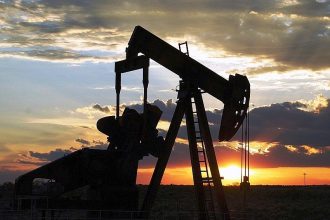