ORLANDO, Fla.—Florida’s oversight of the state’s fragile natural resources has improved under Gov. Ron DeSantis but remains far behind where it was a decade ago, according to a new report by a nonprofit advocacy group supporting current and former government employees involved in environmental protection.

While DeSantis has made the environment a priority of his administration, the report by Public Employees for Environmental Responsibility (PEER) shows that the state Department of Environmental Protection conducted fewer inspections in 2020 than the year before.

The overall rate at which programs regulated by the Department of Environmental Protection were found to be in compliance with environmental laws declined to 59 percent from 64 percent, the report found. The lowest compliance was found in the domestic wastewater and potable water programs, with rates of 34% and 36% respectively. In the potable water program there were 185 inspections, compared with 785 in 2019.

DeSantis has put millions of dollars toward Everglades restoration and water quality clean-up since his gubernatorial campaign in 2018, which came as the state suffered widespread outbreaks of toxic algae, sickening Floridians and leaving marine life belly-up.

Jerry Phillips, Florida director of PEER and a former enforcement attorney at the Department of Environmental Protection, said that the numbers reflect a boost in enforcement since DeSantis’ predecessor Rick Scott, a Republican, was elected to the U.S. Senate. But the number of enforcement actions is a fraction of what it was a decade ago. No data was available to indicate how the coronavirus pandemic might have affected inspections last year, he said.

Alexandra Kuchta, DeSantis’ press secretary for the Department of Environmental Protection, said the governor has taken numerous steps to improve environmental enforcement, including increasing fines for environmental crimes and transferring the Environmental Crimes Unit to the department from the Florida Fish and Wildlife Conservation Commission. Kuchta characterized the PEER report as one based on “misinterpreted information.”

“DeSantis has made very clear his expectations that Florida’s environmental laws are enforced, and the department is committed to carrying out that directive,” she wrote in an email. “We will continue to use all available tools to enforce our environmental laws and hold violators accountable in order to ensure the protection of Florida’s natural resources.”

DeSantis, a Republican and strong supporter of former President Donald Trump, is considered a GOP frontrunner in the 2024 presidential race.

The PEER report, based on data obtained through a public records request, found that the agency issued some $6.2 million in penalties in 2020, a significant increase over $2.8 million the year before. More than half the total came from fines in five cases, the report found:

The median penalty amount declined in 2020 from $2,500 to $2,000. Meanwhile in 12 of Florida’s 67 counties tracked in the report, more than 126 million gallons of unpermitted sewage flowed into delicate waterways. The counties were Bay, Brevard, Broward, Duval, Escambia, Hillsborough, Leon, Miami-Dade, Palm Beach, Pinellas, Sarasota and Wakulla. Nutrient pollution associated with sewage can contribute to the toxic blooms DeSantis campaigned on in 2018.

The findings are not surprising, said Aliki Moncrief, executive director of Florida Conservation Voters. She said that the Department of Environmental Protection and other environmental agencies endured deep cuts under the Scott administration as the former governor sought to streamline government and boost the economy after the Great Recession of 2007-2009.

“That structure that existed was dismantled by Scott, under Rick Scott’s administration, but DeSantis has not restored it,” said Moncrief, another former enforcement attorney at the Department of Environmental Protection. “Instead of one enforcement section that does all things enforcement, there’s no enforcement section. And instead, enforcement is just part of what the other components of the Office of General Counsel deal with.”

After taking office DeSantis appointed the state’s first chief science officer and chief resilience officer, in part he said to add more accountability to the state’s environmental oversight. He also revamped the governing board of the South Florida Water Management District, the state agency overseeing Everglades restoration, a massive effort, although the resilience officer left soon after her appointment for the Trump administration and has not been replaced.

The PEER report also shows that, under DeSantis, the Department of Environmental Protection has boosted the number of cases pursued, to 742 in 2020 from 469 the year before. The number remains much smaller than the 1,587 cases pursued in 2010, before Scott took office.

The report does not mention climate change, but Phillips said that as seas rise and storms become more frequent and intense, pressuring the state’s water management infrastructure, the level of enforcement in these programs is worrisome.

“They’re sending fewer inspectors into the field. They’re conducting fewer inspections, and what they have found is that the non-compliance rates of the facilities that are permitted in Florida have increased,” he said. “In other words, more facilities are operating out of compliance with their permits. The result of that was that they necessarily had to take more enforcement to address that situation. However at the same time the amount of penalties, the median penalties that they charged dropped rather significantly in 2020.” 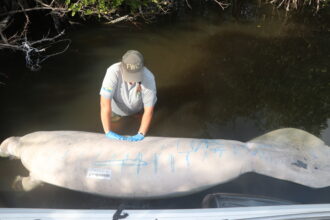 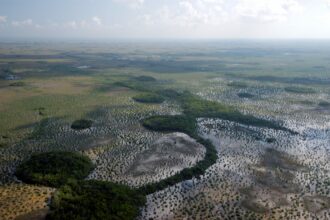 Moving Water in the Everglades Sends a Cascade of Consequences, Some Anticipated and Some Not 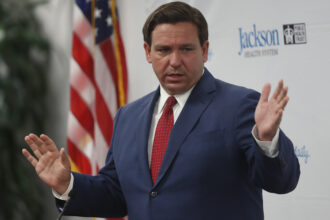