A message about climate change and renewable energy underlies a new bro-mantic comedy coming to theaters next month.

In “Bromates,” directed by Court Crandall (“Old School”) and starring Josh Brener (“Silicon Valley”) and Lil Rel Howery (“Get Out”), a pair of lifelong friends—Sid, a passionate solar panel salesman, and Jonesie, an eccentric, foolhardy womanizer—get dumped by their live-in girlfriends on the same day and decide to move in with each other. Through their misadventures that eventually lead to an odd encounter with rapper Snoop Dogg (played by himself), Sid excitedly tells everyone he meets—even the women he attempts to flirt with—about the benefits of solar energy, both for the environment and for energy savings.

Take a first look at the film in this exclusive clip:

The inclusion of solar factoids was very intentional. The film is the brainchild of Chris Kemper, CEO of the solar company Palmetto, who co-wrote the script with Crandall. Kemper compared “Bromates” to “Don’t Look Up” as another example of an entertaining, comedic film with an underlying message about the environment.

“You can take these narratives and make them more mainstream, however subtle, it doesn’t have to be in your face,” Kemper said. “So it’s more of a dialogue. Like, after a movie, you’re talking to friends about it, those kinds of things.”

The blockchain Ethereum underwent a major software update this week that experts have compared to turning a gas-powered vehicle into an electric vehicle while the car is in motion. A report by the Crypto Carbon Ratings Institute found that the update reduced the electricity consumption of the blockchain—which supports the second-largest cryptocurrency, Ether—by 99.988 percent, and its carbon footprint by 99.992 percent.

On Thursday, the long-awaited Ethereum “merge,” as it is known, shifted the foundation of the blockchain without disrupting investments after nearly two years of preparation. The merge changed the way that transactions are validated on this cryptocurrency model, which unlike traditional currency systems is not backed by a centralized institution.

The fundamentals of the merge are complicated, but here’s the gist of what happened: the Ethereum blockchain formerly relied on a “proof of work” security method, where energy-intensive cryptocurrency mining computers solve complex equations to validate transactions in exchange for more cryptocurrency, to a “proof of stake” method, where significant investors validate transactions, staking a portion of their investment as a kind of collateral to keep them honest in their validations.

Shifting to “proof of stake” has long been seen as the most significant way to reduce the carbon footprint of the crypto industry. A White House report out this month estimated that crypto activity in the United States leads to approximately 25 to 50 metric tons of carbon dioxide emissions per year, similar to the amount emitted from diesel fuel used in the country’s railroads.

“Proof of work is wasteful by design,” said Scott Faber, senior vice president of government affairs at the Environmental Working Group. “And the merge shows that a code change from proof of work to proof of stake is possible.”

Now that Ethereum has made this shift, the pressure is on for Bitcoin to follow. Bitcoin accounts for about two-thirds of the electricity used by the crypto industry worldwide, according to the White House report. Environmental Working Group, Greenpeace and other organizations have launched a campaign urging leaders in technology and finance who have big investments in Bitcoin and presumably have sway within the Bitcoin community to shift the blockchain to proof of stake.

But if Bitcoin doesn’t make the shift, Faber said the government should step in and create energy efficiency standards for the crypto industry. The Biden administration appears willing to do so based on its recommendations in this month’s report.

“This is a significant moment that should cause the Bitcoin community to realize that the financial future of this asset depends on making this code change,” Faber said. “Smart people are not going to invest in a financial security that is going to generate more and more climate pollution.”

Listening to Young People on Climate

Young people have been front and center in climate advocacy the last several years as a population that will be alive in 2050 and beyond, when the worst effects of climate change begin to set in unless drastic action is taken now. Inspired by young activists, a public radio climate podcast gave their microphones to local eighth graders.

Two reporters from Higher Ground, a podcast from WSHU, spent the spring with an after-school science-education program in Bridgeport, Connecticut. Many of these students had learned about climate change in school and understood what was happening to the planet at large, said co-host J.D. Allen, a reporter for WSHU. While the students were familiar with Greta Thunberg and other activists who have pointed the blame at politicians and corporations for their inaction, Allen said, many did not know how climate change was manifesting in their own backyards.

Allen and his co-host, Sabrina Garone, taught the kids how to use recording equipment and encouraged them to find the effects of climate change in their neighborhoods. The five-episode podcast, funded by the Joan Ganz Cooney Center and Sesame Workshop, offers a look into the minds of teenagers as they search for these effects and ponder why they are happening. The students not only found problems, Allen said, but they started to brainstorm solutions.

“They blew me out of the water. They really really did,” he said. He recalled one young student who started the unit wondering why a shady tree in his front yard had been cut down, and just a few weeks later, the student was coming up with ideas for how to plant trees across Bridgeport to increase shade and reduce the effects of extreme heat.

“If we listen to young people and their ideas, and we present them to policymakers,” Allen said, “I would hope that listeners to the podcast might ask themselves, ‘Well, what ideas can come from young people in my community?’”

While about two-thirds of Americans support climate policies, most people in the country think the climate-conscious percentage only represents a little more than one-third of the population.

Researchers drew these conclusions from a survey of more than 6,000 Americans and published their findings last month in the journal Nature Communications. Americans from all ages, education levels and political groups vastly underestimated the broader population’s concern about climate change and support for climate policies in what researchers call a shared sense of a “false social reality.”

“While supporters outnumber opponents two to one, people perceive it to be the other way around,” said study author Gregg Sparkman, an assistant professor at Boston College. “And therefore a lot of Americans feel alone in their concern about climate change or might feel alone in thinking they want to take action on the issue but other people must not.”

Sparkman said he was surprised at just how large this gap was. “People weren’t just off a little bit, but they were off so much as to fully invert the perception of a supermajority of Americans down to just a minority was staggering to us.”

There is more research to be done to nail down exactly why Americans are so off in their perceptions about support for climate policy, Sparkman said, but this disconnect can cause people to withhold or soften their views on climate policy if they believe that other people don’t care about climate change. “If I’m worried about climate change, but I don’t think others are, if I have that thought then I’m likely to think maybe I’m overreacting, maybe it’s not such a big deal,” Sparkman said.

He hopes that the climate policies in the Inflation Reduction Act along with continued public opinion polling on Americans’ views on climate change will help break down this false social reality.

“These signals we hope will come together and help dispel this kind of myth that Americans aren’t worried about climate change,” Sparkman said. “Hopefully, this can create a kind of better narrative that illustrates that the United States is a nation of people who would like ambitious climate policies.” 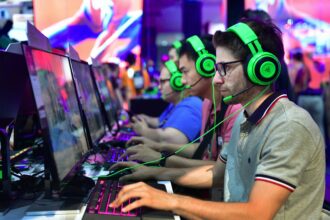 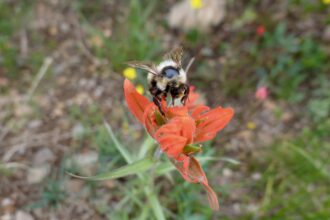 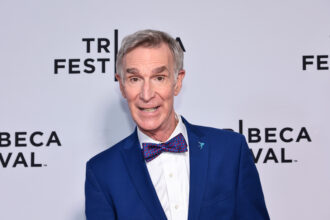