Carl Pope, a veteran leader of the environmental movement, is the former executive director and chairman of the Sierra Club.

The joint announcement between the U.S. and China of ambitious national commitments they plan to lay on the table for the Paris climate summit in December 2015 could indeed generate  momentum and reverse the climate tragedy—but only if governments and climate advocates shift their framing of the climate challenge.

The dominant story line remains that reducing emissions will be an economic burden, because fossil fuels are cheap, and clean replacements are expensive. This was true when the Kyoto Protocol was signed in 1997. Climate diplomacy therefore focused on who would bear the burden of a more costly low-carbon economy. Environmentalists’ main climate solution was to raise the cost of fossil energy by pricing carbon—and that argument gave coal and oil interests all the ammunition they needed to block climate progress.

Poor countries argued, reasonably, that the rich had created the problem, and therefore should pay for any expensive solution. But the rich nations were unwilling to make the needed sacrifice, fearing higher energy prices would favor their economic rivals, China and India. So climate diplomacy stalled—the Copenhagen climate summit in 2009 failed to reach a meaningful deal, and things were not looking much brighter for Paris next year.

The U.S.-China announcement signals a potential thaw, and has rightly been hailed.

But if you look at the numbers that Presidents Obama and Xi laid on the table, a huge problem emerges.

Both nations propose to emit far more carbon per capita than the atmosphere can tolerate. The U.S. needs to cut 2005 emissions by 2 percent a year through 2050. Obama’s pledge is about half that fast. China’s promises a 2030 emissions peak, but for the next 15 years its emissions will increase rapidly even as U.S. emissions  declines slowly. Europe has offered a more ambitious 40 percent cut by the year 2030—but the rest of the world is unlikely to make up the remaining deficit.

But there is no good reason why the U.S. can’t do much better than Obama’s promise—in fact, we are likely to do so. The same is true of China, once we take the new economics of low- carbon energy into account.

After Kyoto, climate diplomacy stalled because the narrative of shared sacrifice simply caused countries to play defense instead of trying to make progress.

Luckily, at the same time, the world embraced other approaches: research into clean energy; net metering arrangements for home solar panels; government purchases of clean energy; tax credits for conservation; rules for efficient cars; standards for buildings and appliances that use less energy. These were seen as work-arounds, until we negotiated a big climate treaty.

Lo and behold, these stopgaps transformed the energy sector even as environmentalists lamented their failure to put a price on carbon.

Since Kyoto, the world has seen the fastest shift in energy economics since kerosene replaced whale oil in the 1880s. In 1997 oil cost less than $20 a barrel, and coal in China was less than $10 a ton.  Wind power cost 15 cents per kwh. A solar panel was $8 per watt. There were no electric cars. Today, oil ranges from $80100 a barrel, Asian coal is up to $80 a ton, solar panels cost 35 cents per watt. Goldman Sachs reports that for many American drivers, electric cars are already cheaper than gasoline-powered equivalents.

Around the world this new reality is sinking in: Fossil fuels cost too much, are no longer reliable, and bring too many problems. Pakistan, unable to pay inflated prices for imported oil, imposed 22 hours of electricity blackout for lack of fuel. The burden of imported oil forced India’s central bank to raise interest rates and slam the brakes on economic growth.

Even throwing massive sums of money on the gambling table of exploration, the oil industry in 2013 found only half the oil needed to replace what’s being pumped—a record low. Coal companies went bankrupt at a record rate and cancelled big projects even faster.

Meanwhile, Denmark, India, Germany, Portugal, China and the U.S. kept breaking records for cheap, reliable and abundant wind and solar power. Omaha, Neb., discovered that it could cut the city’s carbon emissions in half, far more than EPA is asking, because its people wanted cleaner electrons, which over 20 years would cost them adding just 2 percent to their electric bill.

So it’s not price that locks us into over-reliance on fossil fuels—it’s the fact that our energy infrastructure was built to accommodate fossil fuels. That history gives coal and oil a market edge even after clean energy becomes cheaper.

Oil companies  borrow money cheaply for new, risky drilling projects—even if the oil found is likely to be unaffordable—because they have huge balance sheets.

Wind companies face pricey interest rates for turbines with no risk. Solar power would clearly be cheaper in Pakistan than oil, but international bankers aren’t comfortable financing a new technology in an unstable country.

So we don’t need a price on carbon to make clean energy affordable. For the first time, the low-price winds are in clean energy’s sails. Climate solutions don’t depend on who was at fault in the first place—they depend on global collaboration to accelerate cheaper, cleaner low-carbon energy. Clean energy gets cheaper by being deployed at scale, improving technology, bringing down manufacturing costs, getting bankers used to evaluating projects. The path that led to affordable solar panels combined NASA research, German feed-in tariffs, Chinese manufacturing subsidies, new Wall Street financial instruments and California net metering programs. How to sow more partnerships like that—intentionally, not by happenstance—ought to be the first order of climate diplomacy.

The prospects are mixed. Bloomberg New Energy Finance projected that two-thirds of new investments in power generation would be for renewables. But Barclay’s downgraded U.S. utility bonds, concluding that power companies would go down fighting the distributed solar revolution. Tesla is America’s best-rated car by Consumer Reports. But Sergio Marchionne, Fiat’s CEO, pathetically asks customers to avoid his 500e electric car. “I hope you don’t buy it because every time I sell one it costs me $14,000,” he said. An EV revolution, he was saying, would strand the assembly lines for internal combustion models the next time oil prices spike.

Displacing fossil fuels won’t be easy. But it will be profitable once governments intervene to block monopoly practices, create open markets, provide finance for a rapid low-carbon transition, and embrace the development opportunity created by the new technologies that were our first response to climate risk.

So the real test of success in Paris is going to be how fast climate advocates can flip the public conversation from the old narrative that climate solutions require huge economic sacrifice— which causes negotiators to play defense—to the new understanding that clean energy unlocks tremendous economic opportunity, but requires global collaboration.

The pivot to an emphasis on opportunity was a hallmark of Secretary-General Ban Ki-moon’s recent climate summit at the United Nations, infused as it was with new energy from cities, the private sector and civil society at the massive march through Manhattan. The U.S.-China deal is also going to embolden other actors.

But the outdated narrative that climate solutions require burdensome and expensive cost increases in energy is still being driven home by the coal industry, the Koch Brothers, Russia and OPEC. Unfortunately, their main theme—action on climate means more expensive energy—is one that environmentalists set up for them and still echo too often, with their calls for pricing carbon.  (While  the U.S. Congress rejected carbon taxes, Saudi Arabia and Australia raised the price of oil and coal anyway. So, being the cheapest source of energy has nothing to do with the present reality or the future plans of fossil producers—the oil industry openly laments that to maintain production it needs not $100, but $120 prices.)

We need to call their bluff. We should worry more about what nations do to help bring down the price of clean energy, and expand its market access, and less about the debates over who caused the climate problem in the first place. We ought to stop talking about sacrifice and start enthusing about innovation. Will we realize this in time for Paris? 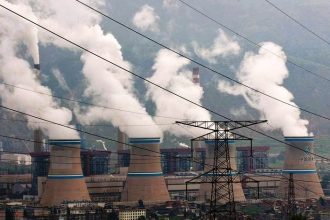 In Charts: Business as Usual for U.S. & China on Carbon

By Maria Gallucci and Paul Horn